Orlando: Our Stories of Heroes and Villains

Like all power, the power of story is a power that can be deployed for good or ill, for life or death.

We tell stories of good guys (our tribe) and bad guys (their tribe). And we know how that narrative has to play out: the good guys must win in the end.

A mass shooting a gay night club in Orlando does not happen out of the blue. It is made possible by the stories we tell. In this story people with guns are good guys and gay people are bad guys. We have to have the political and religious courage to change both narratives.

America’s gun narrative is as ludicrous as it is deadly. We have a peculiar love affair with guns. (Yes, I’ve owned a gun.) The Second Amendment to the Constitution has generated a story line in which having a gun lies at the heart of what it means to be a free and flourishing human being.

This story is broken in so many places it’s difficult to know where to begin. 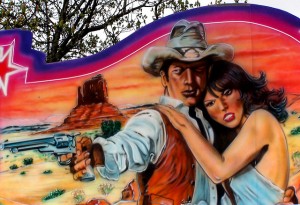 First, placing into one’s hands the ability to kill another human being is perhaps the gravest removal of that individual’s freedom we could imagine. Now the weight of the possibility that another person’s life might be taken, the minute-by-minute possibility that a human would die because of a decision we make, must be borne at all times.

In fact, one problem with so much of our gun culture is probably that too few of us are emotionally empathetic enough to realize the weight we carry when we carry a gun. We don’t understand the value of human life that is not our own or connected to the ones we love.

Our mass shooting epidemic demonstrates this. Our police shootings demonstrate this.

Second, the notion that the Second Amendment protects my right to defend my personal property or person can only be sustained by lopping off the first half of the Amendment. Our individualistic American narrative has reappropriated an Amendment that was written for collective protection. The Amendment is meant to allow for the establishment of state militias.

Our current retelling is broken. Emergency rooms and morgues across America are showing us this on a daily basis.

A few years ago I spoke at a conference whose theme was, “Ideas have consequences.” The idea that gay people are deranged or damaged or distorted or sinful or broken will always have consequences that are dangerous or deadly. 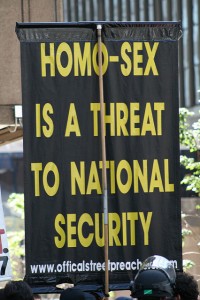 Any time we decide that a group of people is less than fully human we put their lives at risk. This is why African lives have been at risk since the time that the first one set foot on American soil in chains. This is why lives of women have so often been at risk—and especially so in patriarchal sub-cultures where their lesser status opens the door to dehumanizing treatment.

In American religious and sometimes political culture right now LGBTQ people are the bad guys. This is a story with consequences.

When we work to exclude people from civil rights (such as marriage) we work within a narrative that says they are less than fully human. When pointing our finger at someone as the ultimate embodiment of being a “sinner” is the litmus test for our fidelity to our organization’s commitment to our religion, we have committed an act of violence that will beget other acts of violence big and small.

For too long we have decided that gays are the bad guys. And good guys with guns know just what to do with those.

The Courage to Tell A Better Story

It takes a tremendous amount of courage to tell a different story. It means alienating ourselves from people who are close to us precisely because of how we’ve woven the narrative together.

The gun narrative is on all of us in the U.S. We have to make it politically and economically disastrous to fall in step with the gun lobby. We have to stop believing that the most danger-making instruments in our society make us safe.

The gay narrative is on us as religious people first and foremost. We are the ones who are driving the conversation, who are retrenching and shouting ever louder as LGBTQ people are being treated more and more like normal members of society and not like the society-destroying bad guys.

The father of the shooter has said that his son was outraged when he saw two men kissing. Of course, the father elsewhere says, he should not have shot those people, because “God himself will punish those involved in homosexuality.”

But the problem with people is that we will always try to be like God. Whoever our God is, that our ideal for ourselves writ large. We can’t get away from this. If God is going to exact vengeance on gay people, who is the one who so acts on earth but God’s faithful instrument?

The story has to chance more deeply than that–not just, “It’s God’s job, not ours,” to “No, really, these are not the bad guys.” And the sooner we realize that this means, “No, really, this is not a distortion or malfunction or deviance or sin,” the sooner we will begin to walk away from our complicity in the storyline that made the Orlando shooting possible. 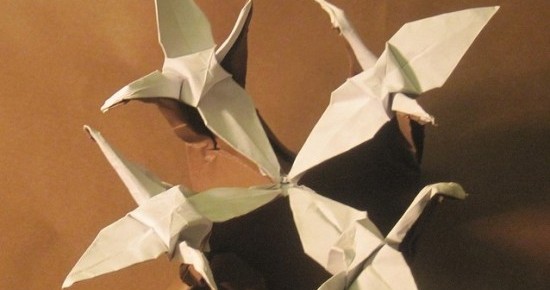 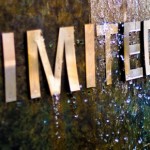