Checking In on Sodom 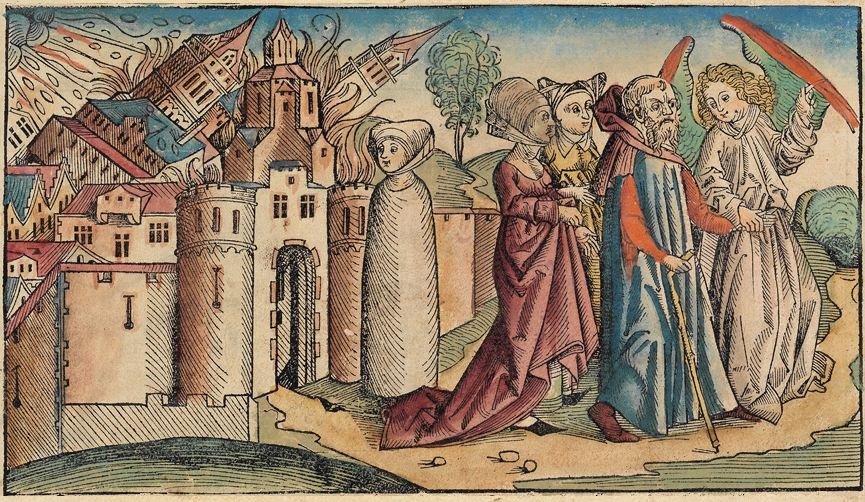 It’s good to keep coming around to places where we need to have our imaginations transformed—especially those portraits that have long histories. I firmly believe that the story of Sodom in Genesis 19 depicts one of, if not the greatest threats to the contemporary church.

And it has nothing to do with homosexuality.

Genesis 18 and 19 are vague and general when describing the reason that God has come down to investigate the city, but we’re not left without any clues:

The cry of Sodom and Gomorrah is great, and their sin is exceedingly great.

The NET Bible helpfully translates the Hebrew as “cry against,” and starts to point in the right direction when it says, “which apparently refers to the outcry for divine justice from those (unidentified persons) who observe its sinful ways.”

However, I think that explanation is a bit too weak.

There is no righteous observer sitting on the sidelines telling God what’s going on. When a cry like this arises it does so from those who are suffering under the hands of oppression, injustice, or violence (see the use of the same word in Gen 27:34; Exod 3:7, 9; 11:6; 12:30; 22:23; 1 Sam 9:16, etc.). The point isn’t that the word “cry out” carries some inherent description of what’s being done to the people, but that those who cry out are crying out under duress.

So when Abraham pleads on behalf of the city, asking God to spare it if God can find even ten righteous people within it, we are on the right track if we think of “righteous” or “just” people in terms of social justice. The question is whether there is anyone in Sodom who is maintaining their place of social, political, familial, and economic power in a way that is faithful to their neighbors.

Showing hospitality to strangers would fit into such a category of justice or injustice.

So what about that whole attempted male, gang-rape thing?

The fact that the men of Sodom wanted to gang rape the angelic men who came to visit Lot is the lynchpin of the notion that the sin of Sodom is same-sex intercourse.

August 17, 2016
Prayer Olympics and the Deliverance of God
Next Post