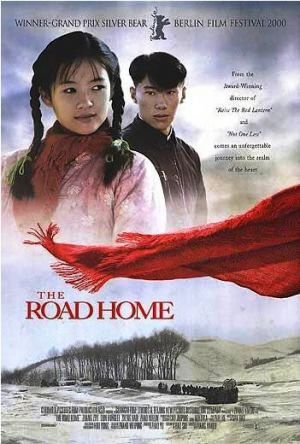 The great Chinese director Zhang Yimou is best known to Western audiences for his superb wuxiatrilogy: Hero, House of Flying Daggers, and Curse of the Golden Flower. This trio of films, with their spectacular colors, brawny action sequences, and breathtaking set pieces, has earned him a reputation as “epic” in the truest sense of the word.

Audiences who marvel at the scope and scale of his more famous works may be surprised to learn that The Road Home, a Yimou film made barely two years earlier, displays none of the spectacle and melodrama for which he has grown so famous. In fact, this 2000 work is powerful precisely because it eschews the massive palette and epic flavor of his later works for the sake of a smaller, more personal story.

The film begins in modern-day China, when Luo Yusheng, a young city-dweller, returns to the village of his youth to help his mother, Zhao Di (Zhang Ziyi), cope with his father’s recent death. At the request of the local townsfolk, he tries to convince her to forgo the tradition of carrying his father’s body back to the village by hand—a custom that will assure the dead man’s spirit of finding its way home. Although profoundly grateful to the deceased man for a lifetime spent laboring as the village’s lone schoolteacher, the locals are unable to comply with the widow’s request. 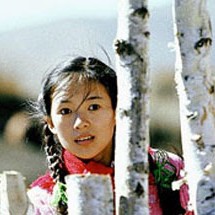 Embarrassed by his predicament, the mayor confides to Luo that generations of young villagers have fled the harsh conditions of the town, drawn by the seeming prosperity of the surrounding cities. Over the years, their departure has robbed the town of the manpower necessary to perform the ceremony, and the mayor begs the young man to search for a way around his mother’s intractable resolve.

As Luo works to convince his mother that her desires for a traditional burial procession are both unnecessary and impractical, he is reminded of his parents’ unusual and inspiring courtship—a tale that is legendary in the village for its innocence, purity, and example of unwavering resolve in the face of seemingly insurmountable obstacles.

In a long, brilliantly colored flashback, the burgeoning love between young Di and her beloved schoolteacher, Luo Changyu, is revealed—and, along with it, the deeper reason why she is so anxious for his remains to be transported along the long, hard country road: That road is part of their love story, an essential component of their courtship. Throughout the years of forced separation, its presence was the dusty, comforting thread that tied the two young lovers together. (In an unusual twist, Yimou shows the past in color and the present in black and white, rather than the other way around—the only obvious cultural commentary he allows himself.) 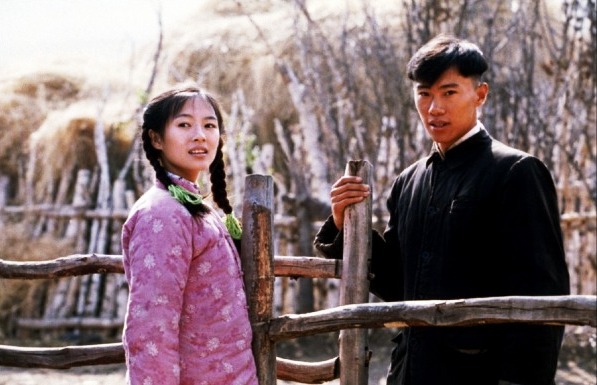 Experiencing the extraordinary power of Di and Luo’s love once again, their son is reminded of the commitment and selflessness that lies at the root of all successful relationships. He decides to support his mother’s wishes; the traditional journey will serve not only as a fitting endorsement of his father’s life, but as the ultimate recognition of the deep and remarkable gift their love was to the village, to their son, and to each other. Challenged by that love, the villagers are driven to look beyond themselves and help Di achieve the closure she so desperately seeks.

The film is wonderfully shot and acted, as one would expect from Yimou, ever the master craftsman. But the subtle, small story is so unlike the wuxia films for which he is famous—its mood such a dramatic change of pace—it may well prove jarring for those familiar with his more obvious films. It would be a shame if The Road Home were disregarded because its story is slight and personal rather than massive or political. Small and personal is, after all, the realm in which most of us live.

Yimou does a marvelous job of showing that realm in all of its beauty: a realm populated by those small, endearing things we alone notice in our loved ones. The red cloth Di weaves for the schoolhouse beams—a traditional good-luck charm—reminds the young schoolteacher Luo of the red jacket his love wears on special occasions. So attached is he to this memento, he refuses to allow the town’s mayor to rebuild the broken-down schoolhouse. Di, in turn, for every single day of their forty-year marriage, walks past the schoolhouse, for no other reason than to hear the sound of his voice as he teaches the village children. Her absolute trust that Luo will return on the day he promised is matched only by his willingness to risk his freedom in an effort to keep his word. In the film’s most memorable scene, Di dashes madly across the beautiful mountain landscape in a desperate attempt to bring Luo her freshly baked mushroom dumplings, simply because she knows he will enjoy them—a total giving of self manifested in a seemingly mundane task.

Yimou’s reminder that Love’s greatest power is most often found in the details is a profound and important one. We can’t all be Anthony and Cleopatra, Jane Eyre and Edward Rochester, or Romeo and Juliet. Despite the unrealistic depictions of volcanic, all-consuming love that permeate our culture, few of us are called to love on a spectacular, melodramatic scale. In fact, many of us will show the greatness of our love not through the depth and power of our romanticism, but through the toils and joys of ordinary life.

Zhao Di’s love means everything to her. In that way, she is a match for the greatest romantic heroines. But that love manifests itself in gentler, more human ways: a “little way” of Love to which we should all aspire. 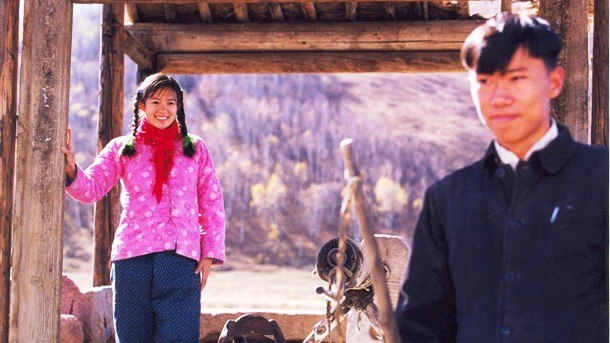 Attribution(s): All posters, publicity images, and movie stills are the property of Sony Pictures Classics and other respective production studios and distributors, and are intended for editorial use only. 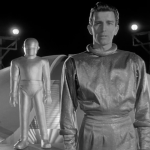 April 7, 2011
Standing Still at the Tipping Points
Next Post 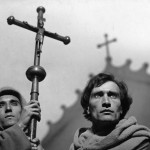 April 21, 2011 Bruised for Our Iniquities: "The Passion of Joan of Arc"
Recent Comments
0 | Leave a Comment
Browse Our Archives
get the latest from
Catholic
Sign up for our newsletter
POPULAR AT PATHEOS Catholic
1

On the Road to Blessed Sainthood
Catholic Bard
Related posts from Summa This, Summa That