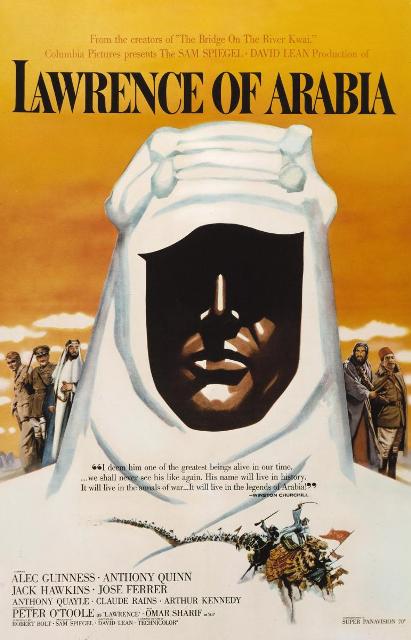 Today’s recommendation is long and asture and definitely a downer, but just as definitely “A Film You Should Watch, Even If You Don’t Really Want To Right Now:” David Lean’s searing and unsettling magnum opus, Lawrence of Arabia.

It’s not my favorite Lean. (That distinction falls to Brief Encounter. And then, maybe, to Great Expectations or even Hobson’s Choice.) And I’m not convinced that it’s his most complete and compelling story. (Again, I think that’s probably Brief Encounter, or perhaps Bridge on the River Kwai.) Heck, I’m not even convinced I want to watch it again myself. At least not any time soon. …unless, of course, the opportunity to watch it on a big screen comes up. Because I suspect that Roger Ebert is spot-on when he says that experience “is on the short list of things that must be done during the lifetime of every lover of film.”

Sadly, such opportunities are few-and-far between, so in the meantime, the “Restored” version is available on NETFLIX INSTANT and AMAZON PRIME INSTANT, and can be rented from ANY NUMBER OF SOURCES ($).

This Oscar-winning epic tells the true story of T.E. Lawrence, who helped unite warring Arab tribes to strike back against the Turks in World War I. It won seven Oscars, including Best Picture, plus nominations for Peter O’Toole and Omar Sharif.

Lest my opening lines serve as more of a deterrent than I intended, I’ll be direct: If you haven’t seen this film yet, you should. You really, really should. It’s amazing.

My reservations and warnings about length and tone are not meant to suggest that it’s got a “homework” kind-of-feel to it. Like homework, it can be hard to get through, so you might need to pick your time-and-place a bit. (Friday Night Fun Flick? Nope. Worthwhile? Definitely.)

It’s a tough film to watch, surely, and that makes it a tough sell. But for me, that toughness is really just the result of its dark subject matter  — especially the second half descent into madness of its title character. It’s sad; discouraging, even. But not boring. …as evidenced by the fact that I sat down this morning and (quickly) came up with four or five stand-out features, any one of which would make it worth watching even if that’s all it had to offer.

Of course, that list must start with the performance of “Piercing Blue-Eyes” himself, the magnetic Peter O’Toole. His performance is worth every accolade and glowing think-piece and gushing torrent of praise spilled on it.

Next up, I’d mention the exotic, spectacular score of Maurice Jarre. It’s not many films that can get away with an opening featuring nearly four and a half minutes of overture (and no visual), but if your overture’s being written by Jarre, you can get away with it. (The only thing more audacious than opening with an overture? Having your next sequence by the incredibly-foreshadowy motorcycle preparation set to Jarre’s jarringly cheery music — or at least jarring to those who know “the rest of the story.”)

Third, Robert Bolt’s “rugby scramble” of a script, whose biting brilliance could be easily (if unfairly) overshadowed by the film’s stunning, overwhelming visuals.

Which bring me, fourthly (and utterly unsurprisingly), to F. A. (Freddie) Young, the film’s DP. It’s hard to imagine this film having the same impact without his contributions. In fact, it’s hard to imagine it existing at all. There’s simply no way to think about Lawrence of Arabia without leaning heavily on its desolate-yet-beautiful vistas. Just look at the way the above image cimultaneiously captures the loneliness of its subject and the beauty and inherent otherness of its setting. (I’ll be honest. The visuals are such a huge part of experiencing the film, I’m almost reluctant to recommend it, since that it will probably be seen in a less than optimal resolution. But after a bit of internal back-and-forth, I still think it’s worth it.)

And last? Lean himself. Not only does the film feature all the technical and visual and pacing prowess of the perfectionist editor-turned-director, it also falls firmly into that category populated by so many great works from other great directors: Films that are probably just as much about their creators and the creative process as they are about their (at least nominally) historical subjects. Sure, Lawrence of Arabia is about T.E. Lawrence (at least nominally). But it’s always felt to me like it’s also about David Lean.

“There is the railway. And that is the desert. From here until we reach the other side, no water but what we carry with us. For the camels, no water at all. If the camels die, we die. And in twenty days they will start to die.”

Attribution(s): All posters, publicity images, and stills are the property of Columbia/Sony Pictures and other respective production studios and distributors. 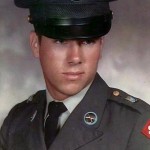 November 11, 2015
Commendable in the Eyes of God, Country, and Family
Next Post

November 16, 2015 SSF: "The Monk and the Fish"
Recent Comments
0 | Leave a Comment
"Did you manage to find if this was Alda or Asimov? I can't find either."
John Ender Intriguing Quote of the Day, Courtesy ..."
"I'm not sure there is a conclusion to be drawn, Burnetten, other than the one ..."
Joseph Susanka A Handful Of Mighty Musical Hunters
"Thanks for this assessment. I wish that some conclusions had been drawn. The similarity between ..."
burnetten A Handful Of Mighty Musical Hunters
"It's hard to be human and have choices? It's easy to be a dog or ..."
Fern Henley An Uncomfortably Challenging Quote from Aleksandr ..."
Browse Our Archives
Related posts from Summa This, Summa That 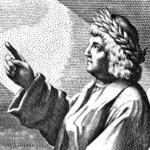