SSF: “The Monk and the Fish”

Today’s short crossed my path this past weekend courtesy of a Facebook friend to whom I am now immensely grateful.

I’d never seen it before. Never even heard of it, in fact. Which is flat-out inexcusable, given how much I love its creator (Michaël Dudok De Wit, whose Father and Daughter is 100% — maybe even 110% — guaranteed to make you tear up) and its musical backbone (“La Folia,” used by pretty much every composer ever).

It’s funny, fun to look at, and sounds fantastic. What more could you want?

OK, fine. Here’s a bit more from the folks at OpenCulture:

The London-based artist hand-painted each frame in ink and watercolor. Like the story, the visual style was inspired by the Far East. “The Japanese in particular, and also the Chinese and Koreans,” said Dudok de Wit, “have a way of using negative space, of not filling the picture, which is very typical of the Far East and very untypical of the West. We can be inspired by it, but it’s profoundly in their culture–in their genes maybe, and not so much in ours. It’s not just about the brush line, it’s also the space around the line that is inspiring.”

For the music, Dudok de Wit chose a classic from the Western canon, “La Folia,” a traditional theme that was often adapted or quoted by composers like Bach, Vivaldi, Corelli, Handel and Liszt. The filmmaker selected a few of his favorite variations–mainly from Corelli and Vivaldi–and asked composer Serge Besset to listen to them and create a new version to fit the film.

Attribution(s): All artwork, publicity images, and stills are the property of Michaël Dudok De Wit. This short is made available via a Creative Commons Attribution-NonCommercial-NoDerivs 3.0 Unported (CC BY-NC-ND 3.0) license. 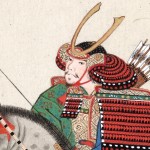 November 17, 2015 Celebrating Javier Navarrete's Patchwork Score for "The Warrior's Way"
Recent Comments
0 | Leave a Comment
"Did you manage to find if this was Alda or Asimov? I can't find either."
John Ender Intriguing Quote of the Day, Courtesy ..."
"I'm not sure there is a conclusion to be drawn, Burnetten, other than the one ..."
Joseph Susanka A Handful Of Mighty Musical Hunters
"Thanks for this assessment. I wish that some conclusions had been drawn. The similarity between ..."
burnetten A Handful Of Mighty Musical Hunters
"It's hard to be human and have choices? It's easy to be a dog or ..."
Fern Henley An Uncomfortably Challenging Quote from Aleksandr ..."
Browse Our Archives
get the latest from
Catholic
Sign up for our newsletter
POPULAR AT PATHEOS Catholic
1

On the Patriot Front's Appearance at...
Steel Magnificat
Related posts from Summa This, Summa That 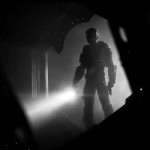