The Surprising Link Between Lucretius’ “On the Nature of Things” and Ridley Scott’s “The Martian” October 28, 2015 Joseph Susanka 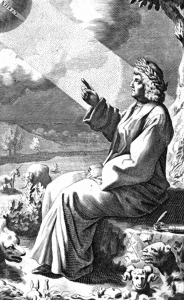 Here’s a fun account of (some of) the thoughts that went into the music behind Scott’s highly-successful The Martian — an account (via Daniel Schweigber’s interview with composer Harry Gregson-Williams over at Film Music Magazine) that features a surprise cameo from Rome’s very own Lucretius:

A key area for me was how to play “us” looking on at him as it were. Everything Mark does becomes well-known and public knowledge. There’s a lot of warmth and good will that he feels through his limited communication, and one of the ways I was able to express that was literally through the human voices of a choir. I drew their text from “On the Nature of Things” by Lucretius who was a Roman philosopher who lived before Christ. It creates music that is “holy” without being specifically religious as such. His text is concerned with the infinity of space and our place in the universe, which seemed appropriate.

No, I didn’t ferret this out for myself; the aforementioned “Song Exploder” podcast’s host (Hrishikesh Hirway) mentioned it, and I just happened to be listening. Which means (sadly) that I can’t take much credit for it, other than for the fact that I have ears. But it also means (happily) that I can share the entire “Song Exploder”episode with you. And it’s very fun. G-W’s discussion of the choir begins around the 7:50 mark, and I really like the way he was anxious for them to be singing actual words rather than just “oohing and aahing” like the “typical Hollywood choir.” Having yet to see the film, I can’t speak so much to the appropriateness of the text (and I moved right on past the “holy but not religious” line), but the point about how he was using the choir to try and get at the problem of “‘us’ looking at him” is really cool stuff. Attribution(s): “Lucretius” by Michael Burghers (source) is licensed under Public Domain via Wikimedia Commons. 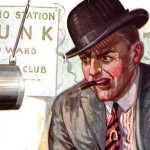 October 27, 2015
Some People Put A Microphone In My Face. You Won't Believe What Happened NEXT!!!
Next Post 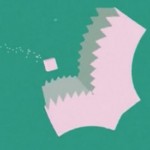 October 29, 2015 Exploring "The Illusion of Life" With Disney's Nine Old Men
Recent Comments
0 | Leave a Comment
"Did you manage to find if this was Alda or Asimov? I can't find either."
John Ender Intriguing Quote of the Day, Courtesy ..."
"I'm not sure there is a conclusion to be drawn, Burnetten, other than the one ..."
Joseph Susanka A Handful Of Mighty Musical Hunters
"Thanks for this assessment. I wish that some conclusions had been drawn. The similarity between ..."
burnetten A Handful Of Mighty Musical Hunters
"It's hard to be human and have choices? It's easy to be a dog or ..."
Fern Henley An Uncomfortably Challenging Quote from Aleksandr ..."
Browse Our Archives
get the latest from
Catholic
Sign up for our newsletter
POPULAR AT PATHEOS Catholic
1