Hrishikesh Hirway’s “SongExploder,” which I discovered through the crazy folks at MaximumFun.org, is one of my regular podcast stops. Described as “a podcast where musicians take apart their songs, and piece by piece, tell the story of how they were made,” it tends to focus on electronic music — which is a) unsurprising, given its stated interest in pulling apart/putting together, and b) not my genre of choice. However, it’s exactly the sort of “Man Behind the Curtain” thing that I love. So I listen to it (and enjoy it greatly) even though it seems like a bit of an odd fit for me.

This week’s episode, though, wasn’t just good; it was great. Absolutely blew me away.

In May 2014, the video game company Ubisoft released “Watch Dogs,” about a vigilante hacker in Chicago in the near future.

The music for the game was made by Brian Reitzell, who played drums in the bands Air and Red Kross before becoming a composer and music supervisor for films like Lost In Translation and Beginners. He also creates the music for the NBC television show “Hannibal.”

The final product is not particularly melodic, and the game sounds like the sort of thing that a) I would be terrible at playing, and b) I would not enjoy playing even if I were to somehow become good at it. Yet as someone who is fascinated by/obsesses over music in all things — movies, television, computer games, and even commercials — I was susceptible to this particular podcast’s charms.

Reitzell does a great job of quickly and succinctly (and humorously) setting up the obstacles that face a composer of video-game music, and an equally great job of describing how he overcame the sizable creative challenge of creating a coherent, immersive, and (most importantly) effective soundtrack for an adventure whose story beats he cannot control. (Hint: Modules, man; musical modules.)

Also. there’s a Tangerine Dream reference. What’s not to like? 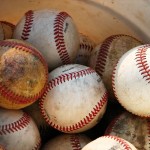 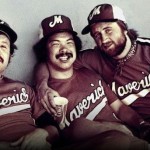 August 8, 2014 SVS: "The Battered Bastards of Baseball"
Recent Comments
0 | Leave a Comment
Browse Our Archives
get the latest from
Catholic
Sign up for our newsletter
POPULAR AT PATHEOS Catholic
1

Catholic
Now THIS Is What Coldness Sounds Like!
Summa This, Summa That
TRENDING AT PATHEOS Catholic