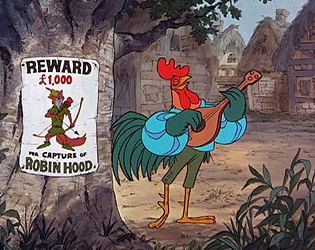 Wednesdays have always been the toughest workdays for me to handle.

But Wednesdays just sit there, obdurate.

Which is why Brandon Vogt’s mention of Roger Miller’s beloved “Whistle Stop” is the most valuable thing that’s happened to me all day. Inspired by its cheery playfulness, Saturday feels suddenly within reach.

Hopefully most recognizable as the opening cut from Disney’s Robin Hood — singer/songwriter Roger Miller voiced the poultry (not to be confused with “portly”) Alan-A-Dale, the film’s musical narrator — the song has attained some relatively recent and repetitious notoriety as the Hamster Dance Song. But it will always remind me of a rooster…

…and it will always make me smile. 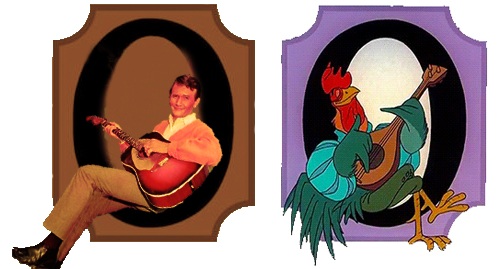 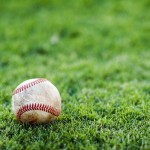 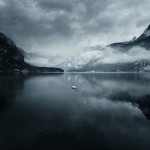 February 21, 2013 Mesmerizing Time-Lapse Imagery of Austria's Lake Hallstatt
Recent Comments
0 | Leave a Comment
"Did you manage to find if this was Alda or Asimov? I can't find either."
John Ender Intriguing Quote of the Day, Courtesy ..."
"I'm not sure there is a conclusion to be drawn, Burnetten, other than the one ..."
Joseph Susanka A Handful Of Mighty Musical Hunters
"Thanks for this assessment. I wish that some conclusions had been drawn. The similarity between ..."
burnetten A Handful Of Mighty Musical Hunters
"It's hard to be human and have choices? It's easy to be a dog or ..."
Fern Henley An Uncomfortably Challenging Quote from Aleksandr ..."
Browse Our Archives
get the latest from
Catholic
Sign up for our newsletter
POPULAR AT PATHEOS Catholic
1

Catholic
SVS: "Air Force One"
Summa This, Summa That
TRENDING AT PATHEOS Catholic