SVS: “The Secret of Kells” 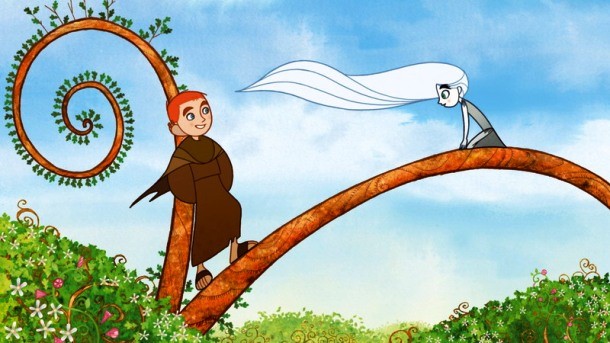 The Secret of Kells is one of my favorite…

The Secret of Kells is one of the finest animated films in recent memory. Period. (It’s also the first film I watched in New York City. And by “first,” I mean “only.”)

Sprung from the fertile creative minds of Irish directorial duo Tomm Moore and Nora Twomey, it’s visually stunning, often charming, sometimes unsettling, and entirely unforgettable, displaying a grace and subtlety and a wonderful “blend of simplicity and elaboration” rarely found in contemporary animation. Or, at least, rarely found in works not attributable to a Miyazaki.  The hand-drawn style is disarmingly simple and beautiful, and perhaps not quite as simple as it seems — which is pretty much the perfect way to describe the story, as well. And don’t even get me started on the music.

It’s on NETFLIX INSTANT. And HULU PLUS. And if you’re willing to put up with a few commercials, it’s also available for FREE on HULU.

When Vikings attack an Irish abbey, the monks must stop work on the legendary Book of Kells and protect their home. So Brendan, the 12-year-old nephew of Abbott Cellach, is tasked with completing the magnificent work. Beautifully drawn and refreshingly calm, The Secret of Kells hearkens back to animation’s golden age with an enchanting tale inspired by Irish mythology.

When you’re done, you can read this two-part conversation between Steven Greydanus and Jeffrey Overstreet, HERE and HERE. Oh, and keep an eye on Song of the Sea, Tomm Moore’s follow-up film, which just secured its US release. It’s about selkies, and therefore inherently awesome.

Attribution(s): All posters, publicity images, and movie stills are the property of GKids and all other respective production studios and film distributors, and are intended for editorial use only. 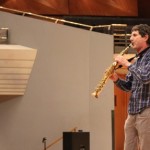 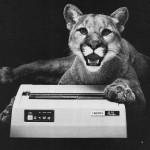 March 1, 2014 Appropriate Title? There Is None.
Recent Comments
0 | Leave a Comment
Browse Our Archives
get the latest from
Catholic
Sign up for our newsletter
POPULAR AT PATHEOS Catholic
1

Racial Justice and Third Party Politics:...
Cracks in Postmodernity
Related posts from Summa This, Summa That