The Bruce Rowland-penned score for The Man from Snowy River is fantastic, and a significant factor in the film’s status as A Fast Favorite of the Susanka Seven. Yes, I’m sure the whips and horses and the insane plunge down the cliffside are all part of its charm, as well. But the soundtrack is spectacular.

For the boys, the film’s musical appeal is largely tied to “The Chase” — a track for which they clamor with heart-warming regularity. Once it’s playing, they tear around the living room with (w)reckless abandon. (Come to think of it, they do that all the time, anyway. But with the score, they’re particularly lively.)

For me, though, it’s always been “Clancy’s Theme.”

Love the humming — both at the opening and at the close — and the flute/recorder-y sound blends wonderfully with the piano and guitar. (I also love the Irish “rebel song” Rowland’s quoting: “Boolavogue.” Rowland’s tempo is better, though. And the humming, remember? Don’t forget that.)

Bonus Irritation: It’s not streaming anywhere. You could get it on DVD from NETFLIX, or rent it from AMAZON($) or GOOGLE PLAY($) or ETC($). But no easily-available streaming source, which means I can’t use it for one of my Friday Recommendations. How is it that my every whim is not being satisfied? The Interwebs are amazingly frustrating places! 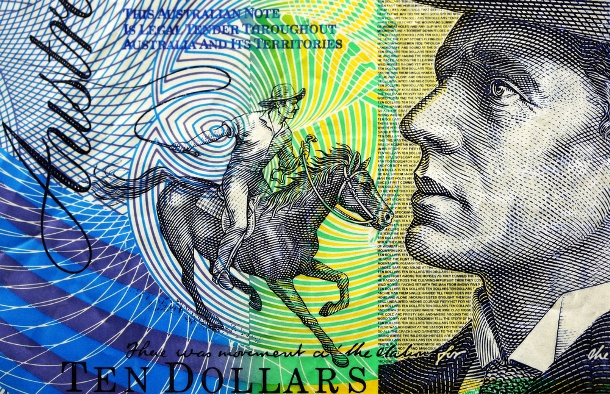 Attribution(s): Photos courtesy of Getty Images, which allows the use of certain images “as long as the photo is not used for commercial purposes (meaning in an advertisement or in any way intended to sell a product, raise money, or promote or endorse something);” close-up of the image of Banjo Paterson featured on the Australian ten-dollar note comes from Shutterstock. 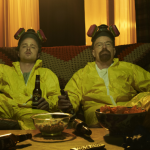 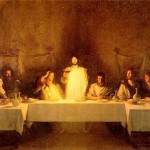 May 8, 2014 Graham Greene's "The Hint of an Explanation" Offers Much More Than a Hint
Recent Comments
0 | Leave a Comment
"Did you manage to find if this was Alda or Asimov? I can't find either."
John Ender Intriguing Quote of the Day, Courtesy ..."
"I'm not sure there is a conclusion to be drawn, Burnetten, other than the one ..."
Joseph Susanka A Handful Of Mighty Musical Hunters
"Thanks for this assessment. I wish that some conclusions had been drawn. The similarity between ..."
burnetten A Handful Of Mighty Musical Hunters
"It's hard to be human and have choices? It's easy to be a dog or ..."
Fern Henley An Uncomfortably Challenging Quote from Aleksandr ..."
Browse Our Archives
Related posts from Summa This, Summa That