Parked By the Jukebox with The Pennywhistlers and “Run Come See”

Parked By the Jukebox with The Pennywhistlers and “Run Come See” October 6, 2015 Joseph Susanka

What am I listening to today, you ask? “Run, Come See Jerusalem,” an old Bahamian Song by (maybe?) Blind Blake Higgs, about the Great Hurricane of 1929 and the sinking of a ship named The Pretoria (if I understand the lyrics/what’s going on).

This one’s from The Pennywhistlers, which (if Wikipedia can be trusted) were “an American singing group founded by folklorist and singer Ethel Raim and popular during the 1960s folk music revival, specializing in Eastern European choral music, sung primarily A cappella.” (In fairness to The Wiki guys, the Smithsonian Folkways site describes them in pretty much exactly those terms, adding that “folk singer Theodore Bikel, in his autobiography Theo, called the Pennywhistlers ‘the closest to the real thing in authenticity in the United States.’”)

Awesome stuff. (Here’s The Weavers’ version, by way of comparison. And The Brothers Four’s version. And Arlo Guthrie & Pete Seeger’s. And even The Highwaymen. But I think The Phoenix Singers’s setting is the only one that really approaches the tight harmonies and melodic drive of The Pennywhistlers.)

The whole eponymous album is pretty fun, really. Especially “Tudora” and “Amar Rabbi Akiva.” And “Amen,”  of course. Take it away! 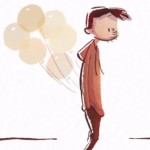 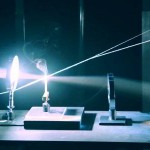 October 7, 2015 Shedding A Little More Light On Mr. Rube Goldberg
Recent Comments
0 | Leave a Comment
Browse Our Archives
get the latest from
Catholic
Sign up for our newsletter
POPULAR AT PATHEOS Catholic
1

Facing this Election, We Must Recall...
suspended in her jar
Related posts from Summa This, Summa That

Catholic
Now THIS Is What Coldness Sounds Like!
Summa This, Summa That
TRENDING AT PATHEOS Catholic