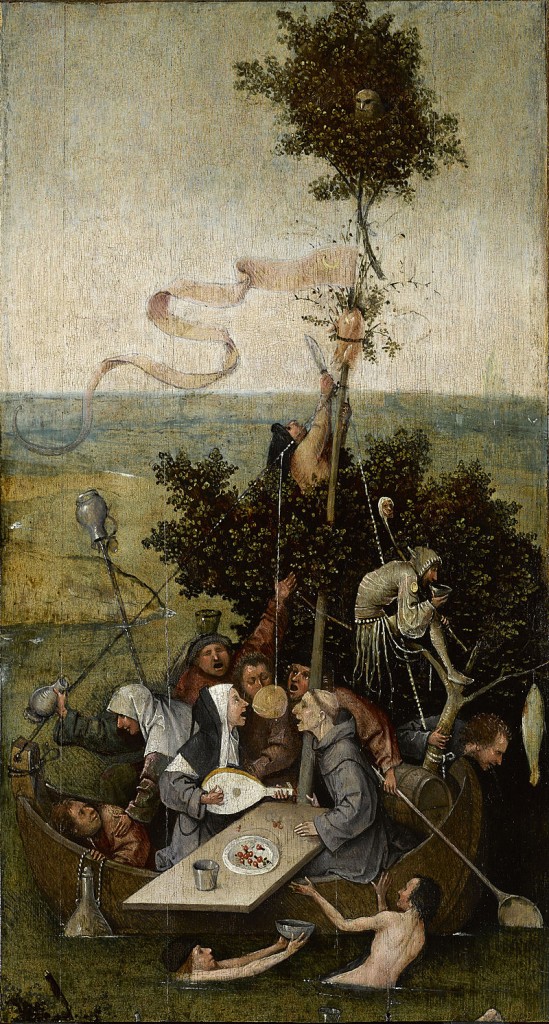 Catholics ought to be well aware of our obligation to vote with moral seriousness, even if we disagree on what, precisely, this might mean. This EWTN  guide points to the centrality of abortion as a moral issue, but fails to distinguish between a candidate’s support for abortion and the actual consequences of policies – as I elaborated in an earlier post. The Catholic Answers Voter’s Guide emphasizes the five non-negotiables” – but, as Bad Catholic points out here, the “five non-negotiables” are not actually authoritative teaching. Some groups – including EWTN in another post – advocate “religious liberty”as a central tenet – which means, if St. Thomas Aquinas were running for president today, he’d be an illegitimate candidate due to his support for the killing of heretics (See ST, SS, Q 11 A 3).

So, the Church is a large family, with a lot of bickering. But one thing we do know is that we are to approach our political participation with moral gravity.

So, what does this mean?

The act of voting has two poles: first, the form of the act, and second, its material consequences. But it’s hard to pinpoint the precise content of this kind of act,  disseminated as it is over an array of intentions, assessments, beliefs, and probabilities. The common definition of a vote as a “formal expression of a person’s choice” emphasizes the form of the act, but leaves out the dimension of material consequences – which is a little amusing, since it reveals the extent to which our participation in the process is illusory.

The formal content of the act of voting is a mixture of disposition and desire. Robert Sokolowski, in The Phenomenology of the Human Person, argues that the vote can never be reduced to mere intention, and is incomplete until one has done the deed of casting the ballot. This makes sense, and yet we shouldn’t diminish the significance of the moral content of a person’s intention in the phenomenological sense of object-relatedness, the stance one takes towards an object.

For instance, if I am looking at a kitten, even if I do nothing to it physically, my object-relatedness, on the intellectual and affective level, is morally relevant. If my disposition is to loathe the kitten, if my desire is for the kitten’s death, I am not in right moral relation to the kitten even if I do nothing physically. The person as subject has an inner life as vast and unplumbed as any physical infinity, and for this inner depth to be a place of hatred and violence is morally dire. This is politically significant: we do not want a society made up of people who look at kittens with loathing and death-wishes.

There are a number of morally acceptable dispositions and desires: we may have a disposition of hope for the good, or fear of evil. We may desire to implement better policies, to protect life, to make a “statement.” It is certainly a viable option to vote in order to stop another candidate who appears to be deeply dangerous.

The two primary dispositions I am seeing supporters Trump are very different. One is resentment and anger. While certainly our nation faces serious problems right now, at home and abroad, I find it a little odd that not only the poor and disenfranchised, but also people who enjoy all the benefits of contemporary civilization, many of whom have good jobs and fine homes, are locked into this disposition of resentment, reiterating the mantra that we are “fed up” and “not going to take it anymore.” Fed up with whom? Who is the enemy? If this were a good revenge novel, like The Count of Monte Cristo, we would know exactly who the enemy is. And we’d have a good elegant hero, and the hero would be focused, with a clear plan, a noble set of the jaw, set upon vengeance. But here, the rage is broad and vague, and ends up directed too often at the poor and the helpless. And, anyway, if one is a Christian, one doesn’t get to seek vengeance on one’s enemies, even in an exciting cloak-and-dagger way. I know, not much fun, but better for the sanity.

The other disposition is one of amusement or irony. We’re all being entertained or distracted. We’re bored, we’re frustrated, the system is rotten, blow it up, blow everything up. The daily grind is a pain, so give us a real-life action sequence. I get this, I really do. I may be committed to radical pacifism, but blasting at rotten pumpkins with a shotgun is still cathartic; so is thwacking at weeds with a machete. Maybe everyone needs to get out and farm a bit. Because this desire to see everything go boom is just another form of nihilism – and, as Karl Persson points out in a recent essay, Trump has the nihilist vote (insert necessary The Big Lebowski quotation here).

Reflecting on western civilization on the eve of World War I, Arnold Toynbee wrote: “[We] expected that life throughout the World would become more rational, more humane, and more democratic and that slowly but surely political democracy would produce greater social justice.  We had also expected that the progress of science and technology would make mankind richer and that this increasing wealth would gradually spread from the minority than the majority. We had expected that all this would happen peacefully. In fact, we though that mankind’s course was set for an earthly paradise, and that our approach towards this goal predestined for us by historical necessity” (Surviving the Future).

In certain respects the optimism of the late nineteenth and early twentieth centuries, tied to economic liberalism and progressive politics, mirrors many  post-modern attitudes of the late twentieth century, whether the military-industrial longings of the Right or the social engineering dreams of the Left.  And the dark underbelly of progressive optimism, whether in an overtly secular culture or in one which appropriates religion for power, is a deep spiritual ennui, which expresses itself in a drive for destruction.

At the same time that the West Toynbee spoke of was brimming with optimism, it was also longing for war. German writer George Heym wrote of his longing for war, “even an unjust one” (quoted by Roland Stromberg,  Redemption by War). Thomas Mann, who ought to have known better, wrote in a pamphlet in 1916: “war in a purification, a liberation, an enormous hope.” And let’s not just blame the Germans. A survey of French students in 1912 revealed that the most elite among them saw in war “an aesthetic ideal” (Twentieth Century Europe).

These were bored and coddled westerners, spoiled by their comforts, worshiping in churches that Nietzsche rightly had called the tombs of a dead god, their violent appetites whetted by their series of cute little colonial wars in which they had triumphed over aboriginal peoples, gotten good tans, then gone home to drink and flirt with women. And what was the outcome of this moral irresponsibility?

AJP Taylor wrote:  “The First World War was difficult to fit into the picture of a rational civilization advancing by ordered stages. The civilized men of the twentieth century had outdone in savagery the barbarians of all preceding ages, and their civilized virtues – organization, mechanical skill, self-sacrifice – had made war’s savagery all the more terrible. Modern man had developed powers which he was not fit to use. European civilization had been weighed in the balance and found wanting” (From Sarajevo to Potsdam).

Politics is not a game, though the debates may resemble a game show.  Voting because you want to see the system collapse may be tempting (it’s a rotten system, after all) – but when systems collapse, people die. I’m not just thinking of the possibility that Trump will throw a hissy fit and push the proverbial button – though it’s a concern. We’ve skirted too close to the brink in the past, to rest at ease at a time of such global unrest. But I’m thinking also of the refugees left to die, the torture of innocents, the poor with their safety nets pulled away, the chronically ill losing their medical care, the soldiers sent out to fight more destructive and fruitless wars, civilian casualties, the abortions that will happen when social welfare and medical coverage are lost. We need to think about the likely outcome, if the intention of a vote is realized.

Is it legitimate to vote for a lesser evil to stop a greater one? Possibly. A third party vote is also an option. If it’s upheaval we want, why not do a little constructive upheaving now, and think creatively about other options? Those in power need to hire some philosophers and historians, and take counsel from them, for a change (plug for the humanities here).

We hear repeatedly that it’s our duty to vote, that it’s important to be part of the process, that if we don’t vote we don’t get to complain, but I’m going to offer a different suggestion: vote with care, vote with a thought to reverberating consequences, vote seriously, or don’t vote at all.

Image credit: Hieronymus Bosch, The Ship of Fools. https://commons.wikimedia.org/wiki/File:Jheronimus_Bosch_011.jpgThe author died in 1516, so this work is in the public domain in its country of origin and other countries and areas where the copyright term is the author’s life plus 100 years or less.

Did the Mainstream Media and Bill...
Public Catholic