Dr. Estrangedlove, or How I Learned to Stop Worrying and Embrace My Inner Feminist 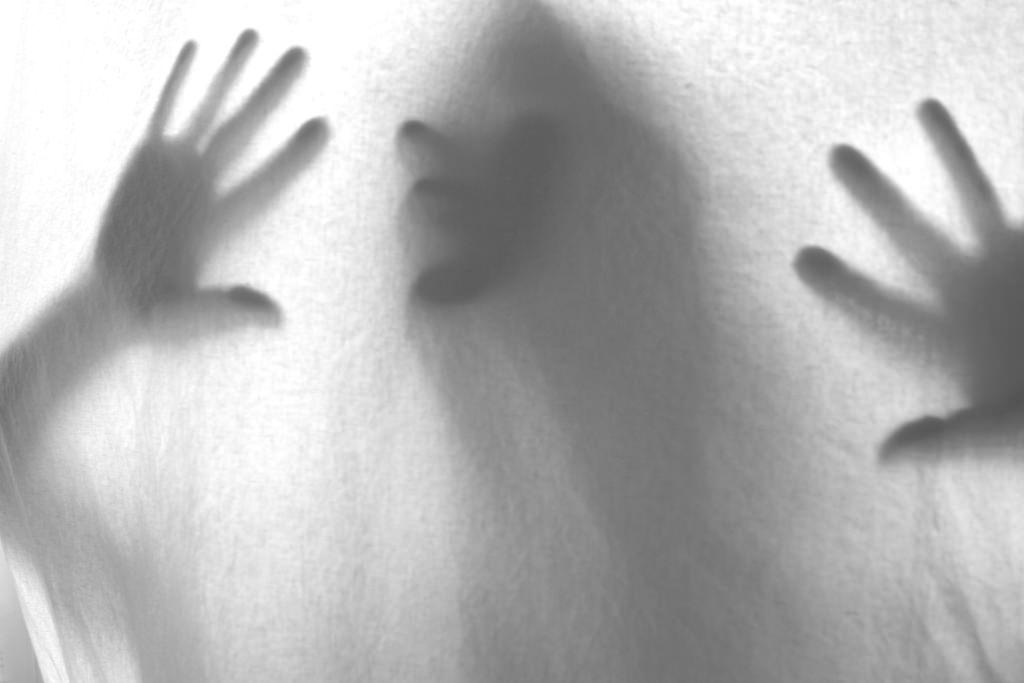 Growing up in the 80 and 90’s, there were two F words: the one you’re thinking of, and Feminism.  Neither were acceptable, both were the clearly the sign of the coming apocalypse, but the first “naughty” word I embraced sooner than the second.  After all: Fuck Feminism.

In high school, there seemed to be very few choices for expressing femininity.  Society’s stereotypes obscured the reality of living-breathing-vibrant women.  Three caricatures in particular stand out:

The feminists: short-haired, orthopaedic-shoed, space-age shoulder-padded – and, I was assured, sexless.  Second wave feminism, at least so far as I received the caricature, was in a continual state of fighting against: against children, against the family, against men, against the church.  Even, at least sartorially, against themselves.

What then?  The second stereotype was obviously the sex-bomb Barbie doll.  But entry to that coveted fold was denied me by dint of being proportioned like an actual woman, about which I felt the usual amount of crippling shame that I, too, was not worthy of being sexually harassed.  Besides, I told myself without a trace of internalized misogyny, if pretty: QED stupid.  So…nyah.

As a Catholic, I had a third alternative: the Church-sanctioned Feminine Genius.TM  Except that model of hyperfeminity, so attractive to those elusive Men and their Totally Necessary Approval; that meek, mild, mantilla-wearing, jean-skirted, barefoot-and-pregnant Mary-figure giving rise to the fetish trope of Modest Being Hottest didn’t suit me either.  I hate cooking.  I refuse to sew.  And while I may be tender, mild I ain’t.

Second wave Feminism seemed to reject the feminine. Sex-doll Barbie, that most maligned victim, existed to please men’s desires, and the Virginal Mary trope to appease those same men.  But all of the images I was handed as a young woman were false idols.  Not one of them was a real, living, breathing, wacky, powerful, vulnerable, and searingly unique model of femininity.

As a theatre artist and writer, I deal almost exclusively in representation.  And for many years after college, without even thinking much about it, I directed or wrote in the vein of great classic plays which have wonderful, vibrant, wacky, powerful, vulnerable, and searingly unique roles for men…and almost nothing for women.

Think I’m exaggerating?  Take a second to think about the first “classic” play or musical that springs to mind.  Chances are there are only three women of note: the love interest, the sexy young thing, and the overbearing mother figure.  What are their functions in the play?  To be the virtuous arm candy of the male lead, to be the counterpart vixen to the first or second male lead, and to be the sexless disapproving mama against every man on stage.  Or: Virgin Mary, Sex-doll Barbie, and 1980’s Feminist.  La plus ça change…

For my Master’s Thesis in 2009, I did a study of how adolescents were affected by taking on roles and saw the raw data for just how often my male actors landed the job—because the jobs existed—while my female actors had to battle out over half of the other applicants just to make the chorus, let alone to get a role worth playing.  And while we’re at it, were the roles written for women worth playing?  What good was I doing for the next generation if I was just perpetuating the Virgin/Whore/Crone model upon the young women in my charge?

What could I do to help?

That’s where the F-word comes in. 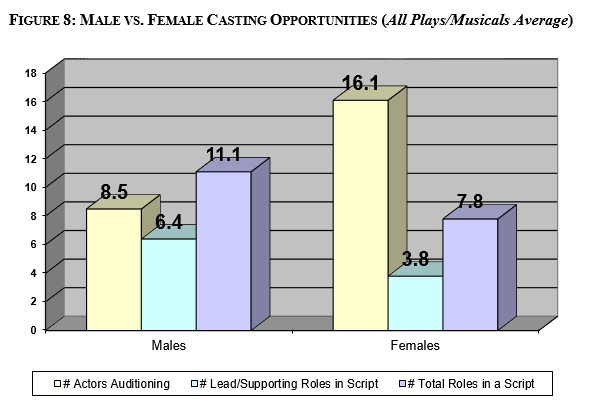 About the time I recognized the major imbalance in the way we represent women on the stage, Third and Fourth Wave Feminism rolled in.  With a more obviously positive approach—being for the needs of women—which allowed greater humanism and intersectionality— – so that I could be for women, including those in the womb, as well as for men – —I began to realize that slowly but surely I was becoming, or rather had always been a Feminist.

Feminism may have seemed to, for a time, gotten away from those original First Wave Feminists who fought for the vote.  Not as a means of destroying civilization but of restoring humanity.  And yet, having lived longer in the world and as a woman who owns companies, I sympathize more with my angry Second Wave sisters who just can’t with the patriarchy anymore, because of one too many years of #metoo.

The sexism I encounter, while occasionally sexually perverse, is more often from my well-meaning but literally patronizing Catholic brothers.  The type who like their gals mild.  The better to exert my own power, my dear.  I have been called “preachy,” “brazen,” “fallacious,” “a bit strong,” “rather opinionated,” “loud, isn’t she?” and, once, that after a Catholic fellow called me names, I was informed by this same gentleman that I was “not insulted.”

I’ve been the only woman in an important decision-making room, and the only person that every single man felt the need to hug and kiss upon entering and exiting—although I was a stranger to them, and they were old drinking buddies.  Nevertheless, they shook each other’s hands, but hugged and kissed myself no matter how I stuck out my own paw.  Because to these well-meaning Catholic brothers, my body still did not belong to me.  I’ve been the only woman in a room, running the room, and being called “kiddo,” and touched without permission on the hand, on the arm, on the back, to literally silence me for the job I was hired to do.  I have been the only woman in the room, and watched my job being given away in front of me to a third man who just admitted he had not done the work.  All of this: by good, Catholic men.  And too much of this alone.

And when I was in the room where it happened, what was I capable of doing?  Not as much as I would have liked.  One script had a single female character (disapproving Virgin crone in this case) against seven vibrant male leads.  Another script had a single female character (insipid Virgin hero-worshipper in that case) against twenty-eight active male roles.  I did my best to try to get the (male) playwrights to round out their women, even just a little.  Despite those playwrights’ protests that the actress should be—and I quote—“grateful and flattered” that she was given a role at all.

It infuriates me to think that these plays might actually be produced, while works that create much-needed jobs for female actors portraying much-needed representations of femininity in all its multifaceted vitality – rather than three reductive stereotypes – will never see the light of day. And that the cycle of another little girl looking for a mirror held up to her nature might struggle as I did, too.

Emily C. A. Snyder is an internationally produced and published playwright and novelist, whose work has been seen from Dublin, Ireland to Christchurch, New Zealand. She is the Artistic Director and Co-Founder of TURN TO FLESH PRODUCTIONS, a NYC theatre company that develops “new Shakespeare plays” but with vibrant roles for women on-stage and off. Her play Cupid and Psyche ~ A New Play in Blank Verse premiered in NYC to sold out audiences. Snyder has studied with members of the Royal Shakespeare Company in London and Stratford-upon-Avon, and holds her Masters in Theatre Education from Emerson College, and her Bachelors in English: Literature and Drama from Franciscan University of Steubenville. To learn more: emilycasnyder.info

January 6, 2018
Men: Try This One Weird Trick to Get Respect From Women
Next Post

January 15, 2018 Am I a Racist? An Examination of Conscience
Recent Comments
0 | Leave a Comment
Browse Our Archives
Related posts from suspended in her jar