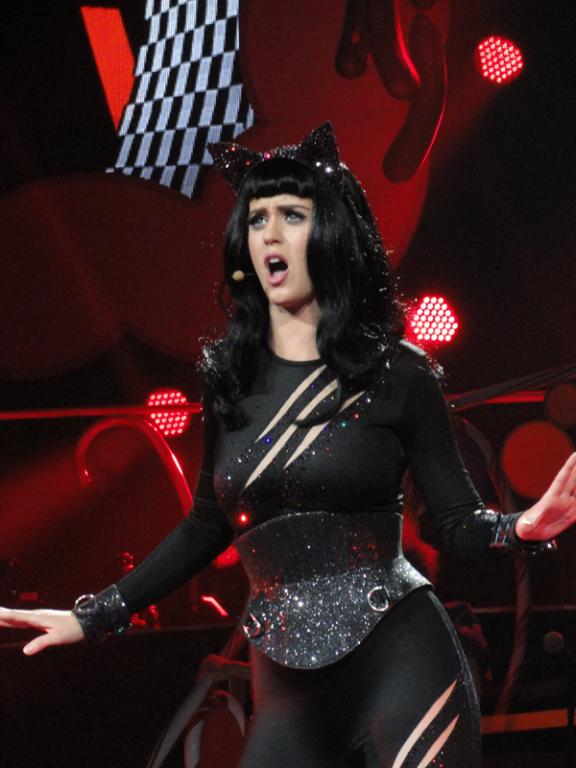 A few days ago, American Idol judge Katy Perry caused a stir when she forced a kiss on the lips on a nineteen-year-old contestant, Benjamin Glaze, who afterwards said it made him “uncomfortable.” As he told The New York Times: “I wanted to save it for my first relationship. I wanted it to be special.”

Afterwards, however, in response to criticism of Perry’s behavior, Glaze hastened to say that it “wasn’t sexual harassment.”

This is for him to say, not me. And yet, this opens questions about the grey areas around the edges of consent. Is it always truly consent just because a person says yes? And, in fact, Glaze did not say yes. He said no, but she kissed him anyway. If, afterwards, he revised his response, can we be certain that he did so with complete self-possession, and not under pressure from cultural norms?

But how do we know when consent is consent?

Saying yes, after all, does not always prove consent, when there are power structures in place. For centuries, female “consent” was given in an environment which denied women full personal autonomy – so was it really consent? How many marriages, up until very recently, were in fact more like legal rape?

I’ve seen slavery apologists who point to the fact that some slaves were reluctant to accept freedom as a justification for slavery. Yes, seriously. Have I mentioned before that I spent many years of my life in conservative academic circles? These things happen.

Happily, in these same circles, I did have the opportunity to study philosophy with Catholic personalist philosopher John F. Crosby, who states in his book, The Selfhood of the Human Person, that “even if the slaves were gladly to cooperate in becoming slaves, this cooperation cannot redeem the relationship morally…” Yes, consent is a necessary component in any morally licit relation between persons. But what looks like consent is not always consent.

Crosby’s view is that a slave who acquiesces is an “accomplice” – and I would disagree with him, here. People who have been systematically depersonalized and abused experience depths of trauma in which their own seeming cooperation is itself more of a survival mechanism, not in any way a true cooperation. This is why so many revolutions take so long to get anywhere.

Women may simulate consent in order to survive. They may even internalize misogyny to the extent that their own survival mechanisms feel like true personal act – as how, when a Method actor creates a persona, that persona ends up invading her deepest inner resources. This impersonation can become destructive in both cases.

In the case of the unwanted kiss, and Glaze’s response, we need to keep in mind also the effects of masculinity culture. Masculinity culture says that men are supposed to be up for it all the time, and inherent in the idea of being a “real man” is an idea of sexual stamina and desire. While women who express sexual desire are portrayed – especially in the kind of conservative societies both Perry and Glaze were raised in – as unnatural and immoral, sexual desire in males is viewed as part of their maleness. Heteronormative patriarchy means that even a young man brought up to save himself for marriage is expected to have sexual desire, while at the same time being expected not to act on it. Or even talk about it.

Another respect in which consent can be ambiguous has to do with the function of sexual desire – or, in a broader sense, eros – itself. Desire means that you want something even when you think you shouldn’t – even when you know you shouldn’t. The song “Blurred Lines” which was generally viewed as rape-ey, still had an element of honesty in it: that when you’re a “good girl” you may want it, but feel that you shouldn’t. Female reproductive cycles involve phases when sexual desire can overpower one’s ordinary sense of what is or not desirable. And desire is complicated. That’s why adultery is such a common theme in the modern novel, from Madame Bovary to The Awakening to The End of the Affair to Freedom.

But it can go the other way, too. Women can assault men. Women can use men. That we don’t, as often, has nothing to do with our being less violent or less sexually voracious, and everything to do with an intersection of cultural norms and physical conditions. Two recent novels exploring the possibilities of female dominance – Kingdom of Women, by Rosalie Morales Kearns, and The Power, by Naomi Alderman – explore this: female sexual play in a matriarchy. I’ve written about women’s sexual aggression myself, in two works of fiction – The Dirt, which I’m presently pitching to agents, and Strange Wives, which is in the final phases of revision.

Another Excuse to Attack Feminists

Critics of the #MeToo movement laughably refer to a “new puritanism” and present themselves suddenly as the apostles of sexual friskiness, eighteenth-century style (because inveterate shagging is always fun and playful, as long as it happened two hundred years ago, and with no feminists involved). What will become of novels like Tom Jones, they worry, if these somber feminists take all the jollies away, with our tiresome insistence on consent? At the same time, of course, these sudden opponents of puritanism pass around a petition to ban The Vagina Monologues. Draw your own conclusions.

Feminists are being accused of sexual puritanism for standing up against all forms of rape culture – even for saying that rape culture is a thing – but our same critics will suddenly do an about-face and accuse us of “hypocrisy” because of Katy Perry’s behavior.  But did Perry wave about a signed affidavit with “permission from feminists granted” on it? Did feminists applaud?

Did feminists come out and say “we need to talk about consent?”

Yes, of course they did. It’s kind of our thing, you know. It’s what you keep complaining about, all you anti-feminist swashbuckling lovers of eighteenth century ribaldry out there. Now, mind you, I love eighteenth century ribaldry too. I love ribaldry in all seasons. I just try not confuse it with sexual assault. Critics who attacked me for assigning Lolita at a Catholic university, because it is supposedly a “dirty book” might want to learn this distinction.

The critics of #MeToo have no consistency, no credibility – but they might have a tiny squeak of a point, even if they’re not making it honestly.

That once eros comes into the mix, it becomes very difficult to draw strict lines between what we truly want, and what we think we want in the minute – and that much of the history of romance in literature is interesting because of this. Did Helen choose to run away with Paris, or was she raped? Does the goddess Aphrodite represent the overpowering force of the erotic? Did Bathsheba bathe on her roof in sight of the king on purpose? Even if she did, how could she be said to have any consent, in what happened afterwards? And in a militarist masculine culture of legal rape, how culpable even were the men who acted according to cultural codes?

Recognizing that consent has its limits, and that it’s not always simple, is not a reason to jettison consent as a necessary component of moral action. But it does mean we need to be more nuanced in our approach, and more willing to acknowledge the diversity and complexity of human experience.

March 12, 2018
A Dispute Over “Color Blind” Casting Leads to Racist Attacks on Teens
Next Post

March 19, 2018 So You Have a Problem With Diversity....
Recent Comments
0 | Leave a Comment
Browse Our Archives
get the latest from
suspended in her jar
Sign up for our newsletter
POPULAR AT PATHEOS Catholic
1