The month of November begins with the celebration of All Saints. Indeed, before the liturgical reforms of Pope Pius XII in 1955, the Feast of All Saints would have been an Octave, stretching over eight days like the celebrations of Christmas, Easter, and Pentecost. The feast dates back to the first centuries of the early Church, when Christian communities gathered to celebrate their martyrs who died for the faith. As did the cult of the saints in general, the feast of All Saints grew in popularity over time, nourished by the miracles worked by these heavenly intercessors and the beauty of their exemplary lives in imitation of Christ. At this time, when we are facing crisis and suffering on so many fronts, let us turn to beg for the help of the Saints (see Luke 16:19-31).

Given the importance of scientific research on treatments for covid-19, I’m entrusting my prayers for an end to the pandemic — as well as my own PhD work — to a new intercessor, a recently-beatified woman who was also a prominent chemist. Her name is Guadalupe Ortiz de Landazuri.

Guadalupe Ortiz de Landázuri was born in Madrid on December 12, 1916. Her parents, Manuel and Eulogia, raised her in the faith and encouraged her education. Upon completing high school in the year 1933, she entered the Universidad Central to study chemistry as one of only five women in the entire class. During her studies, the Spanish Civil war broke out. In the midst of the violence, Guadalupe underwent a profound personal trial: her father was arrested and sentenced to death by a firing squad. After his execution, Guadalupe was able to forgive those who had taken away his life. At the end of the war, Guadalupe began working as a teacher.

One pivotal day in 1944, as she was attending Mass, Guadalupe experienced a call from God. She described it as being “touched” by him, and she knew that He wanted more from her. Through a mutual friend, she soon reached out to ask for the help of a priest: Fr. Josemaría Escrivá, the Saint and founder of Opus Dei. During their first meeting together, she realised that Christ was calling her to glorify Him through her daily life and academic work, and that her mission was to spread this message through the charism of Opus Dei. Within a few months, Guadalupe said “yes” to God, and began to work in administrative positions within the movement while she continued her chemistry studies. Throughout her life, she bore a great love for Christ present in the Blessed Sacrament and for Our Lady, and was known for the depth of her prayer.

After a few years, St. Josemaría asked Guadalupe to consider a mission to Mexico. Joyfully accepting the task, Guadalupe transferred her doctoral studies to a university in Mexico City, where she set up the first centre of Opus Dei in the country. She served as a mother in faith to university students, educating them in the love of God and the service of the vulnerable. Many were stuck by her radiant smile and Christian hope, and Opus Dei grew rapidly in the area.

In 1956, St. Josemaría invited her to Rome to participate in the governance of Opus Dei. However, soon after her arrival she suffered from ill health due to a heart condition. Returning to Spain for her recovery, Guadalupe resumed her research work and began teaching in a local college. Nearly a decade later, she finished and defended her doctoral thesis, and won a prize for her findings. Guadalupe’s passion for education led her to found Center of Studies and Research of Domestic Sciences, where she continued to teach chemistry and accompanied her students with the most devoted attention. In the final years of her life, she remained cheerful as her health began to decline. Soon after she received heart surgery in 1975, she peacefully passed away on the feast of Our Lady of Mount Carmel.

After a miraculous healing from cancer took place through her intercession, Pope Francis beatified Guadalupe in 2018. Among Blessed Guadalupe’s many gifts and virtues, three stand out as radically necessary in our current social climate.

First, her cheerfulness. Each day, Guadalupe began with her eyes fixed on God, and renewed her encounter with her Resurrected Lord. For this reason, she was able to maintain what Pope Francis calls “the joy of the gospel,” a delight in our loving Savior that bursts out in love of all people. Indeed, Guadalupe was famous for her joyful singing, her ready smile, and her constant affection. One friend said that “just by laughing she passed on a part of Heaven to you.”

Second, her humility. Guadalupe knew herself to be an instrument of Divine Providence, and forgot herself in her service of His will. This humility pervaded her life. She sought out hidden ways to serve the vulnerable and sick. Repeatedly, she put her academic work to the side to accept another mission. Throughout her life, she engaged in long and thankless hours of teaching. How could she do this? Because of her love. Guadalupe was deeply in love with God and delighted in loving all of His children. Thus, she did not seek her own advantage or comfort, but the glory of her Beloved.

Finally, her courage. Guadalupe did not fear St. Josemaría’s invitation to Mexico, though she was setting out for an unknown mission in an unknown land. Nor did she fear her failing health and the attendant physical suffering. Rather, she peacefully accepted the trials before her, knowing that one cannot be a friend to Christ without sharing in His Passion. The extraordinary courage Guadalupe exhibited did not come from an iron willpower or an inflexible mind, but from hope in God.

But perhaps above all, we should learn from Guadalupe’s charism of everyday life. Through her scientific research, her education work, and her love of every person she encountered, Guadalupe proclaimed that one need not leave life to encounter God. On the contrary, He is present in our midst in the simplest and most ordinary of circumstances. It is our joy to seek His face in our daily life. It is our fulfilment to proclaim His presence wherever we are. During this time of isolation and restriction, when so many of our future plans may have been disrupted, Guadalupe is an ideal model and intercessor. May she teach us to live exactly what we have in front of us in the knowledge that, because our Creator and Savior is present, all things can be for His glory.

Pray for the intercession of Blessed Guadalupe

O God, grant me through the intercession of Blessed Guadalupe that, like her, I may learn to carry out my ordinary work with love, and spread faith and joy to everyone around me, so that many more may come to know you and love you. Deign to grant the canonisation of Guadalupe and, through her intercession, grant me the favour I ask of you… (here make your petition). Amen.

Our Father, Hail Mary, Glory be to the Father.

Blessed Guadalupe, pray for us!

You can write to me about your Saint friends at synapsesofthesoul@gmail.com.  I’ve also got a quarterly newsletter that you can subscribe to here.

October 23, 2020
Your Life Should Cause Cognitive Dissonance
Next Post 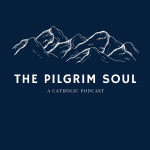 January 4, 2021 Announcing a New Podcast
Browse Our Archives
Related posts from Synapses of the Soul

Catholic
The End of Education
Synapses of the Soul

Catholic
Does Your Mind Extend Into the World?
Synapses of the Soul
TRENDING AT PATHEOS Catholic