What Do Jesus, Buddha, Krishna & Lao Tzu Have in Common? A Q&A with Richard Hooper

This month in the Patheos Book Club, we’re featuring a new book by Richard Hooper called Jesus, Buddha, Krishna & Lao Tzu: The Parallel Sayings. Hooper answered a few questions for us about why he wrote the book and what he gained in the process. 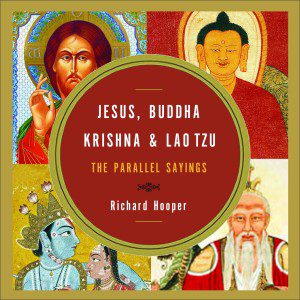 Can you tell us a little about how this book came about?

Between my second and third year of college I had what the psychologist, Abraham Maslow, would call a “peak experience.”  It resulted in a decision to study for the ministry, so I changed my college major to the Philosophy of Religion because it seemed sensible that a Christian minister should know at least something about other world religions.  Surprisingly, when I entered seminary two years later I discovered that I was the only person there who thought such knowledge was important.

In any event, when I started studying the teachings of Hinduism, Buddhism and Taoism for the first time, I began to notice similarities between what Jesus taught, and what was generally taught in Eastern philosophy.  A few years later I started studying the Gnostic Gospels, and was astounded by the similarities between the words of Krishna in the Bhagavad-Gita and the words of the risen Christ in Gnostic-Christian literature. 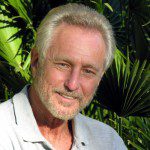 Your book compares the parallel teachings of four world religions, but why didn’t you include Judaism and Islam?

I realized from the beginning that a lot of people would ask this question, so I added a second subtitle to the cover of this book:  “The common teachings of four mystical traditions.”  In other words, this book is not about comparative religion.  It focuses on mystical teachings, and it limits itself to the teachings of the founders, or chief personalities, associated with different religions.  The founders of Judaism and Islam (Abraham, Moses and Mohammed) were not mystics, so there are no parallel sayings to include.

That said, Judaism and Islam did develop mystical traditions, and my next book will include the teachings of Jewish and Sufi mystics.

Wouldn’t a lot of Christians challenge your belief that Jesus was a mystic, and that he taught the same thing that the Buddha, Krishna and Lao Tzu did?

Yes, and that’s another reason why I wrote the book—to address that issue.  Once a person reads the teachings side by side, the evidence is there in black and white.  Certainly those Christians who believe that there is only one path to God will take exception to this book, but I think liberally minded Christians are more open to the idea of universal truth and are delighted to find so many common teachings between different faiths.

A lot of the sayings attributed to Jesus in this book come from apocryphal and Gnostic gospels.  You didn’t limit yourself to the canonical Gospels.  Is this really a legitimate approach?

I think so—especially if I tell readers from the outset what I’m doing and why.  After all, the sayings in this book are only attributed to Jesus, Buddha, Krishna and Lao Tzu.  That doesn’t mean they can lay claim to historical authenticity.

New Testament scholars will point out that the vast majority of sayings attributed to Jesus in the canonical Gospels weren’t spoken by the historical man from Nazareth.  They were words put into his mouth by later Christian evangelists.  Those men were mythologists, not historians.  Scholars will also tell us that there were numerous forms of early Christianity, and virtually hundreds of gospels.  So in that sense the sayings attributed to Jesus in apocryphal and Gnostic gospels are no less “authentic” than most of sayings in the canonical Gospels.

This was the case with the Buddha as well.  His essential teachings were passed down, but we really have no idea what his actual words were.  Every religion has a great deal of mythology in it.  And when it comes to Krishna and Lao Tzu, no one even claims that these persons were real historical figures.  But as one New Testament scholar pointed out, “Just because it isn’t historical doesn’t mean it isn’t true.

What did you gain, personally, from writing this book?

The Buddha asked, “What is the point in reading spiritual texts if you are not willing to follow the teachings you find there?”  Ouch, that hurts.  I admit to being spiritually lazy, so I get the point.

But I also think that there is something to be gained from reading the words of the great masters.  I think sacred texts play a part in our spiritual evolution.  The words have the power to move us and motivate us.  Certainly they remind us of what’s really important in life.  So, for me, writing this book was an act of devotion.

May 15, 2012
Letters to a Future Church: Become Whole Again
Next Post

May 16, 2012 PregMANcy: A Q&A with Christian Piatt
Recent Comments
2,129 Comments | Leave a Comment
Browse Our Archives
Related posts from Take and Read

What Christians Can Learn from the New Ron...
In the dramatic new survival adventure “Thirteen Lives,” directed by Academy Award-winning...
view all Entertainment blogs
What Are Your Thoughts?leave a comment