Living the Good Life Now: A Review of Heaven on Earth 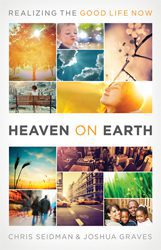 In a Peanuts cartoon, Violet turns to Linus and says, “You know what’s funny? Paintings of Adam and Eve where they both have belly buttons. Think about that; take as much time as you need.”

If we take the Bible seriously (read; think about it to any degree), it can really mess with our head. For example, Hebrews 11:6 says, “…without faith it is impossible to please Him…” Sounds important, right? In Hebrews 12:14, we should “pursue holiness without which no one shall see God.” Holiness. Foundational stuff. Which one is more important? That’s simple. Matthew 6:33 says, “Seek first the kingdom of God and its righteousness and all these things will be added to you.” Smack in the middle of the Sermon on the Mount, Jesus wraps this thing of following Him in one big envelope that everything else fits in. And here’s where Chris Seidman and Joshua Graves jump in.

In Heaven On Earth; Realizing the Good Life Now, these two pastors cut a nice slice of Jesus’ take on what “The Good Life” is. And who doesn’t want that? If we could just figure out what that is! Nobody says that their life is in the dumpster (they come in all shapes and sizes) and they’re sticking with it no matter what. And for Christians, throw the word “blessing” out on the table and it’s like smearing your hand with bacon grease and sticking it in a tank of piranha. People gather quickly and sometimes naively, shallowly and selfishly (carnally, to be Pauline). Chris and Joshua take us on a walk through the “blessing” passage we know as the Beatitudes. Many contemporary writers on Christianity and church life, as well as many that identify themselves as “red letter” Christians, spur us back to read and think about what Jesus meant in these words. They’re not just platitudes promising a syrupy, ill-defined, eternity while we muddle through our own pursuits and agendas. The Kingdom of Heaven is both now and later. Later it will be complete and exercise a gracious and just control over every sphere of activity both in and outside time and space. Now the Kingdom presses its advance toward that day through the life of churches and individual Christians engaging their worlds through word and deed. And as we do that – we’re blessed and so is everybody else.

As they’re quick to point out, this idea of a Kingdom spreading its influence through cultures and centuries didn’t start with Jesus. In Isaiah, what we call salvation gets mentioned and described fifty-eight times! Here’s the breakdown (peace – 14, healing – 7, joy – 12, returning from estrangement from God – 9, righteousness, justice and fairness – 16, maybe more depending on how good our Hebrew is.). This doesn’t describe “harps-on-a-cloud” stuff but the results of real people living real lives in real time and situations where Jesus Christ makes Himself known and works through them. People in real jobs, real neighborhoods with real kids and in-laws. And real tears and pain yet having real effect and savoring real joy. Now, not later.

Their good background work goes on from here to demonstrate that what a big difference Jesus Christ made in the first century world of average people. You had political oppression; anyone not a Roman was nothing. No social welfare safety net caught people drifting or plunging into poverty and the ensuing dependency and indignity of begging. The sick they shunted aside and isolated from all human discourse and love of family and scarred them with one of the cruelest labels ever placed on a human being – unclean. That was then. So what? Has the world really changed all that much? Do our newspapers not drip with tears and blood, injustice, hatred and suffering beyond imagination? Jesus said that the poor would be with us always and they are, in spades. The world Jesus turned upside down is still very much with us, just with a little technological gingerbread thrown in.

Chris and Joshua sound some good strong notes moving through the book. In Chapter 2, they underscore a living grace that shows its muscle when we run out of gas. We’re at our best when we’re at the end of ourselves. A personal favorite came in Chapter 3 where they discuss mourning. They unhook mourning from personal loss and reconnect it to heaviness over the suffering of others in body, mind and spirit. I’m a sucker for anybody who uses the phrase “fire in the belly”. My own was kindled back during college days in the Jesus Movement of the seventies. As the belly has grown since then, so has the fire. Exposure to the things that make the world cry itself to sleep should do something to us. William Booth, founder of the Salvation Army, said that “…once I’d gotten the poor of London on my heart and caught a glimpse of what Jesus Christ could do, I vowed then and there that God would have all of William Booth there was to have.” Their description of the worship experience by the persecuted Coptic Church is too good for me to spoil it here; the stories of people who mourn and yet praise God will bring tears to more than a few readers.

The book bristles with stories, people the authors have known as well as friends from history and their own reading. But along with the stories that capture the reader (and the reader will come away wanting to read a few of the titles referred to inside), there’s a fragrance about this book. Not the stuffy and stale words that prattle on about ourselves, how much we’ve done or can accomplish, how wonderful we are, how we can feel good about ourselves (always the opium of a narcissistic culture), but more. We can’t chew on the teachings of Jesus Christ without getting a whiff of the person Himself. The epilogue, “The Color of Water,” could stand as a monograph all by itself describing life that follows and knows Jesus.

That Chris Seidman and Josh Graves both live in the trenches of a local church should give heart to the reader that this stuff genuinely flies wrapped in the skin of real, flawed, sinful people who have racked up more minuses than plusses. It’s when Jesus Christ breathes His life through us that the plusses start piling up faster. As He blesses others through us, everybody else gets included and we certainly don’t get left out.

For more conversation on Heaven on Earth, visit the Patheos Book Club here. 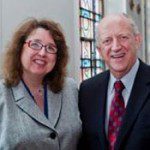 December 11, 2012
Practicing Our Faith: A Q&A with Colleen Griffith and Thomas Groome
Next Post 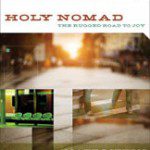 December 14, 2012 Win a Copy of Holy Nomad!
Recent Comments
2,232 Comments | Leave a Comment
Browse Our Archives
get the latest updates from
Take and Read
and the Patheos
Entertainment
Channel
POPULAR AT PATHEOS Entertainment
1