C.S. Lewis, A Life: A Q&A with Author Alister McGrath 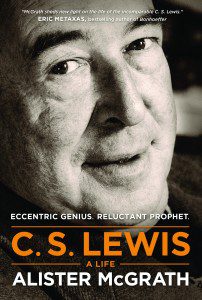 In C.S. Lewis — A Life, Alister McGrath, prolific author and respected professor at King’s College of London, paints a definitive portrait of the life of popular fiction writer and atheist-turned-Christian C. S. Lewis. After thoroughly examining recently published Lewis correspondence, Alister challenges some of the previously held beliefs about the exact timing of Lewis’s shift from atheism to theism and then to Christianity. He paints a portrait of an eccentric thinker who became an inspiring, though reluctant, prophet for our times.

Here, Dr. McGrath responds to a few questions about the book and the impact of Lewis’ life and legacy on this, the 50th anniversary of his death, for the Patheos Book Club.

What stimulated your interest in writing a new biography of C. S. Lewis?

I started reading Lewis in the 1970s, when I was a student at Oxford University, and my admiration for him has grown over the years. 2013 marks the 50th anniversary of his death, and it seemed right to mark the occasion with a new biography.

Describe the parallels between your own spiritual journey and that of Lewis.

Lewis and I have many things in common. We were both born in Belfast and spent our childhoods there. We were both students and then dons at Oxford University. Both of us were atheists who discovered Christianity at Oxford. And we both try to defend Christianity against its critics. I think these parallels made it easier for me to understand Lewis.

You note that in the late 1940s, the famed “Kilns” where Lewis and his brother, Warnie, lived had become a dysfunctional household. What created the tension, and how did this affect Lewis’s writing?

Lewis shared The Kilns with his brother, Warnie, Mrs. Moore, and her daughter, Maureen. Maureen left home after her marriage in 1940. Shortly after this, it became obvious that Warnie had become an alcoholic, and Mrs. Moore began to develop dementia. By the late 1940s, Lewis found himself acting as a full-time nurse to Mrs. Moore (who could no longer look after herself) while trying to cope with his brother’s frequent absences on alcoholic binges in Ireland and their aftermath. It was unquestionably one of the darkest periods of his life.

Lewis was regarded by many of his academic colleagues at Oxford with suspicion or derision during that same period. Why did he experience such academic hostility?

There were two sources of concern to Lewis’s academic colleagues at Oxford in the 1940s. The first was Lewis’s explicit commitment to Christianity, which irritated the more dogmatic academic atheists of his day. Yet the evidence suggests that this was not the major concern. Academic hostility towards Lewis really began to develop in the early 1940s, and largely rested on the perception that he had become a populariser rather than a serious scholar. This impression arose primarily as a result of The Screwtape Letters. These were seen by many of his colleagues as academically frivolous and lightweight. Lewis would probably have got away with this, if he had produced some major academic works around this time. But it was not until 1954 that Lewis produced a really serious piece of scholarship, which restored his academic reputation and helped secure his appointment as Professor of English Literature at Cambridge University.

One of the most compelling aspects of your research involves the redating of Lewis’s conversion to theism. What led you to reexamine this chronology?

I did not expect to raise questions about the traditional dating of Lewis’s conversion to theism. Yet the method of research I used forced me to this conclusion. In preparation for this work, I read everything that Lewis wrote in chronological order. After I had read everything for 1929—the traditional date of his “conversion”—I was puzzled. Nothing fundamental seemed to have changed. Yet beginning in February 1930, his writings show obvious signs of some kind of reorientation. I then examined the evidence for the traditional date of his conversion in minute detail, and concluded— for reasons set out clearly in the biography—that his conversion must have taken place a year later than everyone had believed. I think this is the most significant finding reported in the biography.

In the course of your research, you conducted a complete, chronological analysis of the entire collection of Lewis’s letters and archives. How long did this take you?

This took me fifteen months and involved long periods of reading and note-taking. But it was fascinating, seeing how Lewis’s ideas and style developed and how his authorial “voice” emerged. I took the view that you simply could not write a biography of Lewis without reading his total output. One result of this is that I quote from Lewis more than many of his earlier biographers so that my readers can hear Lewis’s voice, and not simply my own. I also explored archives, mainly in Oxford, and was able to turn up some important material never used by Lewis’s biographers that casts new light on his life, especially during the 1910s.

Many readers are fascinated by the love relationship late in life between Lewis and Joy Davidman Gresham. You quote her son Douglas as stating that his mother originally went to England with one specific intention: “To seduce C. S. Lewis.” How did he come to assess the situation in that manner?

Douglas Gresham bases his judgment on his memories of his mother from that time. We don’t know quite what led him to that judgment, but the evidence now available confirms his suspicions. It is clear from some of Joy’s writings of the period—especially a collection of “Sonnets” that have only very recently come to light—that she actively set out to seduce Lewis. We can hope to have some fine new biographies of Joy from significant scholars in the near future which will explore this matter in much greater detail.

You write that Joy’s marriage to Jack was, in Lewis’s view, purely a marriage of convenience at first. At what point did Lewis’s feelings for her begin to change?

Lewis initially saw his clandestine civil marriage to Joy as a chivalrous act which would enable her to remain in England and develop her career as a journalist and writer. The evidence strongly suggests that Lewis’s feelings towards Joy began to change when he became conscious that she was seriously ill. The realization that he might soon lose her seems to have triggered a deep sense of compassion and care, resulting in a romantic love for Joy that doesn’t seem to have been present earlier. It’s hard to date this development, but it’s clearly reflected in a letter Lewis wrote to the novelist Dorothy L. Sayers in June 1957.

The friendship between Lewis and Tolkien cooled as the years progressed. Why did Tolkien’s views about Lewis darken?

The relationship between Lewis and Tolkien was of major importance to both throughout the 1930s and into the early 1940s. The cooling seems to have taken place mainly on Tolkien’s side, reflecting three issues. The first was what seems to have been jealousy on Tolkien’s part about the growing influence that the novelist Charles Williams had on Lewis in the early 1940s. This was alleviated somewhat with Williams’s death in 1945. The second emerged in the early 1950s, when Tolkien began to suspect that Lewis’s Chronicles of Narnia borrowed some of his own ideas without due acknowledgment. Third, Tolkien regarded Lewis’s views of marriage as inadequate and was dismayed by Lewis marrying a divorcée and hurt by the fact that Lewis failed to tell him about it. In any case, Tolkien cordially detested Joy personally. Yet Lewis always respected and admired Tolkien. One of my discoveries in researching this biography was a hitherto unknown letter in which Lewis proposed Tolkien for the 1961 Nobel Prize for Literature, which clearly reflects this high regard.

Lewis’s death on November 22, 1963, was overshadowed in the media by the assassination of John F. Kennedy. How are we to judge Lewis’s life and legacy fifty years after his death?

The most important thing is that more people read Lewis today than at any point in his lifetime. Although many—including Lewis himself—believed that his influence and reputation would quickly fade after his death, Lewis has bounced back. Partly this reflects the imaginative appeal of the Chronicles of Narnia, particularly now that some of the novels have been turned into major movies. But there is also substantial interest in Lewis’s literary and religious writings, some of which have established themselves as “classics.” My biography provides a solid base for future exploration of Lewis’s legacy, which I think is going to be significant for some considerable time to come. 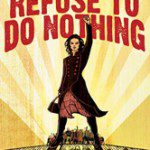 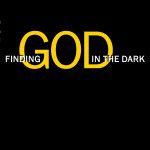 February 28, 2013 Finding God in the Dark: A Q&A with Ted Kluck and Ronnie Martin
Recent Comments
45 Comments | Leave a Comment
Browse Our Archives
Related posts from Take and Read

'Why Haven't You Healed Me?': 'The Chosen' Creators...
As the third season of “The Chosen” premieres this weekend in theaters,...
view all Entertainment blogs
What Are Your Thoughts?leave a comment