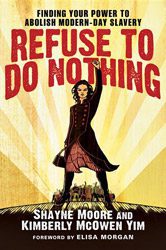 This month at the Patheos Book Club, we’re pleased to be featuring an important new book, Refuse to Do Nothing: Finding Your Power to Abolish Modern-Day Slavery, by Shayne Moore and Kimberly McOwen Yim. We had a chance to ask these two women — also known as the Abolitionist Mamas — some questions about the reality of modern-day slavery, how they got involved in this cause, and what we can all do to help end it.

When did you both first wake up to the issue of global human trafficking?  What did it feel like in that moment?

Shayne: I had woken up from my “suburbia stupor” when my children were still very young. What broke this mother’s heart was learning about the reality of poverty and preventable disease, like HIV/AIDS, ravaging sub-Saharan Africa. This journey of waking up brought me in contact with other like-minded moms. Kimberly was a friend from college, and she is who began relentlessly educating me about modern day slavery. As a mother, it made me viscerally sick. I could not do nothing.

Kim:  I first woke up to the issue of global human trafficking after seeing the film, Call+Response. I totally underestimated what I was I was going to see that night when accepting a friends invitation. At that time in my life, my daughter was in second grade and my son was in preschool. I was never the same. At first I felt sad and almost confused – it never dawned on me

that slavery still existed. I knew of other issues of injustice in the world – extreme poverty, HIV/AIDS, gender inequality – but I had never heard that slavery still flourished in our world today. I had to understand the problem, but once I began learning about it, then I felt anger. I was angry that as a society we weren’t talking about it. I was angry when I learned that there were people on the front lines for decades trying to bring attention to it and who were rescuing victims and working tirelessly on new laws and I had just heard about it.

Can you give us some basic statistics about modern-day slavery?  What is it, how many people are affected, how widespread is it, and what are the common misperceptions about trafficking and slavery today?

Shayne: There are 27 million men, women and children in slavery today. 80% of them are women. Slavery is defined as anything or anyone who keeps you from moving freely. Are you being paid? Are you free to go? Do you have your papers (ID, passport) Are you being held against your will?

I think the common misperception is that slavery has been abolished. This is a falsehood. Slavery thrives more today than ever before in human history.

Kim: The average age of women who enter the business of sexual exploitation is 11-13.

Another misperception is one I first thought myself – there is nothing the ordinary person can do to stop it.

My own first, painful introduction to this topic was through another InterVarsity Press book God In a Brothel, by Daniel Walker.  That book left me devastated and feeling rather hopeless (although I did ‘adopt’ a child through Compassion International as my ‘action’ to help end slavery of young girls.) How is your book different from his? What does your book offer to the American reader?

Shayne: Kim and I know we did not write a hard-hitting investigative report on modern day slavery. We know who we are. We are not on the frontlines. We are moms. Our book is one of a kind because it is a primer or an accessible resource on how ANYONE, no matter what your circumstance, can fight slavery.

Every single chapter ends with a tangible action item. We refused to write a book with no hope and no mobilizing. It was women who were the cement of the abolitionist movement 200 years ago. Many did not live to see the end of the trans-Atlantic slave trade, but they never gave up. This book is based on their spirit and their tenacity to fight this evil until it is abolished.

Kim: Devastated and hopeless is a common feeling I have heard from other people. But there is hope, especially when each person sees that they are instrumental in putting an end to this global injustice.

This is where our book is different. Sure it educates and tells some stories, but all with the pointing to very tangible things the ordinary person can to put an end to this evil. We believe the ordinary person is essential in the re-abolishing of slavery. If do take our cues from the first abolitionist movement, we know there is hope as the legalizing of human flesh was abolished.

Is this a particularly Christian issue, in your opinion?

Shayne: I think this is a human issue. No human being should ever be held against their will and no girl should ever be a sex slave. Yes, as Christians if we are not on the frontlines of this fight something is not right.

Kim:  Agree with Shayne. This is a human rights issue.  No human being should ever be held against their will or forced, coerced, threatened, or manipulated to doing something they do not wish to do for the profit of another. The buying and selling of human flesh reveals just how dark human souls can get. This is why it must be Christian issue as well.

I know it’s your dream to start an Abolitionist Movement among women around the issue of modern-day slavery. What makes this a women’s issue for you?

Shayne: As mothers we could not act. The thought of any daughter or son having to work in abusive situations, often away from family at very young ages, and often sexually abused is not tolerable. The mama tiger in me is furious that any child or any person edures this.

Kim:  I believe the tide will turn on this injustice when the mama bear power is unleashed. Women are creative, relational, passionate, intelligent, and protective, and at this point I think are underutilized at the moment. Not to anyone’s or entities fault, just the way it is. I would love to see more women furious about this injustice, become educated about the problem and begin to tap into the power they do have to effectively engage. We have seen this on all kinds of issues globally – when enough women have had enough and are angry enough and have united, nations change.

What are some of the most challenging realities of human trafficking? In other words, do you really think we can make a difference in ending this multi-billion dollar industry?

Shayne: The most challenging reality of human trafficking today is that it is illegal everywhere in the word, yet thrives. Criminals have elaborate systems that invisibly move human beings around the world to work in sex, labor or domestic slavery.

Kim: Human trafficking occurs just under the surface and so we don’t always know it when we see it or know what to do when we do recognize it.

Yes, I do think we really can make a difference in ending this multi-billion dollar industry. It is not the backbone of our economic system like it was in the Trans-Atlantic slave trade or in the south in the United States. Now – that would have seemed impossible, right? It wasn’t. And neither is this.

The Dali Lama has famously said “the world will be saved by the Western woman.”  There’s a lot we could unpack in that quote, but to his point, what is one thing we can all do from where we sit as Western women who might be busy moms juggling careers, family and a host of other local issues. What kind of power might we have that we don’t even understand yet?

Shayne: Economic. Western women control the economics of their individual households. It was when the abolitionist women of 200 years ago boycotted any sugar produced on a plantation that had slave labor did the men in power take notice and it became a political issue. Hurt the corporations where it hurts and they will listen. And also, advocacy. Relentlessly never shut up about it to your Congressmen and women and clergy.

Kim:  Agreed. Economic, advocacy power, and I would add relationship power. Women are in the midst of a variety of spaces of daily life and they have many different types of relationships. Within each of these relationships is influence, a conversation, an opportunity to flex the power they do have.

What gives you hope in your own lives as you lead the Abolitionist Mamas movement? What inspires you?

Kim: The other women who have already reached out at conferences, events, or through social media who have said, “I too am an Abolitionist Mama.” Or those women who have reached out to share what they are doing in their local communities or who email bits of information they find knowing we would appreciate knowing. Other women inspire me tremendously.

In addition, stories of rescues of men and women who have their lives back and being restored because someone cared enough to act on their behalf when they couldn’t. This is incredibly inspiring.

Lastly, in addition to reading your book and engaging its many resources for reflection and action, what can we do to join your movement?  How do we get started?

Shayne: Kim and I were humbled while writing this book to hear over and over again, from Congressman on Capitol Hill, to those working on the frontlines in Cambodia, that the single greatest tool we have to fight slavery is to pray.

Kim: We underestimated the power of prayer ourselves in the beginning of our journey and later found ourselves depending upon it and reaching out to others to pray for us and with us.

Finding our Facebook page – Refuse To Do Nothing – and contributing thoughts, questions, articles, ideas, reaching out to one another….will help connect readers and listeners to other like-minded women involved.

For more conversation on this book and topic, visit the Patheos Book Club on Refuse To Do Nothing here. 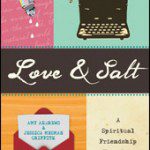 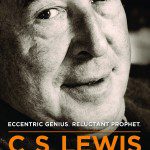