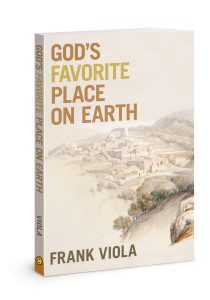 [This post is part of a roundtable on the new book, God’s Favorite Place on Earth, by Frank Viola.]

When I went deaf literally overnight in my left ear, I got an MRI which gave me the opportunity to do something everyone ought to get to do at least once in their life; I got to see the inside of my own brain. A neurologist pointed and explained. We were both enthralled. The doctor because he gets jazzed over brains, me on two counts. I’m insatiably curious about anything I don’t know about. The second rises out of a deep place rooted in decades of knowing Jesus Christ.

In Christianity, Jesus Christ, alive and risen, indwells our very beings through the Holy Spirit. So, where is He since everything gets packed in there tighter than a sausage – lungs, spleens, muscles, bones and stuff? It can’t be literally the heart because “heart” in the Bible describes the core of our being and not the blood pump in our chest. My vote goes to that universe contained in our upper skull called the brain known as mind. When I looked at that MRI, I whispered, “There you are!” I could almost see His fingerprints on the window sill and His favorite coffee cup on the self.

Frank Viola sees the coffee cup of Jesus on the shelf of Mary and Martha’s house in Bethany, the small town just outside Jerusalem. His new book, God’s Favorite Place on Earth unfolds in two parts, two different genres intertwined. Frank extracts all the narratives of Jesus’ life and ministry (The average reader won’t have realized how many there are.) Then he strings these together by means of biblical fiction through the voice of Lazarus. In the second part of each chapter, he switches to biblical exposition to help the reader not miss the point underlying the biblical fiction in the first part.

This Bethany metaphor is to Frank what that MRI was to me. Even though Jesus was born in Bethlehem and lived in both Nazareth and Capernaum, Bethany stands out as the one place where Jesus was truly at home, loved, sheltered and understood. Not just the door of their home but the door of the hearts of Mary, Martha and Lazarus stood open to Him in a unique way. The point of “Favorite Place” lies in Frank’s premise that the heart (core) of every Christian should be a place where Jesus knows He has intimacy, joy and sabbath; he writes because many do not, maybe they are unaware or are playing shallow for many reasons.

Frank shows great respect for the Scriptures in both his handling of them and by what he brings to the table in writing. The book opens with a simple laying out of facts on the town of Bethany. He doesn’t presume everyone is up on the background; it’s important to him that the reader knows as much as possible. Respecting the reader doesn’t always ring true in every book – it does here. In the introduction (Always read them.), Frank notes carefully that his fiction sections in Lazarus’ voice both flesh out the biblical story while fleshing out gaps to make a flowing narrative. He doesn’t play fast and loose with the integrity of the meaning of the text. He lets it breathe writing story without twists or distortion. Frank Viola blogs at the Evangelical portal of this website. One post of his awhile back included a listing of the best theological books he’d known. He apologized if he’d left off anyone’s favorite but he could only comment on ones he’s read. The listing was quite impressive; Frank could have padded the list with big names to boast while looking Christian (This happens a lot. Whenever we hear someone say, “All the major commentaries agree with me”, we’re listening to a poser.) Frank wasn’t saying “Look at me” but “Look at this. Take a bite. It’s good stuff” with direct links to buy all of them.

The numerous footnotes are over ninety percent Scripture; it’s always best to let the Bible be its own interpreter and commentator. The discussion questions on each chapter included at the end of the book aren’t just Bible drill stuff. They challenge motives of the heart, probe and push (lovingly but not always so gently) to action and lead into serious worship either in groups or privately. He also thanks a lot of dead guys at the end. We’re too enamored with the new hot thing off the presses. It’s good to dip into the best of biblical wisdom from people whose writing long outlives them. His list includes some pretty good ones both from now (N.T. Wright, Ben Witherington) as well as some undeservedly almost forgotten. Thanks, Frank, especially for the Leon Morris blast.

A powerful highlight for me spins off the story where Mary anoints Jesus with costly oil and Judas, and probably most of the room, thought it was waste. On pages 146-148, Frank raises the question “Why This Waste?” He says, “Mark it down. Whenever you give that which is most valuable in your life to the Lord Jesus Christ, some of your fellow Christians will consider it to be waste.” Another choice one spans pages 155-160 where he lays out eight major things to hold in mind when hurt unjustly by other Christians – something that might come in handy sometime.

Home is often where our favorite coffee cup is, where we spend precious rest and letdown time with the people we love most. Jesus wants that for every Christian so badly He died for it. He approaches every reader of God’s Favorite Place on Earth, a cup in one wounded hand and a paint brush in the other, to change whatever it says on the door of our heart to “Bethany.” Just the thought of doing it makes Him smile.

SPECIAL OFFER:  Buy God’s Favorite Place on Earth between May 1-7, 2013 and receive 25 free books and audios from 15 different authors, including Leonard Sweet, Adrian Warnock, Pete Briscoe, Jeff Goins and many others. Click here for more details!

For more on God’s Favorite Place on Earth, visit the Patheos Book Club. 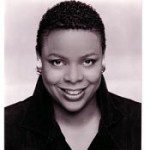 April 30, 2013 In the Presence of Angels: A Q&A with Andrea Garrison
Recent Comments
41 Comments | Leave a Comment
Browse Our Archives
Related posts from Take and Read