All of you pastors out there who regularly lament the disinterest and apathy of congregations, all I have to say is: be careful what you wish for.

I help facilitate a small group on Wednesday evenings here at church.  This fall we’ve been studying a different theological term each week—defining it, understanding its scriptural context, and exploring how it shows up in our own lives.  I worried a little bit at first: What if people weren’t interested in theological terms?  How would I handle it if I unveiled all the exciting things about, say, “BAPTISM” and nobody thought it was near as exciting as I did?

I shouldn’t have worried; I already know there are many opinionated people here who are more than happy to share their thoughts on anything from the snacks in coffee hour to the controversy over the authorship of the book of Hebrews.  And, I should have remembered this when we began to explore the theological word “SIN.”

I went into the session thinking we would try to define sin, then briefly discuss the Doctrine of Original Sin, move on to confession as a spiritual 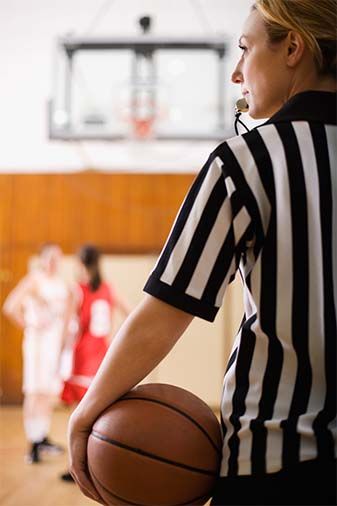 practice, then read a Psalm and go home.

We barely got into doctrinal matters by the time the hour ended.  With so much more to cover, I decided we needed one more session on SIN.  Upon hearing the news everyone groaned and made the predictable jokes (more sin??!?) but I knew they were secretly as happy as I was.

The second sin session was just last night.  Just to mix things up I decided to make us all relive the controversy of the 5th Century church between Augustine, Bishop of Hippo, and Pelagius, a British monk.  Using 1 John 1:5-10 as our platform, we defended the positions of both Augustine and Pelagius using the same scripture, hoping that by the end of the evening each of us could more clearly articulate our own personal positions on the doctrine of sin.

You might think that your average church people might be intimidated when their pastor throws around the names of early church fathers and other thinkers long labeled heretics, but not my church people.  Thoughtfully planting themselves in their respective camps, heated discussion ensued around critical topics like: “Do we have a choice whether or not we sin?”  “Are we born sinners?”  “What does it mean to be created in the image of God?” “How do we articulate what we all recognize to be our inability to live up to God’s standards?”  “What do with thing about the theology of atonement?”  “Where does Jesus come into the picture?”

The list of heated debate topics could go on for awhile, but eventually I had to call time when the hour was over.  I think the group would say we did not fully decide whether we want to stick with orthodoxy and Augustine or whether we’re fully ready to try to redeem Pelagius.  Regardless, I think I can safely say that none of us who attended were anywhere close to bored last night.

For engaged, committed, thoughtful church members, I am giving thanks this morning.  And, I think we might just be needing at least one more session of sin, to which I will wear a referee’s shirt and maybe even bring a whistle!

November 13, 2009
Opinion: The Pastor Goes to the Movies
Next Post

December 7, 2009 A Little Help From My Friends
Recent Comments
0 | Leave a Comment
Browse Our Archives

Sorry Christians, You're Reading Hebrews All...
Keith Giles
Related posts from Talk with the Preacher

#CFP Online Resource in Science and Theology
This call for submissions recently came to my attention: How can theologians employ science in...
view all Progressive Christian blogs
What Are Your Thoughts?leave a comment
Copyright 2008-2020, Patheos. All rights reserved.