We All Get Lost

It is my opinion that preaching on The Parable of the Prodigal Son is almost as challenging as preaching on Easter.  On the other hand, it’s a unique kind of discipline to open such a familiar text and try to read it with new eyes.   This time around I couldn’t help but think about how all the characters in the story are a little bit lost, and maybe it’s our challenge to identify our own lost-ness just to know again how we are truly found 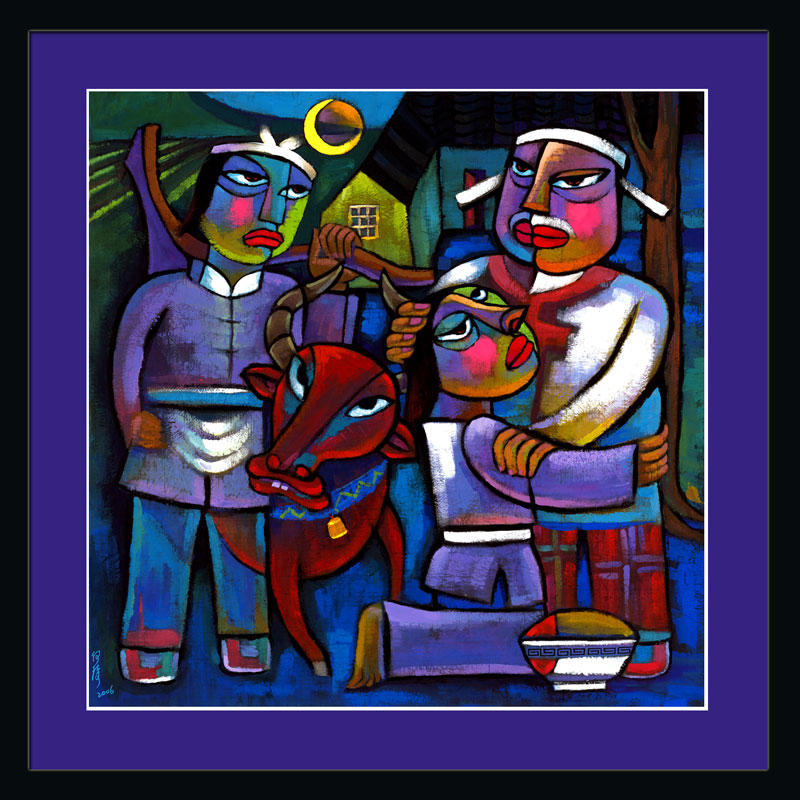 in God.  Here are some excerpts from the sermon today, my latest adventure in reading the parable with new eyes:

Upon careful re-reading, I discovered that we could call the parable several different names in addition to its common title, The Prodigal Son, and for each alternative name the story might take on a new layer of meaning.

We could go with The Resentful Brother, for one, as many of us can identify with the admittedly understandable yet self-righteous perspective he takes in this story. (I read somewhere this week that this is a favorite interpretation of many pastors when preaching this text, as ministers are disproportionately first born and thus may possess a rather smug bias when interpreting this story.)

Alternatively, we could name this story The Absent Mother . . . have you ever wondered where she is?  Her absence in this story is conspicuous at best, but could be downright suspcious of you think about it.  How many families in crisis like this one would lack the opinion of a mother?

Or, we might choose to rename the piece The Scandalized Community, for nothing in the context of this ancient Middle Eastern tale happens independent of the community in which the story takes place.  And you know there were some in the story who chimed in with their unsolicited opinions.

Or, we could choose to look at this story through the lens of the father, the parent who gains every success in life, as far as the world can see, but somehow fails to raise his son in an acceptable manner . . . then he’s left with the dust of broken relationships scattered all around him, and the daunting choice of turning his back on everything folks expect of him to take a chance on the long shot possibility of finding—not just his lost son, but, at the cost of his reputation and his respectability and his position in the community, himself, too. The Parable of the Heartbroken Father—or the Tale of Failed Fatherhood—or The Story of the Guy With the Kid Who Ruined His Reputation? . . .

We’re invited to find ourselves in the story today, because no matter which character we identify with the most, we all get lost from time to time.

We get lost when we reject everything we’ve always been taught was right and make poor choices instead, leaving us saddled with the consequences of those choices and stuck in a world of despair and hopelessness.

We get lost when life’s circumstances or even the choices of others give us every right to be angry and resentful, but we soon find that all that anger and resentment leaves us bitter and alone.

We get lost when we try and try and try our best to construct our lives to meet the expectations of others but, in the end, we fail.  And the burdens of failure and disappointment weigh heavy and discouraging on us.

We get lost when we don’t have a voice, when nobody knows we exist, and nobody cares what we think anyway.

We get lost when the rigid and unreasonable expectations of the facades we create keep us from compassion, from true engagement, from any hope that we could ever be vulnerable or real in the presence of others.

Whatever name we choose to give this parable in the end, every single one of its characters, even the ones who are not named specifically, are lost.

Cut off from possibility and hope and relationship, for any or all of the reasons I just mentioned.

And, no matter where we can find ourselves in this story, the dust of our humanity gets in our eyes and we can’t see—we can’t see each other and we can’t see God.  And, being unable to see, there’s no real way to find our way home, is there? . . .

Today, find yourself in this lost-story of Jesus story, wherever you are.  Then do whatever you can to throw off your sandals and your respectability and your faulty impressions of who you are, gather up your robes and your hopes and your dreams for right relationship, then run as fast and has hard as you can, through the billows of dusty humanity that swirl up around you and sting your eyes and coat your face, toward the hope of reconciliation and relationship and, most of all . . . being, finally, found.

For this we pray.  Amen.

March 23, 2010 My Child Cannot Be Sixteen: Some Thoughts
Recent Comments
0 | Leave a Comment
"Any updates with the blog ?"
Stanley Sabbath as Radical Witness
"I really, really, really liked this article. Thank you. ♥"
maguilar9855 When God Gets Political: Enough
"To the author/researcher: I am wondering if you uncovered a time when, as Dr. King ..."
Judith March Hardie MLK at The Riverside Church in ..."
"Church is boring."
Ivan T. Errible Sabbath as Relationship
Browse Our Archives
Related posts from Talk with the Preacher