I am feeling disgustingly culturally savvy since taking in the Rembrandt in America installation at the North Carolina Museum of Art recently.  I took Art Appreciation in college, of course, but didn’t really appreciate anything artsy much until I happened to (strangely) birth a son who is a very gifted artist.

And so, I try to be as conversant as I can, which is usually not that much.

Thanks to the NCMA show, however, I had the opportunity to get really close to some actual paintings of Rembrandt’s, and even in my own limited awareness I marveled at the passage of time between when his brush touched that canvas and when I stood there staring at it.

With about 50 paintings in the total installation, the display was very accessible for someone like me—a novice art critic—and presented in such a way that I learned quite a bit about Rembrandt, his life, his style of painting, his influence on the world of art.

The paintings in the exhibit were mostly portraits—apparently that was in vogue at the time Rembrandt was working.  It was his business to realistically paint people while they sat for him (like taking a photograph), but he also painted quite a few biblical figures and characters from Greek mythology. 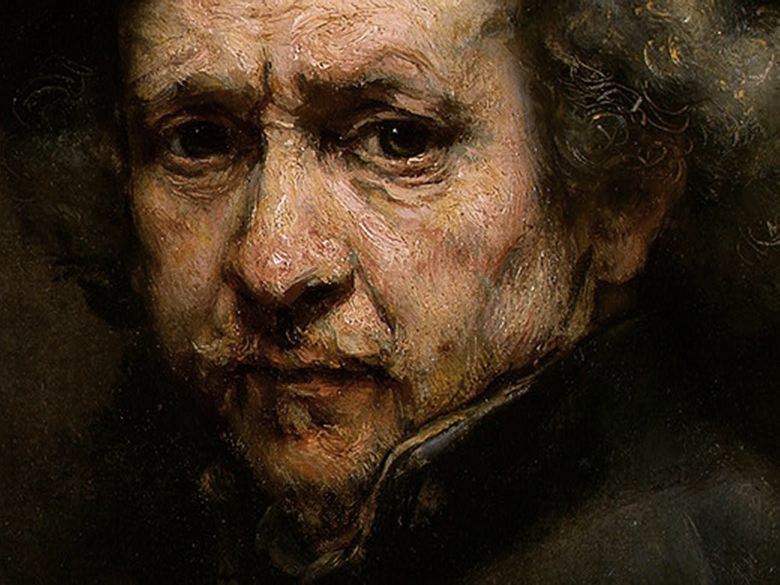 Even I could tell why he was so popular: the people he painted told stories.  Their faces and expressions, the look in their eyes, the posture of their bodies…all of these told the truth about their lives.  In a self portrait painted shortly before his death, for example, even the most inexperienced art critic could look and see a man bearing the heavy weight of life—in Rembrandt’s case it was the deaths of his children, romantic problems galore, and personal financial ruin.  Can you see it in his eyes?  Masterful.

However, the most striking thing in the works of Rembrandt, the images that stayed with me as I left the exhibit to head into the reality of Advent, was the light.

Rembrandt was a master of the light—he showed light and darkness with such radiant clarity and precision that it was easy to see the edges on which the people he painted walked.  By using the light and the dark, Rembrandt showed the reality of life—the real thing, not just a vague representation.  He painted grief and pain, hope and promise, the contrasts telling stories far more detailed than a portrait would normally tell.

I thought about that after I left the museum—the stark contrast between light and darkness, and how the contrast is critical if you want to tell the story.  Shards of light in between the shadows highlight marks of joy and grief that decorate Rembrandt’s subjects…that surely decorate our own visages, even though we may not be able to translate them with the drama and precision he did.

This Advent, while we wait for the light, I think there’s something to be said for welcoming the darkness, too.  Painful as it is, without the darkness the light can’t tell a story.  Without the falling of the night, new dawn can’t creep over the edges to discover anew what seemed lost before.

Rembrandt painted and lived with heavy darkness, but he never stopped depicting the light.  He knew that even with the shining of a very small ray of light, the story could be told.

Light and darkness, living in tension together.  They tell stories about our lives that we may not ever be able to say out loud with words.  By their contrast they remind us that hope is coming, that the abyss does not tell the whole story, and that the story will be told, finally, with the coming of the light.

December 25, 2011 It's All About You
Recent Comments
2 Comments | Leave a Comment
Browse Our Archives
Related posts from Talk with the Preacher