Proverbs 16:18 Pride goes before destruction, and a haughty spirit before a fall.

I’ve been so proud these last few weeks since I ran a 5K with my daughter Hannah and lived to tell about it.  Actually, I even lived to marry Ridgeway and Sarah on the very same day!  Many of you have had to endure my chatter about this achievement, as I’ve been working on being able to run approximately three miles at one time without dying since JULY.  One of the reasons I’ve been feeling so ridiculously proud of myself is because almost without exception, all of you who know me so well and share my amazement at any form of sustained, regular exercise by me, have said: “You should be proud!”

So, I took your word for it.

But then I got to my sermon prep for this week and am feeling a bit suspicious about that advice…!  Today’s Proverb is a little two-line zinger in the middle of a chapter that seems to be a litany of advice for people in power—you know, kings and folks like that.  Okay, maybe not just kings.  Perhaps anybody who wields a bit of power, who runs the risk of becoming enamored with themselves, who begins to be seduced to believe that they don’t need anybody else.

So, that’s pretty much all of us.  And this proverb is a warning about pride.  Welcome to today’s cheery morality conversation about: the sin of pride.

To step back and review a bit, for the month of November we’ve been looking at short little snippets of the book of Proverbs.  Take out your Bibles and let’s find the book of Proverbs—just so you know where it is.  Our Proverb for today is on page 522 of your black pew Bibles, chapter 16, verse 18, pretty much the exact middle of the Bible.

Around here we’re usually focusing on the words of Jesus in the Gospels, or the narrative of God’s work in the world as told in lush, epic stories in the Hebrew text toward the front of our Bibles.  But in Holy Scripture as we know it, there are many other kinds of literature, beautiful poetry and prophecy, books of law and history, and a few books we call Wisdom Literature.  The books of Proverbs, Ecclesiastes, the Psalms, the Song of Songs and Job make up the canon of Wisdom Literature.

Proverbs is a list of sayings, rhetorical questions, confessions, imperatives, metaphors, puns, and poetry.  It clearly has multiple sources and likely has some connection to Israel’s King Solomon, but it probably came out of a tradition for centuries in that part of the world, that of collecting and preserving wisdom sayings.

The lessons in the Proverbs ultimately point to God, but they are lessons fleshed out with commentary about human intellect and behavior.  They assume a self-righting universe based on equity, justice, and piety.  They are underscored by the conviction that there is an order to the world, a moral code, and living by such is the “right” way to live.

Today’s Proverb is in and among, as I said, a list of advice and words of warning about the traps of being prideful.  Two weeks ago our Proverb was about trusting in the Lord—remember?  How we should trust in God when we can’t see the future. Today we get a warning about what happens to us when we live our lives pridefully.  We’ve moved, basically, from an aspiration to a warning, a warning about the sin of pride.

And what a sin it is!  Pride isn’t like, say, stealing a parking place someone else was clearly waiting for…or watering your neighbors’ plants just on the last day of their vacation instead of all the way through because you’re sick of being asked to do it.  Nope, pride is one of the big ones; it’s on the list of the Seven Deadly Sins.

People have been refining a list of sins since the start of the Christian church.   Here’s a quick summary of the Seven Deadly Sins, and how they came to be.

“People have always been immoral, shiftless, self-gratifying, and good-for-nothing [shits]. But for ages, humankind struggled to find a conceptual system to operationalize their spiritual shortcomings. The challenge was formidable: the system had to be complex and inclusive enough to implicate a vast range of disgusting behavior, yet simple and memorable enough to inspire guilt in an illiterate peasant.

In the late 6th century, Pope Gregory the Great finalized the list to seven. His ranking of the sins’ seriousness was based on the degree from which they offended against love. It was, from most serious to least: pride, envy, anger, sadness, avarice, gluttony, and lust.”[1]

(I know you guys are happy about the whole lust ranking.  Too bad it’s pride we’re considering today!)

As you can imagine, since that time some of us have been arguing about whether the list is definitive, if the order is correct, how we should rank them—IF we should rank them, whether or not all of us embody some of the sins or most of us struggle with all—the issue has been all-consuming for theologians, but most of the rest of us like to avoid it.   It’s too uncomfortable to talk about sin; it gets a little too personal when you start applying it to life; it’s much more reassuring to talk about love and forgiveness, don’t you think? 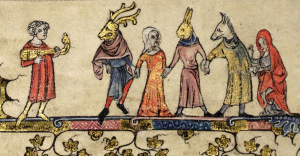 But sin, classified or unclassified, is a reality of our life as humans.   Some would argue that’s not the case, but it doesn’t take a member of Mensa to notice that we’ve got problems.  If you don’t want to get too personal you could articulate those problems in a corporate way, but whichever way you slice it, sin is a reality.

Let me frame it this way.  One writer calls sin: anything that mars, mauls, inflates, depresses, distorts or abandons our humanity.  And perhaps today’s proverb is an invitation to pry up the carefully sealed lids of our hearts, pull out the contents, and take a careful, private and honest look at our lives, to see if and how pride sneaks in and begins that process of distorting the way we live in the world.

Pride is a sin characterized by the color purple, and it’s part of a further classification of the sins into a sub-group known as “the cold sins.”  It indicates a general disregard for the value or perspective of anyone other than ourselves.

Pride is living life in first person all the time.

So upon hearing the advice of the proverb this morning, we may find the courage to notice prideful elements in our own lives, areas in which we show a general disregard for the value or perspective of anyone other than ourselves.

But if we take the wisdom sayings of the Proverbs with any sort of seriousness, we’ll notice that the wise advice we’re given here goes a bit beyond just pointing out a sin.  The writer of the Proverbs says that allowing the sin of pride to tangle its way into our lives, to enslave us and to fuel our action and behavior in the world…well, there are consequences.  And they’re not nice ones.

Pride goes before destruction, and a haughty spirit before a fall.

Seems like when pride worms its way into our lives and motivates our choices and behavior, that’s a sure sign of trouble ahead.  Because the work of being human in this world is largely the work of learning to live in healthy relationship with God and with other people.  And that kind of healthy relationship requires the ability to see ourselves clearly and honestly, to know what it is we have to offer the world and to know what it is…we don’t!

I hear the wise words of the writer of Proverbs and I know them to be true: an excessive living of human life in the first person, our perspectives skewed by pride and our hearts convinced we’re self-sufficiently destined for greatness, can only lead to destruction.  By extreme contrast, some brilliant church father, Jerome comes to mind, began the practice of a form of extreme physical denial and even infliction of pain (extreme fasting to self flagellation, to wearing a hair shirt), and somewhere along the line we came up with the term “mortification of the flesh,” and started thinking of that practice, in some circles, as a spiritual practice.

Surely there’s a balance in there somewhere, a place of safety that allows us to claim and celebrate the gifts and accomplishments of our lives (did you hear I did a 5K a few weeks ago?), and, at the same time, live with an expansive view of the world in which we acknowledge the many gifts of others and our need for those gifts in our lives, too?  Where is that place?

Do you remember Silas, a fictional character in the popular 2003 novel The Da Vinci Code? He is an albino monk, a devotee of the Catholic organization Opus Dei, who practices severe corporal mortification as he struggles to redeem his failures and punish himself enough so that he might begin to see himself a beloved child of God, worthy of fullness of life and assured of his own value.

Like most things in life, the best ground lies somewhere in the middle.  We heed the warning of the sage in Proverbs, that excessive arrogance and pride lead to a loss of perspective, a stumble and fall.  And forgetting the grace and gifts of our created humanity may well put us in the same exact place.  So having heard these warnings today, perhaps we leave this place with the words of this old Shaker hymn narrating our way in the world:

‘Tis the gift to come down where we ought to be,

And when we find ourselves in the place just right,

‘Twill be in the valley of love and delight.

When true simplicity is gain’d,

To bow and to bend we shan’t be asham’d,

To turn, turn will be our delight,

Till by turning, turning we come ’round right

How Jesus Empowered Women (And Christians...
Keith Giles
Related posts from Talk with the Preacher