Sometimes I write things down and they are not coherent.

(That is, usually I write things down and they are not coherent.)

I have many things swimming around in my head; I try hard to write them down in ways that make sense, but they don’t always fit together.  And then Bob Allen fixes them.  (Let the people say amen.)

This is one reason (among many) that I deeply appreciate the work of Associated Baptist Press editors, especially Bob.  Bob regards the mess of words I hand him every two weeks with enough professional detachment and healthy cynicism to generally produce columns that make sense and even occasionally contribute something thoughtful to some discussion somewhere.

I wrote a column this past week about a subject that follows me around, about which I am asked constantly, about which I think a lot, and about which I have many winding and convoluted opinions. On the subject of women in professional ministry it’s hard to separate all these tangled threads to come to some thoughtful contribution to a multi-faceted and emotionally-charged conversation.

I think Bob helped me, again, say something that hung together with some sense of coherence.

But I also wanted to say a bunch of other stuff as asides, or further explanation, or other informing opinions, so I threw them in the initial draft, too.  All these meanderings didn’t contribute to the clarity of message in my column, I know.  But they’re still swimming around in my head.

And, sorry for you, Bob doesn’t edit my blog.  So, here are some other thoughts, peripheral meanderings about gender, vocation, justice, equality, and being good at what you do. Bob’s right, they didn’t really fit in my column this week.  But I wanted to say them anyway. 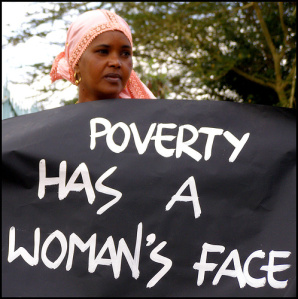 First, the fact of the matter is: the plight of women in the world overall is desperate.  We are about two thirds of the world’s illiterate, impoverished, and enslaved.  That’s a horrifying state of affairs and it needs to change.

I just need to say that because, while I am of the opinion that women (all??!?) pastors should do good work, I do not believe feminism is passé or irrelevant.  On a foundational, societal, all-of-humanity kind of level, everybody should have the same opportunities regardless their gender.  And that’s far from the case now.

And, the dismantling of systems that perpetuate injustice resulting in the appalling state of women in the world must be an urgent priority for anyone committed to justice and peace (and especially, if I may add, people of faith).  Here’s a great place to read more about the state of things on this matter, and to find out what you can do about it.

Second, theological arguments supporting anything less than full inclusion of women in the leadership of the church are unacceptable.

I mean, we can go around and around arguing about this, but I’m not really interested in proving a theological point anymore.  At the end of the day Jesus included everybody, and we should, too. 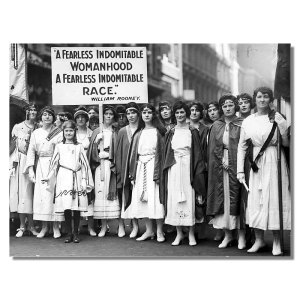 In the Baptist world in particular there have been many women (and men) who’ve held this unrelenting opinion and practiced it in ways that cost them.  A lot.  And no matter how obstinate I prefer to be about my position on this issue, I am not ignorant of the fact that their sacrifice has allowed me the luxury to be so publicly convicted about this, while at the same time doing work I love and I feel called to do.

I want to be sure to say, in as many ways as I can, how grateful I am for the prophetic courage of those who made this possible for me and for so many others.

Third, I am in no way suggesting that it’s a cakewalk to be a woman in ministry, especially in a Baptist context.  It’s difficult to be taken seriously, it’s hard to find a job, and people talk to you far more about what you’re wearing than what you’re saying.  I get it.  This is true and hard, and/but it’s changing (thanks be to God).  In the interim, this is even more reason to be excellent at what you do.

Because, in fact, ministry itself is an intensely high-stress gig no matter who you are. That doesn’t mean other jobs aren’t stressful; it just means that pastoral work is hard.  Many pastors feel extraordinary pressure in the roles they play, sometimes with devastating results.

If you’re a pastor, male or female, who is not handling the pressure of our work in healthy ways, please ask for help.

So, that’s pretty much all I have to say about that.

November 19, 2013 Morality Tales, Proverbs 16: 18
Recent Comments
0 | Leave a Comment
"Any updates with the blog ?"
Stanley Sabbath as Radical Witness
"I really, really, really liked this article. Thank you. ♥"
maguilar9855 When God Gets Political: Enough
"To the author/researcher: I am wondering if you uncovered a time when, as Dr. King ..."
Judith March Hardie MLK at The Riverside Church in ..."
"Church is boring."
Ivan T. Errible Sabbath as Relationship
Browse Our Archives

The lynch mob
slacktivist
Related posts from Talk with the Preacher