I recently found myself asked to take a step back from leadership in worship. The pastor in charge was apologetic and very polite, but the public leadership of women in the church is not biblical, he explained, and as a pastor who believes in the Bible it was important to him to draw that line.

You may guess my reaction to what has become an increasingly rare situation for me. I don’t share that pastor’s opinion that women should not be in leadership; in fact, I’m pretty sure that the way of Jesus invites women into all forms of leadership in the church.

I’m so sure about that, I just don’t need to spend time with folks who are not. It’s just not a relevant question, I fumed internally. And as I continued my smug internal reverie, I was suddenly jarred by the realization that the gospel had done it to me again.

If you’re honest, you probably know what I mean.

Without even realizing it, I’d crossed that very thin line between courageously advocating for issues of justice and peace as a way of championing a radical gospel, and planting myself firmly in the camp of the litmus-testers. 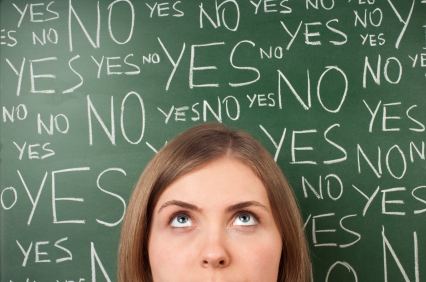 It can happen so quickly, so innocently; you might not even notice you’ve crossed the line until you find yourself, like me, nursing indignant self-righteousness, so determined you’re right that your ability to love in the way of Jesus becomes severely hobbled.

It’s the great irony: just when you think you know the lay of the land, the gospel invites you to love harder.

Here’s how it works. We start out converted, the work of God’s spirit inviting our hearts to stretch and stretch to see the world in ways we never could have imagined. That process hurts because it often invites us beyond convention. And, let’s face it, nobody likes to hurt. We prefer comfortable, assured, black and white — which is why this phenomenon of conversion is often confused with breaking the rules, going against the Bible.

But then somewhere along the way we cross that little line. We move from stretched and aching hearts to convinced and closed hearts. One day we were the ones who were wrong, the next we’re the ones telling others they’re wrong.

Whatever our explanation, whenever we step across that line we forget what we knew in the deepest part of who we are: that gospel is always and ever invitational.

Gospel constantly calls us out of our most entrenched places of comfort and assurance and asks us to change. It asks us to find the courage to move past positions — which are influenced by culture and economics and biblical scholarship and secular advertising and any number of other things — and into relationship.

The gospel is a sneaky dissonance, an uneasy conviction, an ever-evolving understanding of what it means to love like God loves. If we walk in the way of Jesus, we will always be pushed further and deeper in the constant, ongoing formation of our hearts.

I don’t know about you, but I long for black and white. I’d love to move right in with my closely held convictions and just make myself at home, peering out the windows from time to time, feeling sorry for and vaguely disapproving of those on the outside who just haven’t got it right yet.

But when I begin to think that Christian faith is about harsh black lines, then I think I’ve lost sight of it: that mysterious gospel, not a list of rules but a constant, ever-living invitation to love more, to include extravagantly, to embrace with all I am the messy, painful, beautiful way of Jesus, to have my heart changed.

Jerry Falwell Jr.'s Christian Defense Of...
The Semi-Official Blog of Zack Hunt
Related posts from Talk with the Preacher