We Are Better Than This

Even the memory feels vaguely cheesy, as do most things Disney (in my experience).

I was 6 years old; the date was July 4, 1976. For that year of my life my family lived in Orlando, Fla., and my parents took the whole family to Disney World for the bicentennial celebration. It’s one of my earliest memories: fireworks and popcorn and Mickey Mouse and strains of “It’s a Small World After All” — an optimism, hope and pride that framed my understanding of what it means to be an American.

Over my lifetime there have been many moments in which I’ve seen that promise lived out, where my heart swelled with the pride of being an American, just like it did at Disney World when I was 6.

One of those moments happened several years ago when I met a new friend and co-worker. He and his wife won an immigration lottery that allowed them to leave their dangerous and war-torn country to immigrate to the United States. Over the years that I’ve known them both have learned English, finished college degrees, started a family and built a community of friends of which I am blessed to be a part.

Though we come from vastly different cultures and backgrounds, it was clear from the first time we met that we shared so much, most fundamentally the deep desire to find a place where our families could live in peace and safety with opportunities to grow and thrive and build a future. And, as it turns out, we shared the conviction that America could be that place.

I’ve experienced the promise of America in relationships like this one with my friend Mohamed, who came here from Sudan because he believes in this country and our highest ideals. But lately I have not seen an America that makes my heart swell with pride. 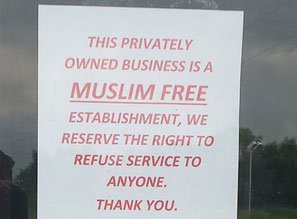 Instead of hope and freedom and opportunity, I’ve heard instead politicians threatening unconstitutional bans on immigration, American Christians spouting a call to arms directly counter to the teachings of Jesus, hate crimes and racial profiling, talk of registering people because of their race and religion. With news like this filling the airwaves, our hearts don’t fill with pride — they’re pulled away instead, toward fear.

We are better than this.

At least that’s what I thought when I was 6.

There’s no doubt that our world is filled with danger and violence. My friend Mohamed certainly knows this as violence continues to erupt in Sudan. There are sick and misguided and evil people in this world who make it their business to harm innocent people in order to advance their political or ideological agendas. But when we, people who love peace, surrender to their fear mongering — when we blithely confuse those who are a threat with those who, like us, are just trying to keep their families safe — we undermine both our security and our values on a deep and foundational level, by letting fear divide us.

When I remember my early impressions of the promise of America, I can’t help but think of my friend Mohamed, who always spoke with tear-filled gratitude about the opportunity immigration to the United States afforded his family; who took my son under his wing and helped him finish a volunteer project for school; who would pause during his work to pray several times a day in the staff lounge; who welcomed me to the hospital room to hold his brand new daughter; who would often comment on the many ways in which our faith practices were similar.

Bringing together people who are vastly different to create a beautiful tapestry of freedom — that’s the America I remember when my heart swelled with pride in 1976. And that’s the America my friend Mohamed and his family gratefully embraced when they were given the opportunity to flee war and violence to find a home where they could thrive.

Like many, I didn’t know what to do when I saw the news this week. So I wrote an email to Mohamed apologizing for the shameful messages polluting American airwaves, reminding him there are so many who refuse this kind of rhetoric. He responded with gratitude for my message and continued: “What makes this country so special is people who keep spreading love, kindness and care to everyone. Unconditionally. God bless you, my friend; I love you.”

I love you, too, Mohamed.

There’s a lot of hatred and violence in this world, but it will not be defeated by a fear that divides us from each other. We know: it’s love, not fear, that will keep us safe. And when we manage to live believing that love is stronger than fear, then we become together an America that can make us all proud. 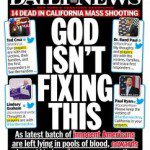 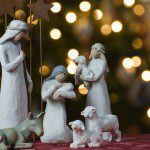 December 20, 2015 What Can I Bring Him?
Recent Comments
0 | Leave a Comment
Browse Our Archives
Related posts from Talk with the Preacher