No More Vigils for Gun Violence

Last week we witnessed an inspiring demonstration of leadership as Democrats in Congress staged a sit-in on the House floor to demand a vote on pending legislation around gun control. U.S. Rep. John Lewis’ (D-Ga.) declared: “Deadly mass shootings are becoming more and more frequent. Mr. Speaker, this is a fact. It is not an opinion. We must remove the blinders. The time for silence and patience is long gone.” If you have not watched his speech, watch it now.

As of this writing these leaders have not been successful in their demands, but their insistence on addressing this issue should be a wakeup call to all of us, if, for some grotesque reason, the murders of more than 90,000 Americans in the last four years as a result of gun violence isn’t. It is way past time when we as a nation should have acted to at least begin solving this epidemic in our country.

One after another, we recite the names we know: Sandy Hook, San Bernardino, Charleston, Orlando. Add to those the names we’ve already forgotten or never heard at all. They make up a mind-numbing litany that has inured us to the shock and horror of our current reality. We cannot let it continue.

The root causes of these horrific acts of gun violence in our country are, of course, much deeper than the availability of guns, and we must get serious about combatting terrorism, racism, homophobia, mental illness, islamophobia, domestic violence and any number of other threats to the health and flourishing of all people. But every time the latest “most deadly incidence of gun violence in American history” happens again, the arguments immediately come fast and furious: This is not about guns, it’s about terrorism! This is about income inequality in our country, not guns! Passing a couple of laws limiting the sale of guns isn’t going to stop people from getting them! Guns don’t kill people, people kill people!

I want you to stop.

It is insane that we are arming sick, hate-filled individuals or any normal citizen, for that matter, with semi-automatic weapons created for the sole purpose of killing large numbers of people. Read that sentence again and shake your head with me at the lunacy of our current reality. Now open your eyes to this horrible truth: we are the ones aiding and abetting the next devastating massacre.

Fixing this problem in American society will take much more than just laws passed in Congress, but we cannot wait any longer to begin taking action. If our complacency was benign before, it is most certainly a sin now.

Last week our protesting leaders in Congress laid down the gauntlet for all of us, and especially those of us in positions of leadership. We must act. As a pastoral leader, I hear this indictment loud and clear. In response, The Riverside Church in the City of New York will hold a one-day gathering this fall, called “God and Guns: Millennial Faith Leaders Address Gun Violence.”

• Millennial pastors and faith leaders of all traditions are the leaders of tomorrow; they and their supportive non-Millenial invitees need tools and information to speak and lead with courage and conviction on this issue.

• The number of evangelical or mainline Christians in the United States who have guns in their homes is nearly 20 percent higher than the national average.

• Churches and houses of faith all over this country are full of people who are either uneducated about gun violence or who want to act for change, but they don’t know how.

We can’t spend our time planning another vigil or just crossing our fingers that we won’t have to hold one. Gun control in America is no longer a matter of opinion or politics; it is a matter of life and death.

I call heaven and earth to witness against you today that I have set before you life and death, blessings and curses. Choose life so that you and your descendants may live (Deuteronomy 30:19). 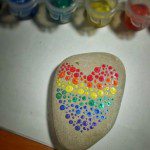 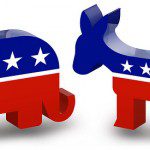 July 10, 2016 When God Gets Political: Interrupted
Recent Comments
0 | Leave a Comment
"Any updates with the blog ?"
Stanley Sabbath as Radical Witness
"I really, really, really liked this article. Thank you. ♥"
maguilar9855 When God Gets Political: Enough
"To the author/researcher: I am wondering if you uncovered a time when, as Dr. King ..."
Judith March Hardie MLK at The Riverside Church in ..."
"Church is boring."
Ivan T. Errible Sabbath as Relationship
Browse Our Archives
Related posts from Talk with the Preacher