Out of Many, One

I doubt I’m telling you something you don’t know, but just in case you’re wondering, let me say from the start: leading a church is hard work. It’s just perpetually difficult to bring a group of people together, united or at least generally aligned around a shared conviction and mission, and move them toward action. 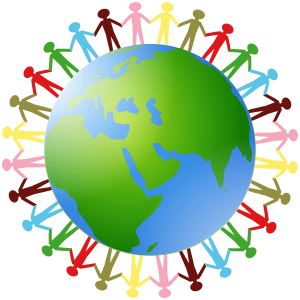 That’s a truth of leading any human community, of course. But when you add God into the mix, human nature combines with religious conviction and the results can be powerfully beautiful. Except when they’re not. The stories I could tell to illustrate the difficulty of this task are legion, but sometimes recalling them is not good practice for my mental health.

Just when I was starting to feel sorry for myself after a particularly difficult week, however, I had the occasion to meet the Rev. Dr. Olav Fykse Tveit, general secretary of the World Council of Churches. Dr. Tveit visited my church recently on a trip to New York and had prepared a few remarks to address to the congregation.

As is my custom when distinguished guests come to worship I had a conversation with Dr. Tveit to learn some personal history I could share when introducing him. I learned that he had been a Lutheran pastor in Norway for much of his career, that he’d been leading the World Council of Churches since 2010, and that he has two grandchildren. As I was busily making notes, however, he said: “All the personal things about me are not really the important things. You should talk about how the World Council of Churches works to bring together over 350 different Christian communions around the world, to find areas of common concern and ways we can work together.”

My pen stopped in mid-sentence and I looked at him incredulously. Over 350 different Christian communions? Areas of common concern and ways we can work together? Are you serious?

I pastor an ecumenical church with a clergy leadership team that represents six major Christian denominations in the United States. The pews of my church are increasingly filled with seekers who either did not grow up with a faith tradition or are returning from a long hiatus away from the church. I believe in the ecumenical movement. In fact, I think multi-denominational faith communities are the future of the church. But building any kind of diverse community is deeply fraught with difficulty. Remember, leading a church is hard work.

But while leading a diverse congregation can be challenging, the barriers to fostering Christian community across 350 communions, I’d think, must seem insurmountable. I asked Dr. Tveit, “Do you sleep at night?” He laughed a little, but not much.

Christians are not called to agree on everything (as if that was a possibility in any reality anywhere), but to live with the kind of unity and community that gives our broken world hope. I want to believe that leading a church, the work of creating diverse and healthy community, a group of people that sees its call as one of modeling health and wholeness to the world, can have such far reaching impact. I mean, how would our community, city, nation change if little groups of Christians could actually do that?

I was expressing this thought later to Dr Tviet. His eyes twinkled and he said: “That is why I do my work, too. I believe that helping over 350 Christian communions find ways to come together as one, and then begin cooperating with our neighbors of other religions, can take us a long way to healing the world. What if we could do that?”

Leading a church is hard work. But the dream of the gospel lived for the world in the gift and power of community is worth hard effort. And on the days when it gets really bad, I’ll just be grateful that I’m only leading one church instead of 350. 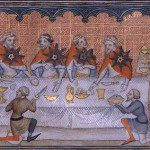 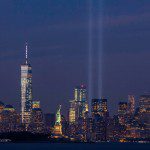