God Showed Up: A Meditation for the Day After

Today I walked into the building and got in an elevator with a group of about 12 Columbia students attending class in our building.  They were tense and silent, and then I said to them: I’m so sorry.  Several of them began to cry.

Something happened in our country yesterday that goes far beyond winning or losing an election.  A dark and dangerous part of our shared life has been exposed like never before and it has left many of us feeling afraid.  It seems that there are many Americans who have bought into a message of fear and exclusion, imagining an America that is largely white and straight and Christian.

Yes, I think tonight it’s not so much that folks are sad that our candidate lost.  Some of us are afraid: for ourselves, for our families, for our country.

It’s important for us to name that fear, because when we do not recognize our fears they begin to animate our lives, to inform our choices, to turn us into grasping and greedy people who eventually become void of meaningful relationships and the rich diversity of human community.

As people of faith, we know that one way to face our fears with courage is to gather together with others and tell the stories of our faith again.  Why?  Because they are stories about moments when the world seemed like it was just about to end, when we were sure that God either didn’t care or didn’t exist, and when we were desperately afraid…but, then…God showed up.

So tonight as we sit with our fears, let’s tell the stories again.

In the beginning, when the earth was a formless void and darkness covered the face of the deep…God showed up.

And remember when Abram left everything—his country, his family, his father’s house, to set out toward something he couldn’t see?  As he stood one night under an inky black sky, looking up into the great darkness above him and wondering if he’d made the biggest mistake of his life…God showed up.

After decades of crippling enslavement in Egypt, the people had packed their possessions and gathered their families and they were already feeling the sweet winds of freedom.  But suddenly they heard behind them the shouts of soldiers, the creak of chariot wheels, and trampling hooves of horses.  Terrified, they sped up and looked toward what was ahead, seeing only the glassy blue of water as far as their eyes could see.  It was certain death for them.  And then…God showed up.

For forty years they wandered.  Once during their winding travel through the desert they got lost, so lost, and they ran out of water.  As the last trickle dripped from the very last water bag and their children cried because they were thirsty, and their tongues stuck to the roofs of their mouths, and they knew this was the end…well, God showed up.

King Ahasuerus ruled over Jewish exiles in Persia with the help of an influential aid named Haman.  Haman had it out for the Jews—he hated the foreigners living in his country and he wanted them dead.  So he convinced the king to allow him to completely eradicate them—to kill them all.  But in the courage and wisdom of a young Queen Esther, chosen for such a time as this,…God showed up.

A young woman—just a teenager—living in ancient Galilee discovered that she was pregnant—certainly the end for any woman back then.  In her desperation and fear she declared defiantly: “God’s mercy is for those who fear him from generation to generation. He has shown strength with his arm; he has scattered the proud in the thoughts of their hearts; he has brought down the mighty from their thrones and exalted those of humble estate; he has filled the hungry with good things, and the rich he has sent away empty.”  And then she carried that baby to term, delivered him in a stable, and laid him in a manger.  And God showed up.

A young rabbi’s message had begun to catch on.  Crowds were turning out to hear him teach because they hoped beyond hope that he would finally be the one to deliver them from Roman rule.  But he knew the message he was preaching wasn’t a message of political power; he was all about radical love, instead.  And when you insist that people turn the other cheek and give away their possessions and love their enemies, they will take you down.  He knew it was coming, but he had to keep preaching the truth.  So he went down to the riverside where his cousin John was blessing and baptizing people.  And he waded into the river, mud squishing through his toes, water cooling his skin.  He held his breath as John dunked him under and he came up sputtering, just as scared as when he went in.  And the heavens opened and a dove came down…and God showed up.

He was one of ten, all Samaritans. Outsiders.  They’d formed something like a little family because they’d been kicked out of their villages.  They were sick and afraid and waiting to die.  Leprosy.  It would take, well, a miracle to get healed and welcomed back into community.  And one day out on a dusty Galilean road they moved to the side as another traveler passed by.  Shockingly, he stopped and spoke to them, offering words of hope, telling them to go see the priest because sometimes miracles actually happen.  And as the man turned and walked away this one leper ran back, sobbing, falling on the ground, overcome, his smooth hands reaching out in gratitude because…God showed up.

It was barely believable, but they did it.  He made them so mad that they killed him.  Beat him to a pulp and nailed him to a cross and put him up on a hill, the steely gray sky as backdrop.  He struggled through his final breaths, agony, until he finally breathed one last time.  And the sky went completely dark and the curtain in the temple ripped in two and his friends, for whom he’d offered hope, wailed at the injustice of it all.  And they took him down and cared for his body tenderly and buried him with deep respect and so much love, and then went back to their lives to try to imagine what might happen next.  And three days later, well you know what happened: God showed up.

And God will show up again. 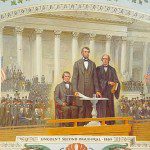 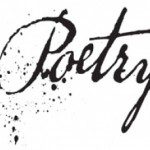