We’re just over a week in to the new year and based on my Facebook feed all the resolutions that were made just nine days ago are facing some pretty big uphill obstacles — at least the ones that haven’t been abandoned already. And if your list looks anything like the one I would have made had I even gotten to that stage this year, it’s no surprise: go to yoga class at least three times a week; spend two hours a day totally dedicated to writing; make sure my Muslim neighbors feel safe and welcomed; feel certain that I’m doing exactly what I’m meant to do with my life; save the planet; assure the happiness and security of everybody I love; create a faith community in which everyone is kind to each other; secure a ready response to governmental policies that harm immigrants; run a 10k before the year is out.

See what I mean? My list is a set up for failure, or at the very least an exercise in denial. Of course it’d be doomed for the 2017 cutting floor. Happy New Year, indeed. 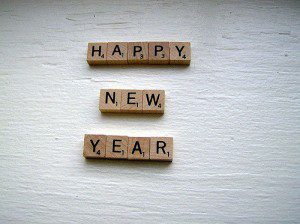 This is not to say, of course, that I shouldn’t be trying to accomplish all of these things. I’m pretty sure were I to make it to yoga class three times a week for the whole entire year I would feel significantly increased flexibility as well as much-needed peace of mind. But let’s be honest: life intrudes, and two hours a day dedicated to writing isn’t always technically possible. And somebody at church will certainly, 100 percent, be unkind to somebody else at church this year. Probably me, come to think of it. Making a list that I will inevitably fail to achieve seems self-defeating. It might even serve to crush the hope we’re going to need to make it to the next new year.

2017 has found us facing a new frontier in many expressions already — personal, national, existential. So maybe it’s time to try something new on the resolution front as well. At the risk of bucking tradition, I propose that this time around we should all ditch the new year’s resolutions and hold close a conviction that we will face an unknown future with the best of who we are actively engaged in working to bring about the best of what God hopes for us, individually and corporately.

This year especially, with even more uncertainty swirling in and around and through our lives than ever before, I wonder if we should even be busy compiling lists of resolutions that will only insure an end result of discouragement, disillusionment and failure. What if instead of frantically clinging for control, we embrace the practice of letting go?

What if the work in this new year is letting go of our illusion of control articulated in concrete and unattainable goals, and living instead with eyes open for things we don’t know how to control or objectify or contain? What if, for example, instead of a list of resolutions, we claim for 2017 the words of Rainer Maria Rilke?

“Be patient toward all that is unsolved in your heart and try to love the questions themselves, like locked rooms and like books that are now written in a very foreign tongue. Do not now seek the answers, which cannot be given you because you would not be able to live them. And the point is, to live everything. Live the questions now. Perhaps you will then gradually, without noticing it, live along some distant day into the answer.”

Live the questions now. Live the possibilities now. Live everything now. And perhaps over the course of this year, the resolutions will make themselves clear.

I’m fairly sure this is the only way I’ll make it to yoga at all, and it frees me to celebrate if there are actually any weeks in 2017 that I make it to class three times. In the meantime, here’s to gathering the courage we need to live the questions in 2017, because that might be the hardest work of all. 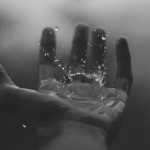 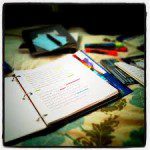 Evangelicals, you have some denouncing to...
Grace-Colored Glasses
Related posts from Talk with the Preacher