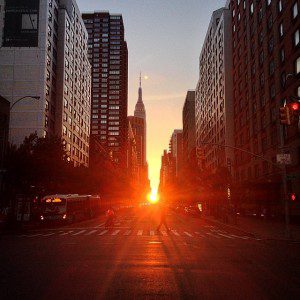 I was trying to think where I was on this night eight years ago.

I remember.  I lived in DC, where it was very cold weather on the eve of the inauguration of America’s first African American president.  Around the church where I was pastor, which was located just four blocks from the national mall, the streets were closed and security was high.

Inside the church, staff and members were rolling out sleeping bags and making microwave popcorn, strategizing for how to stay warm outside in the cold the next day, and adjusting antennae on dusty old Sunday School television to watch the start of the festivities.  We were all settling in for a long night and trying to get some rest before the next morning when we’d be trekking down to stand in line to get as close as we could to that historic day.

I remember the microwave popcorn and the sleeping bags and the disposable hand warmers.  But more than that, I remember this feeling of hope…it was everywhere.

Didn’t really seem to matter who you’d voted for; it was like the whole nation took a moment to step back and look in wonder at hard evidence that everything we believed about the American dream was true: no matter who you were, where you grew up, what country your parents came from, what color your skin was…just like your grownups told you when you were little: even you can grow up to be President of the United States.

Tonight we are approaching the inauguration of our 45th president tomorrow, and on this night, the eve of his inauguration, much of America is not feeling hopeful.

I do not speak tonight assuming that we all voted the same way; of course there are people all over our country, people of good conscience and good faith, who voted for each candidate.  But the fact remains that all of us—no matter who you are—are weary of the constant barrage of news we’ve been hearing, tweets and press conferences and FBI reports and pictures at Trump Tower.  Our ears are raw from the hurtful words flung with irresponsible disregard by pundits and press secretaries and elected officials, the triggers for victims of sexual assault and our Muslim neighbors and cancer survivors who are worried about relapse with no insurance and the constant, cyclical, factual extermination of what little flames or sparks of hope or courage any of us have been able to summon during such a indisputable time of turmoil and division in our country.

And, as it turns out, the result of this relentless, national non-hope, is not the rolling out of sleeping bags on the church gym floor but instead the very real temptation…to look away.  It’s too much—the fear, the uncertainty, the division, the grief.  It’s too hard.  I want to cancel my Facebook account and I definitely want to stay far away from Twitter.

I feel this way—and maybe some of you do, too—because it seems like there’s nothing I can do.  What action could I take to insure there will be no Muslim registry?  Will anyone listen when I say that grizzly bears are not a real threat to school children in America, and certainly not a reason to arm school officials?  If I write a letter to my senator, will it help me sleep during those long stretches when I lie awake wondering whether I’ll have health coverage in the months and years ahead?

I want to turn away, to retreat into stony silence, to close my eyes.  It’s too hard to look, to speak, to engage, because the darkness is so very dark these days.

I’ve been wondering this week if the writer of our reading from Isaiah tonight was feeling some of those same feelings.

The beautiful passage we just heard is part of a biblical book of prophecy written during a dark and desperate time for the Hebrew people.  Jerusalem had been sacked and fallen into ruins and most of the city’s population taken into exile in Babylon.  The Hebrew people had watched as all around them their dearly-held religious convictions were being compromised by the Babylonian culture around them.  Worst thing of all, the people had begun to forget Yahweh—the God of their ancestors.  They didn’t mean to forget Yahweh—it’s just that the darkness around them was so deep and thick that they couldn’t sense God.

It was during this time that this unnamed prophet of Israel began to speak into the darkness.

This passage is commonly known as The Servant Song—words of the prophet as he begins to try his wings, flex his prophetic muscles, raise his voice in the company of the Hebrew people.  When I read the Servant Song, I like to imagine the prophet taking deep breaths, trying to pull himself together, reminding himself what he knows to be true about who God is and who he is, and then readying himself for the task ahead: a task he can easily see is daunting and fear-filled and dark.  How do you preach hope into despair?  How do you cast a vision of a just and peace-filled society when all around you is oppression and bondage?  How do you speak light into the darkness?

It’s kind of like he was giving himself a pep talk when he said such bold and brave things like, “I refuse to spend my strength for nothing or in vanity anymore!” and “The Lord called me for this before I was born!” and “God has given me as a light to the nations!” and “Kings shall see and stand up, princes and they shall prostrate themselves because of the Lord, who is faithful!”

It’s like he’s saying to himself during a really scary time: “Prophet, don’t you look away.  Don’t you dare look away.”

If you happened to be anywhere near this worship space last weekend, you will already know that fifty years ago, on April 4, 1967, Martin Luther King, Jr. delivered his famous Beyond Vietnam: Breaking the Silence address.  That historical fact made this year’s King celebrations even more special than usual, but it is a regular custom here to gather around his birthday and remember him.  This is a great thing, of course, but it has the tendency to leave us looking backward, to the life and witness of a great man who was here and is now gone.  Where are the voices calling for justice and peace?  Who is reminding us of the words of the prophets calling for justice to roll down like waters and righteousness like and ever-flowing stream?  Who is lifting the light and holding it out against the darkness?

We celebrate the words of the prophets, Second-Isaiah and Martin Luther King, Jr., and everyone else in between and beyond, but theirs are not the voices that need to be raised tonight and in the days ahead.  Those voices are yours and mine.

We look back at the legacy of those who have gone before us, but turning our gaze backwards in awe is not where our attention must turn this night.  Our eyes turn instead to tasks at hand, and we raise our eyes to stare unflinchingly at what is before us.

And our light…our light does not hide under a bushel or inside church walls or in online discussion groups filled with people who agree with us.  No, we hold our lights out to the darkness of the world, to the powers that seek to marginalize and abuse and destroy; we hold them up to each other in welcome and relationship; and we refuse to extinguish those lights no matter how deep the darkness gets.

And the darkness is so very dark.

But the gospel of John reminds us: the light shines in the darkness, and the darkness has not overcome it.

Prophets of the justice and mercy of God: like the writer of Isaiah…and like Martin Luther King, Jr…and like so many who have shown us a path of love and hope…you are a light to the nations…a light to this nation.

Hold it up to the darkness.

Speak and work and love and wait.

Because if we have the courage to carry our lights, we will search the horizon one day and we will see the dawn breaking, right before our eyes.

Don’t look away, prophet.  Don’t you dare look away. 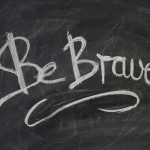 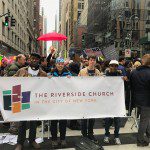 January 22, 2017 Together
Recent Comments
0 | Leave a Comment
"Any updates with the blog ?"
Stanley Sabbath as Radical Witness
"I really, really, really liked this article. Thank you. ♥"
maguilar9855 When God Gets Political: Enough
"To the author/researcher: I am wondering if you uncovered a time when, as Dr. King ..."
Judith March Hardie MLK at The Riverside Church in ..."
"Church is boring."
Ivan T. Errible Sabbath as Relationship
Browse Our Archives