Everything Must Change: Paradise 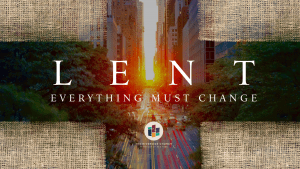 Controversy is swirling in conservative Christian circles this week over the release of the movie based on the best-selling book, The Shack.  The book, originally self-published by author William Paul Young in 2007 has sold more than 10 million copies and been translated into over thirty languages.

Of course there’s a movie!

The book is the story of a man named Mack who has suffered unimaginable loss in the death of his child.  Receiving a summons from God to return to the place his daughter was murdered, Mack goes to a shack and meets God, who appears in the form of an African American woman, a Jewish carpenter, and an Asian woman. Three people.  The book reads:

“Thoughts tumbled over each other as Mack struggled to figure out what to do. Was one of these people God? … Since there were three of them, maybe this was a Trinity sort of thing. But two women and a man and none of them white? Then again, why had he naturally assumed that God would be white? He knew his mind was rambling, so he focused on the one question he most wanted answered.

“Then,” Mack struggled to ask, “which one of you is God?”

“I am,” said all three in unison. Mack looked from one to the next, and even though he couldn’t begin to grasp what he was seeing and hearing, he somehow believed them.”[1]

The book mainly consists of conversations between Mack and these three characters, revealing a loving God who meets us in our questions and grief.  Sounds actually quite wonderful to me, but were you to read my Facebook feed, you’d find this is problematic for some folks.  In a fact that should be of no shock to any of us, Albert Mohler, president of Southern Seminary and outspoken conservative Southern Baptist takes deep issue with the newly-released movie.  He’s concerned about the hints of universalism; worried that people will think God loves everyone; and deeply bothered by depictions of God as minority women.[2]

But here’s the strange thing about this alarm: from the beginning of time human beings have been telling stories about God, trying in our limited human understanding to get our minds around what is, truly divine mystery.  A movie like The Shack is nothing new: we human beings tell stories to help us express deep truths.

And the most powerful stories are those that speak to the deepest experiences of human living—the things we have in common even though we are all completely different from each other.

Stanley Hauerwas, professor at Duke Divinity School, has based his whole entire career on talking about the story of faith we live.  He’s known for terrifying his students with phrases like: “The story we claim through the narrative of scripture is the story we had before we ever knew we had a story.”

What he’s trying to say is that there’s something powerful about a story.  In telling and hearing our stories we find connections with each other and connections to truths that are bigger than ourselves.  We need to tell the story of faith again and again and again…to remind ourselves that God is well at work in our lives, and to discover again how we can be part of the ongoing story of God’s work in the world.

Where we get in trouble is when we expect the stories we tell about God and the human experience to be factual—that is, when we start thinking of a book like the Bible as a history book, rather than a holy text that points us toward the mystery of the divine.  When we look at the Bible through literal eyes, we’re bound to end up writing outraged articles about movies that depict the Holy Spirit as an Asian woman.

Today is the first Sunday in the season of Lent, forty days of reflection and repentance that lead to Easter.  During these next few weeks we’re reading the stories in the Hebrew texts assigned in the lectionary and thinking about God’s constant invitation to humanity to change the way we look at the world.  Everything around us is changing all the time, of course, and any human experience of growth involves change.  But change is hard for us because it challenges our assumptions and invades our comfortable delusions.  Lent is the season to do this hard work, however, and guiding our deliberations today is a story, a story…about having paradise, and losing paradise, and how God is inviting us to change.

Our scripture lesson today starts in the second chapter of the book of Genesis, and it’s the second version of the creation story in our Bibles.

The first version, in chapter one, tells the story of a God who benevolently orders chaos from afar.  It’s like God is a grandparent, sitting in a recliner, feet up, smiling and watching, over the years, a grandchild laughing, learning to crawl, taking first steps, learning to read, playing the piano…coming into his own.  God watches and guides as the universe is brought into order, and then God sits back and says, “Wow, that’s good.  That’s really, really good.”

But the text we read today is almost like a rewind, going back to tell the story again because there were a few things it forgot to include.

In this second version of the creation story, God is not sitting back exclaiming about all the wonderfulness of creation.  Instead, God is in the middle of everything, getting God’s hands dirty by scooping clay and performing abdominal surgery as a form of matchmaking.

This creative story involves Adam, and Eve (in an often disputed role), along with a snake and an apple.  (Perhaps not how I would have narratively structured it, but extra points for creativity.)  These chapters tell a story not unlike similar stories from every human culture in the history, and asks those fundamental human questions: where did we come from, and why are we here?

The stories describe paradise, living in a divinely ordered world in relationship that sustains us, but they are not the start of a history book.  They are stories.  Look at what has happened because we tried to turn this story about how we were created for relationship with God and each other into a series of facts:

Because of all of this history, it’s hard to read this story and find its deeper truths for us today.  One thing we do know, however, is that how this story has impacted our view of God, of each other, and of the paradise we long for has got to change.  Everything about it must change.

What if we began the season of Lent this year by hearing again the stories of creation: the grand story of God spinning the stars into the sky, and the gritty story of humans struggling to live in relationship, and instead of seeing our humanity through the lens of shame, begin to change our perspective?  This is a story that invites us into relationship, with God and with each other, relationship that is real and messy and painful and beautiful.  It’s paradise, really, the very possibility God has laid out for us in this beautiful story: the suggestion that we can live with each other, interdependent and filled with the frailty of our created humanity, making mistakes and then changing everything, starting again, trying one more time to get it right.

The paradise God has created for us here is a tenuous ecosystem: the beautiful earth for which we must commit ourselves again and again to steward, and most of all, each other.  Because love is a fragile gift; we have so many stories to remind us how often we misuse and neglect that gift.

Don’t mistake this story for a history lesson.  It’s a metaphor to remind us of the paradise for which we were created, and why our commitment to return again and again to tend and repair our relationships with God, with the earth, and with each other is the fundamental platform from with the work of Lent must proceed.  Everything must change this Lent, and it starts right here.  In the mistakes and failings of our humanity played out across the bonds that hold us together.

Today we remember that we were created for paradise; that our work in this world is to show up again and again—without shame—to rescue and rebuild our connections to God and to each other; and to be ready, all the time, to see the deeper truths in the stories of our very lives, truths that call us to open our hearts and our hands to God and to each other, and to live boldly into the realization that as God continues to bind our wounds and mend our world, we will be asked to change.

In fact, everything must change. 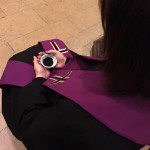 March 7, 2017 Truth in a Post-Fact World
Recent Comments
0 | Leave a Comment
"Any updates with the blog ?"
Stanley Sabbath as Radical Witness
"I really, really, really liked this article. Thank you. ♥"
maguilar9855 When God Gets Political: Enough
"To the author/researcher: I am wondering if you uncovered a time when, as Dr. King ..."
Judith March Hardie MLK at The Riverside Church in ..."
"Church is boring."
Ivan T. Errible Sabbath as Relationship
Browse Our Archives
Related posts from Talk with the Preacher