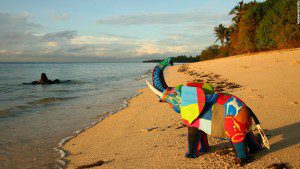 What are you supposed to do after resurrection?

What are you supposed to do after everything you know about life changes?

We’re one week away from resurrection, so it’s natural to ask the same question the disciples were asking each other.

Well, they didn’t know.  They didn’t know that resurrection was just the start—just the beginning of a whole new way of living.  Their work now was to look for signs of life—resurrection—all around them, and to nurture those little sparks of life until they grew into a movement that would change the world.

But that morning, they didn’t know what to do.

I mean, what are you supposed to do after resurrection?

Our passage this morning comes from the last chapter of John, and it’s one of the stories in the Bible of post resurrection appearances of Jesus. It’s no coincidence that Jesus appeared to the disciples just as the earth was emerging from darkness, just as newness began rising on the horizon.  Jesus was there to start over with these men who had gone back to what they knew.  He was there to help them imagine a new way of living the gospel, a way that would continue even without his physical presence.

The damp chill of the night air began to burn off as the sky lightened and the sun began to peek out over the edge of the lake.  As the temperature rose the smell of salt and drying seaweed became sharper.  And if you were to take a walk along the beach, your feet would sink into a perfect canvas of sand, smoothed by the tides of the nighttime and wet with the dew of morning.  Anyone on the beach that morning would have felt a sense of newness, creation.

And as the sun came up the dew on the beach began to glisten and the whole scene looked sparkly.  You would have had to shield your eyes with your hand to see much further than a few feet in front of you.  The breeze coming in off the water was fresh and sharp, cooled from the water below it.  Birds woke and began to soar above, crying out as they started their daily hunt for food. In the glossy morning they could almost imagine that life was the same as it always had been.

But of course, it wasn’t.  Still, they didn’t know, as we don’t, what to do after resurrection.  They had been through the crucifixion, they’d even seen Jesus after his death, but they waited and waited and, well, . . . nothing happened.  They couldn’t stay in a locked room forever, and you know that the drama of a scandal fades away pretty quickly in a big city like Jerusalem.

Practicalities of living called to the disciples, so they must have reached a point where they looked around at each other and shrugged their shoulders and said, “Well, I suppose we should get back to work.”  What that work was, of course was what they had been trained to do all along—catch fish.  So there they found themselves out on the water, all night long, trying to begin again to earn a living in the way they knew how.

Of course they were irrevocably changed, but isn’t it strange how life can change so drastically and things keep moving along as they always have?  Perhaps Jesus’ disciples were feeling that sense of bewilderment as they repeated mechanical motions—throwing out the nets and dragging them back into the boat, then doing it all over again.

Well, you know how the story goes.  They fished all night long with no luck at all.  Weary from the work of throwing out and hauling in the heavy nets, discouraged with their lack of success, they saw a man who was standing on the beach.  They talked about how the fishing had been the night before and the man on the beach yelled out some fishing tips.  When their nets filled, suddenly, one of the disciples cried out with recognition, “It is the Lord!”

Called to breakfast on the beach, the disciples are reunited with Jesus and begin a deep conversation about what it means to live out resurrection.  Here’s what they learn: resurrection was just the start—just the beginning of a whole new way of living.  Their work now was to look for signs of life, to pick themselves up and start again, over and over, until new life flourishes in all the places we’ve come only to expect death.

Scholars tell us that this chapter of John was added to the book later—it wasn’t part of the original story.  It appears that someone felt there were loose ends that needed tying up.  But the chapter is a gift to those of us walking around wondering what we do after resurrection because this is a story about second chances, about seeing signs of life, picking our discouraged and disheartened selves up, and finding resurrection where all we could see before was death.

Notice: in John’s gospel we don’t hear the story of the calling of the disciples, but the other gospels tell us at the very beginning of their stories about how Jesus was walking one day down at the beach, saw some fishermen working, and called them to come and follow him.  It’s been over three years.  The whole world had changed for them.  But there they were again, working on their boats when Jesus calls.  It’s a restart, a sign of life.

And after a long night working with their nets and catching nothing, Jesus directs them to try one more time.  The fish they catch then are so numerous the catch strains their nets and their backs and they can’t believe their eyes.

And Jesus, tending a small fire on the beach, cooks breakfast for them.  Tired, hungry, scared, they are nourished by the food and comforted by his presence.

And then Peter, who just a week before denied Jesus three times in the courtyard of the high priest’s house, gets an opportunity to declare his love for Jesus—three times—like he’s getting a second chance.

That morning, after a long, hard night, Jesus helped the disciples learn again what you do after resurrection.  You pick yourself up and keep going.  You look for signs of life all around you.  And you nurture those signs of life with every ounce of energy, commitment, and courage that you can muster.

Because resurrection is just the beginning.  It was when the disciples started noticing signs of life that everything began to change.  Perhaps we don’t know what to do after resurrection, either. We live in a world where resurrection, new life, seems cancelled out over and over again by unjust systems and corrupt leaders and a global climate crisis and so much despair. But it’s perhaps now more than ever that we should be looking hard for signs of life, having the courage to look into places that are filled with death and darkness and find resurrection.

I recently read a story about finding signs of life in the face of what seemed like death.  It’s another beach story, and on this first Sunday after Earth Day, it seemed like a sign of life to me.

Ocean Sole is a Kenyan recycling company that’s manufacturing art and fashion from discarded flip-flops and other plastic junk, from the piles of garbage that wash up on Kenya’s beaches.

“It’s a trade-based solution to the global problem of marine pollution,” says Julie Church, the co-founder of Ocean Sole. “It gets people to think about the ocean and links them to waterways — and we’re doing it through business.”

“Like in many other developing countries, flip-flops are the footwear of choice for millions of people in Kenya. Affordable and convenient, they are worn by both children and adults alike, as well as by scores of tourists visiting the white sand beaches in east Africa.”

But once the sandals’ walking life comes to an end, they are thrown away. Masses of broken or discarded rubber flip-flops dumped in cities and villages are carried by sewage systems, rivers and other waterways to Kenyan coastlines every year. Making the situation worse, non-degradable flip-flops and other plastic waste ends up on the same shores, brought there by powerful currents from places as far away as China and Indonesia.

“Pollution in all our waterways is a big problem,” says Church. “Rivers are clogged up with plastic and rubber and everything else,” she adds. “When people say that the ocean is plastic soup, it really is, because plastic doesn’t go away — it just breaks down to smaller and smaller parts. Fish, whales, sharks are digesting that plastic and sooner or later that’s going to work its way into our food chain.”

Ocean Sole started in 1997 when Church, a marine conservationist, was working in a sea turtle preservation project on the remote island of Kiwayu off the coast of Kenya.

She was shocked to find the shores of beaches littered with so many plastic objects that were hurting the environment and keeping turtles from their nesting sites.

But she also noticed that the local children used this marine debris, mostly cast-off flip-flops and other junk they’d found by the sea, to create their toys.

So she had a thought: ”What if she could launch a project that would help clean the beaches and also boost development in the community?”

She started encouraging the local women to collect the thrown-away flip-flops and then “transform them into colorful artifacts for a profit.”

This company now employs more than 70 people, and works to recycle 400,000 flip-flops every year. It contracts with more than 10 suppliers who collect garbage from waterways in and around Nairobi, as well as from the Kenyan coastline, to supply the workshop.

Garbage into sustainable business that bolsters communities and cleans the environment.  That’s noticing a sign of life and nurturing it into a movement that is changing the world.  And it’s what you do after resurrection…you get up and start again, you watch carefully for signs of life, and you get busy changing the world. 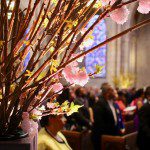 April 18, 2017
This is Only the Beginning of Resurrection
Next Post 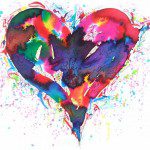 April 30, 2017 Signs of Life: Clue
Recent Comments
0 | Leave a Comment
Browse Our Archives
Related posts from Talk with the Preacher