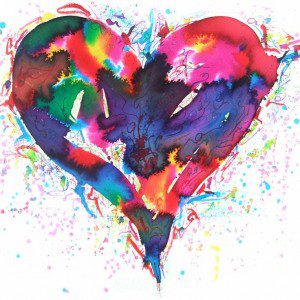 Today is the third Sunday of Easter, a whole season celebrating resurrection.  It makes sense that this would require a whole season, not just one day, since getting our minds and our hearts around the reality of new life is rather counter-intuitive for us.  We’re used to endings and decay and death.  Some of us look around at our lives, in fact, and exclaim about the job of being human, “I didn’t know it would be so hard!”

This is why it’s our work during the season of Easter to pick ourselves up after the shock of resurrection and go about the task of being human, all the while looking for signs of life: reminders that the destruction we see all around us is not the final word, that God is bringing newness to our world, and to us.  We just have to watch carefully for signs of life, to construct a narrative of possibility instead of the world’s constant, unrelenting drumbeat of death.

Thinking about the work of Easter this week, about looking for signs of life, I couldn’t help but call to mind childhood memories of playing the board game Clue.  Anybody else have memories like that?  The game, I learned this week, is older than I am, and it’s a classic murder mystery puzzle.

Every player has to try to guess who committed a murder, in which room, with which weapon.  Was it Colonel Mustard in the library with the candlestick?  Professor Plum in the conservatory with rope?  Mrs. Peacock in the dining room with the poison?

You roll the dice and move from room to room in the mansion, asking fellow players questions that give you clues to try to solve the murder.  It’s an exercise in feeling around in the dark, deducing a series of events by piecing the clues together.

Frankly, I can’t imagine what the adults in our lives were thinking encouraging us to spend long afternoons trying to figure out who killed who by what means where.  Sounds a bit violent and inappropriate to me now.  But remembering the experience of playing that game made me think about how it feels to live in the light of resurrection, to make our way—almost blindfolded, it feels like—through life, feeling around in the dark for clues, signs of life, to help us make sense of the miracle that is resurrection.

We need help, because new life, possibility and hope are not the narrative this world teaches us.  We’re accustomed to death, and endings, and saying goodbye forever, and no hope at all.  Learning to think in new ways requires us to look intently for signs of life, clues of God’s ongoing work of resurrection.  It’s what was happening today in a story unique to Luke’s gospel, the story of the Emmaus Road.

It was 7 miles—about a 3 and a ½ hour trip, if you were walking along at a pace that ambled rather than rushed.

And I expect those two disciples were not focused too much on rushing, because the gospel text tells us that they were talking intently with each other . . . and it’s hard to rush when you’re talking and listening intently!

They were talking about all the things that had happened, recounting every little detail, trying desperately to get their bearings, to recover from everything they had just been through: the death of their leader, Jesus; the threat of Roman retaliation; the uncertainty of their collective future.

Emmaus was their destination, to be exact, a village in which, perhaps, they had the comfort and support of a family home, a place to which they could retreat to try to gather themselves together and face their futures.

It was toward evening on the road at the time we hear of the disciple Cleopas and his colleague, another disciple, whose name we don’t know.  Night was beginning to fall, the glow of the sunset painting the horizon.  As they walked along, they were talking about everything that had happened to them, recounting every little detail, as you and I would any large trauma.

It wasn’t that they were talking about the unbelievable idea of resurrection, like you and I would any day after Easter.  Resurrection wasn’t a reality for them.  Instead, they were talking of terror; of the pain they felt; of the uncertainties of their lives; of wondering whether or not they had made the right decision to follow Jesus.

At that moment, along the dusty road that evening, the possibility of resurrection was as foreign to them as it is to you and me when we hear of the death of a friend.  If they gave it any thought at all, the idea of resurrection to those two travelers was a rumor; the ravings of grief-stricken women; the politics of a city gone mad.

And as those disciples walked down that road to Emmaus, a stranger approached.  But they were too engrossed in their conversation to take notice of him.

But this stranger along the road wasn’t content to walk by himself on the opposite side.  He kept trying to insert himself in their conversation, to get a hint of what they were discussing.  To him, their conversation probably sounded riveting, enough to keep a mind occupied on a long and boring road trip.  He sidled up to them and asked: “What are you discussing with each other as you walk along??!?”

The text in the gospel of Luke says they could not really answer him.  They just looked to the ground, dejected . . . sad.  Then, they told that stranger all about their hopes, their hopes for the military redemption of Israel, for this leader, Jesus, who would deliver them from the oppression of Rome.  How sad they were that he had been killed; that the hope he proposed never came to fruition.

And looking sad was the least of it.  At this point, they were even afraid for their lives, filled with anxiety, uncertainty, apprehension about the future.

One of the most curious things about this story is that these two disciples did not recognize their friend Jesus.  It seems so unlikely to us, but I wonder how often we see signs of life, glimpses of Jesus, in our daily lives, but don’t recognize him?  Think about the disciples on the road that day this way:

You lose a friend or a loved one to death.  Then, one day, you find yourself in the frozen foods section of the supermarket, carefully selecting meals for the week.  As you move along the glass panels, you see in the reflection a face, a face that suddenly and heart-stoppingly reminds you of this person you loved who has died.  You turn around, suddenly and see this person, off in the distance.  It looks an awful lot like that person you lost.

What is your response?

Do you rush over to that person, hug them indiscriminately, rejoicing in the return to life of this friend you thought had died?

No . . . no, you don’t.  Why?  Because that person is dead, that’s why.  Gone.  Totally without possibility of resurrection.  You know for a fact that you attended that funeral; that that person has died and you saw him buried; that to run over and make a fuss over someone who is certain to be a totally different person is embarrassing!

So, that day in the frozen foods section, what you do is pull yourself together, tell yourself that you are just being ridiculous, and then . . . quickly . . . move on to produce.  Right?

But then they arrived in Emmaus and the point was moot.  They were staying in town that night and the stranger, well, he seemed to be going on to some other destination.  The road was dangerous in the dark, though, especially all alone, so they called out: “Stay with us!  It is almost evening!  The day is already over, and you wouldn’t want to be on the road at night, would you??!?”  So he went in to the house with them.

And that stranger, when he was at the table with them, he took bread, blessed and broke it, and gave it to them. Scripture says, “Then their eyes were opened and they recognized him . . . and he vanished from their sight.”

At that moment, they knew.  They suddenly recognized Jesus.  All around them there had been signs of life; they just hadn’t seen them.

I guess you and I can learn all we want to about Jesus.  We can experience him in all kinds of liturgical ways . . . in the giving and taking of communion; in the passing of the peace; in the time of prayer.  Yes, he is here, and he is real in these things.

But, we don’t experience him threading his way in between the pews, shaking your hand and mine.  And because of this, resurrection for us can quickly become theoretical, a nice concept, a once-a-year trip to church.  And we become so numbed with the realities of human living that we cannot recognize signs of life, we cannot recognize Jesus.

But all around us there are clues, signs of life.  And very often they are found in the words and faces and lives of those walking the journey of faith with us.  Think about just this week.  Where have you seen signs of life?

Me? I saw clues, signs of life, in the laughter of a baby, a precious life adopted by friends who struggled for years and years to have a child.

And I saw Jesus in the kind words of a friend who showed up for me when I was all alone and a bit afraid this week.

I saw Jesus when I read about an urban youth farm called Harlem Grown, right up here on 134th street, where kids in our neighborhood are learning about teamwork, service, entrepreneurship, agriculture, and care for the earth.

And there were signs of life right here in this very place last night when we witnessed Kevin and Marci Vandiver share their wedding vows.

I saw Jesus in the many, many emails I got this week, thanking this congregation for setting a courageous example with efforts to divest our endowment from fossil fuels—a statement of faith that has impact far beyond just this community.

Even if you can’t see, I am telling you: there are signs of life all around you right this very minute, in the profound gift of each other, people who walk alongside us offering clues of God’s presence and grace even in the darkest moments of human living.

Resurrection can be almost surreal; it’s hard to see in the darkness surrounding us.  And that’s exactly why we have each other, so that little by little we can piece together clues of God’s presence and power, signs of life…clues you might say, that…one by one…lead us to faith. 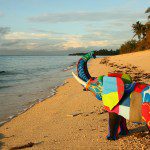 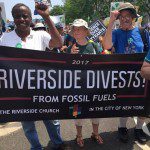 May 9, 2017 Caring for Creation: Idea or Action?
Recent Comments
0 | Leave a Comment
Browse Our Archives
Related posts from Talk with the Preacher