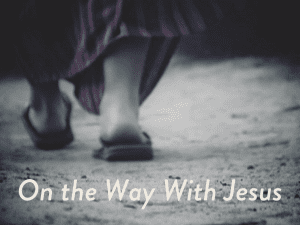 Whenever I read our gospel lesson from the sixteenth chapter of Matthew’s gospel or even hear the words read as we did this morning, it always reminds me of an experience I had about ten years ago in a big, suburban grocery store.

I was then the mother of a 13-year-old boy, so no matter how hard I tried, I could not keep enough food in my house, and we were out of milk…so I just thought I’d run in and pick up a couple of gallons while I was out on another errand.  When I got to the back of the store, I heard an announcement over the loud speaker saying that there was going to be a free gift opportunity in the produce section in five minutes.  The first five people who made it over to the produce section starting in 5 minutes would receive a special, one-of-a-kind gift that you do not want to miss!

I finally got curious and decided to go over to produce.  Halfway there I could see other people heading over and I started rushing because I wanted to get my free gift!  Turns out in the produce section there was a big display promoting a company selling these magical heating pads, you know like you use when you hurt your back.  And you had to stand there for five minutes and listen to the sales pitch before you could get your secret, special, one-of-a-kind gift that you do not want to miss!

So, naturally, I stood there and listened.

And, seriously, those heating pad things started to seem really neat.  You just had to press this little button and start this chemical reaction that would make the heating pad heat up; they had several different sizes for your shoulders, even your hands; and, for a limited time, you could get their most popular model—the lower back pad—at the unprecedented rate of 50% off!

Now, recall that this happened 10 years ago when I didn’t need any heating pads (my how things have changed).  Really, I was just there to buy milk.  But as the woman went on with her sales pitch I started to think—you know, maybe I could use a heating pad or two.  Like, in case I pull a muscle in my back or something sometime?  And they are so amazing, too!  And 50% off if I buy now…!

At the end of her speech I was completely sold.  But then the woman asked if anyone had any questions.  One of the people in the crowd raised his hand and asked her—out of all the options they were selling—which one did she personally find the most versatile?

The woman immediately answered: “You mean me personally?  Oh, I wouldn’t know.  I’ve never used a heating pad before.”

That ended any potential sale as far as I was concerned.  Right then I immediately found her whole presentation completely disingenuous.

So, I left to go get my milk (but not before picking up my free gift, a real cool cheese knife!).

I think about this story when I hear this passage from Matthew’s gospel because whatever that woman was saying in the store was about to make me spend a lot of money buying something; that’s how good marketing works.  Well, Jesus, who spent three years wandering all over Galilee teaching a gospel of love and justice, seriously needed some marketing advice because the fundamental teaching in this passage: “take up your cross and follow me…whoever wants to save their life will lose it, and those who lose their lives for my sake will find it” might just be the worst marketing slogan in the entire history of the world.

As we’re on the way with Jesus these next few weeks, trying to understand what it means to follow him in this world in 2017, imagine what it must have felt like that day to be one of his disciples.

To set the scene, you have to flip back to the verses immediately before this passage.  They describe a conversation Jesus had with his disciples where he asked them who they thought he was.  You might remember that it was Peter, the disciple who was always getting in trouble for lack of a filter everytime he spoke, who answered: “You are the Messiah, son of the Living God!,” an answer that delighted Jesus.  He called Peter blessed; he said Peter was the rock on which he’d build the church; he said Peter had earned the keys to the kingdom.

If I had to guess what Jesus was thinking, I bet it was something like, “FINALLY,” but you know the disciples must have been high-fiving one another, or fist bumping, or whatever you did back then—hugging each other, laughing.  In short, it was a great moment for everyone.  But then, the very next verse, our passage for today, starts, “…Jesus began to show his disciples that he must go to Jerusalem and undergo great suffering at the hands of the elders and chief priests and scribes, and be killed…”.

Uh, yeah.  Silence must have fallen over the group.  Way to kill the vibe, Jesus!

It was a terrible marketing move, but now that they finally knew who he was, Jesus had to move them past congratulating each other and help them understand the truth of what it meant to live a gospel of radical love.  “Everybody, listen up.  Your decision to live out the gospel is not going to go over well with the people who enjoy power and privilege at the expense of others.  Folks who feel comfortable will begin to get uncomfortable.  And when power is threatened, it always hits back.  Hard.  I’m not mincing words with you here.  This is serious business.  If you’re really about following me, it’s going to hurt.  It might even cost you your life. You need to decide if you’re all in, because there’s no halfway when it comes to changing the world with love.”

Well, we all know what happened next.  Immediately following his moment of glory, no-filter Peter speaks up and starts protesting—rebuking Jesus, the text says.  “God forbid it, Lord!  This must never happen to you!”

I’m sure Jesus was thinking, “Wait until you hear what I have to tell you next!  It’s not just me I’m talking about, it’s you, too.”  But out loud Jesus said something that I think is worth all of us noting because we need to hear this, too.  He said: “Peter, you are setting your mind not on divine things but on human things.”

How do you make decisions?  My parents always told me the best way to make a hard decision is to draw a line down the middle of a piece of paper and list the pros and the cons for each option.  In the Quaker tradition, however, there is a process called a “Clearness Committee.”  Some of you know that I used this process to help me decide whether or not I should move to New York and answer the call to be your pastor.

A clearness committee, as I experienced it, is a group of people, maybe 5-7, from different parts of a person’s life who agree to help that person find clarity about a difficult decision.  Though they vary in style, in general a clearness committee will meet together once for 2-3 hours, sitting in a circle and beginning with silence or prayer.  Then, the person struggling with a decision will voice her dilemma.  After that, she sits silent for the rest of the meeting, listening carefully to the voices of the people in the circle.  They will not give their opinions, but rather raise questions and make observations and state truths that they see.

It was after my own clearness committee experience that I knew I would come to New York if called, because the people in that circle named every difficult question, every potential grief, every single fear that I had been carrying deep in my heart.  They told me the truth.  And once I heard the truth and knew in my heart exactly what the landscape of this decision entailed, I was able to know the answer.  Right here.  In my gut.

Jesus is telling his first disciples—and us—the truth about what it means to live the gospel, and I don’t think it’s coincidental that Jesus tells Peter he’s “setting his mind” on the wrong thing.  To make a decision to follow Jesus, to live my life, your life, the life of this community to reflect the radical gospel love of Jesus, it just won’t do to just write up a pros and cons list.  This decision is much deeper, much bigger, much riskier than we can even imagine.

This is the great paradox of the life of faith, put so eloquently by Jesus in this morning’s gospel lesson: “If you want to be my followers, you’ll need to take up your cross and follow me.  Those who want to save their lives will lose them; those who lose their lives for my sake will find them.” The disciples didn’t know, and frankly we don’t either, that when Jesus said “give up your life” he really meant “give up your life.” But in the world we live, I wonder if we can afford to do anything else?

Today is Labor Day, so we want to especially call to mind people who cannot earn a living wage, who live in desperate poverty, who are exploited by unfair and unethical labor laws and policies.  But, in addition to that, if the election of Donald Trump has done anything good, it has surely shown us that living as a follower of Jesus in America today will not allow us to muddle along hoping for the best.  We have to DECIDE.  We have to decide who we’re going to be as people in a world filled with evil and hatred.  And we have to decide who we, The Riverside Church, is going to be in a moment when the country and the world think that Christian leaders spend all their time writing hateful statements about LGBTQ people and preaching prosperity while people drown outside the doors of their churches.

We have to decide: will we embody the radical love of Jesus and accept nothing—nothing—less for ourselves, for our church, for this world?  We’re on the way with Jesus, and Jesus was right then and he’s right now: what we decide could very well be a matter of death and life. 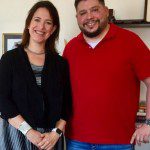 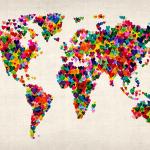 September 10, 2017 All We Need Is Love
Recent Comments
0 | Leave a Comment
Browse Our Archives