All We Need Is Love 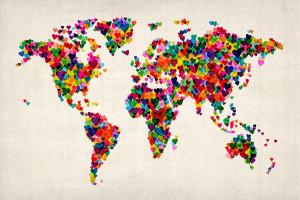 Our world is literally swirling around us, and so many of us are preoccupied both with the daily rush of life and now our worries about friends and family in the path of hurricanes…and earthquakes…and fires…and deportation…and lost healthcare…and so many things.  As we begin the sermon today, I want to ask you to join me in just a few moments of silence, time in which you can perhaps take a deep breath, still your rushing thoughts, and focus on our work in this space, right now.

Let’s rest for a moment in the hands of the One who holds the whole world, even us.

There are lot of weird rules in the Bible.  I don’t know why anybody even debates that anymore; it’s just objective fact.

In the book of Exodus, for example, we’re reminded never to boil a baby goat in its mother’s milk. (Check.)

In Leviticus there are lots of rules, including the strict prohibition of owl-eating (Also, check, as far as I know).

In Deuteronomy we learn that one of the worst things you can do is build a house with an unsafe roof—you’re not allowed to let people fall off your roof.  (So far, so good).

But unusual rules aren’t unique to the Hebrew text; in what Christians often call the “New Testament,” there are lots of rules, too, and I admit I didn’t fare too well there.

You should always return a runaway slave to his owner, Philemon says. (Well, with our own country’s stained history and present, and all kinds of human slavery on the rise around the world, I don’t think I want anything to do with that one.)

1 Peter says that women shouldn’t wear jewelry—(which I know will be devastating to Miss Vera, since she and I regularly vet each other’s earrings).

These rules and others that are woven throughout our holy text are part of the reason that we, as Marcus Borg says, take the Bible seriously, but not literally.  Many parts of the biblical text were written to address specific situations in cultural settings that you and I would find quite strange as twenty-first century Americans in one of the largest cities in the world.

Today, however, we hear a passage from Jesus that is unusually specific and prescriptive for him.  It’s also very uncomfortable, not wholly unlike that whole “women do not have authority over men” thing you can find in 1 Timothy….

But as we look at the gospel text I’d like to suggest that looking at today’s passage, we should take the Bible seriously AND literally, because Jesus has some very direct words for his disciples and for us.  His advice was as good back then up on a Galilean hillside as it is today in a New York City subway station.

You may recall that this is the second week of several weeks where we find ourselves “On the Way With Jesus,” trying to imagine what it might have been like to be his first disciples.  They’d signed up to follow him for various reasons—most likely the hope of political power—but he kept saying things that just didn’t make sense within the narrative of overthrowing a corrupt government and claiming political power for themselves.

In fact, he kept saying things that hit them right here in the heart—in very personal ways—and pushed them so far out of their comfort zones, you know they must have spent most of their time walking around looking puzzled.  Today our journey is a journey of community, listening carefully to Jesus’ rules for how to build and nurture personal relationships.

“Why is she talking about the rules of relationships?,” some of you may be thinking.  “Why is she talking in church at all—she’s a woman!?,” others might still be thinking.  The things that are on our minds are big things, like hurricanes, fires, earthquakes, an eclipse…if my theology allowed, I might even say that Someone up there must be reeeeaaally angry about something.  Huh.  Wonder what that could be?

But you and I both know that’s not how our God of radical love works in the world.

Still, hear me clearly: there are consequences to the behavior we choose—our exploitation of the environment has caused undeniable climate change that is devastating some of the world’s most vulnerable.

Our election of this current administration has thrown our country into fear and enabled our contempt for one another to come even further into the light of day.

Our rampant overconsumption has left a large part of this world in abject poverty.

The result? We become totally ineffectual in the sacramental work of healing the world.

You might imagine that the disciples were up on a hillside listening to Jesus teach.  Maybe they were feeling a bit smug—chosen to be disciples and a tiny bit better than everybody else.  And maybe there were some in the group already plotting their own rise to power in Jesus’ ranks.  And likely—it was a group of at least 13—there must have been tension somewhere.

So Jesus begins: “If another member of the church…”

We’ll note that this is the second and last time that the Greek word “ekklesia” appears in the gospels—the other time was from our passage last week, when Jesus told Peter he was the rock on which he would build his “ekklesia,”—church, it’s translated.  Of course the Church as we know it would not come to be until much later, but perhaps Jesus was speaking to those who were gathered there, and meant something like “this beloved community”—those who claimed to be his followers. Like…us.

And Jesus said, when someone in your beloved community—your family, your church, your group of friends, offends you, here are the steps you should follow to move toward reconciliation:

Step one: go to the person with whom you’re angry, or who has hurt you, and tell them how you feel.  Directly.  One on one.

Step two: if that person is unable to hear your concerns and move toward truth and reconciliation, bring one or two others with you to try to help resolve the conflict.

Step three: if that doesn’t work, it’s time to bring the unacceptable behavior out into the light of day—don’t hide unresolved resentments in your community, whispering in side hallways, because they only fester and end up destroying the bonds of love.

And if that doesn’t work, Jesus says, well then, the offender becomes like a tax collector.  Or Gentile.

Notice Jesus did not say: if someone in your beloved community offends you, go straight to the people you know who agree with you gossip about it.

He also did not say: set up a phone tree or an email chain for the purpose of complaining behind someone’s back.

And, he did not say: just avoid the person who offended you until they either get the message and apologize, or just leave.

No, Jesus was very direct, directions we take seriously AND literally: three “easy” steps to ending conflict in communities.

I can’t begin to count the times I’ve had someone say to me: “I left the Church because people who claim to be Christians are so mean to each other.”

Of course people behave badly at church.  Why?  Because churches are human institutions made up of flawed humans.  In short, the good news is that Jesus is showing us a way toward reconciliation and beloved community, if we will only take the journey.  The bad news is that all of our human communities include a lot of people who are just as difficult, fear-filled, angry, hurting, and even mean, as you and me.

So how are we going to tend our communities in such a way that they reflect that radical love of Jesus?

Well, the most important thing to remember when following Jesus’ direction here is that he is actually not talking about the three steps to kicking someone out of a community.  Many churches have interpreted Jesus’ words this way, but that isn’t what he means here.  If these steps fail, Jesus says to view the offender as a tax collector or Gentile.

Remember who Jesus persistently reached out to, inviting them to dinner and talking with them and offering them a new way to live?

And we should note that this passage is flanked on the front end by the parable of the shepherd that leaves 99 sheep and goes out to find the one lost sheep in his flock, and at the end of this passage Jesus teaches about forgiveness.  Today’s little group of verses contains steps toward reconciliation, because when we do the hard work of taking Jesus seriously AND literally—and I do mean hard work—we can finally understand how deeply and sacrificially God loves us.  Jesus is inviting us here to do the hard work of reconciliation.

One of my predecessors in this pulpit, Bill Coffin, said, “[We are]…free to do good, free to sin.  So when in anguish over any human violence done to innocent victims, we ask God: How could you let this happen?  It’s well to remember that God at that very moment is asking the same question of us.”

It’s much easier, as Dr. Coffin said, to lament the state of the world than it is to actually change it, which would require listening carefully to Jesus here and taking his words seriously…AND literally, knowing that the health and thriving of our beloved communities are worth all the work that real love requires.

It seems overwhelming, doesn’t it?

In fact, now that I’ve asked all of us to take Jesus literally, I’m a bit worried about looking at my inbox this afternoon, because people often complain there directly and I can’t imagine what will happen if the people that don’t complain directly, start.  Overwhelming.

That means, that God is here.

Will we take the journey of community and do that hard work of love?  When we follow the rules Jesus has laid out for us here, we’ll find quickly that our hearts will soften and we’ll surprise and maybe even delight each other.  And little by little we’ll heal ourselves, each other, and the world around us because…all we need is love.  And if we look hard enough, there’s a whole lot of that right here. 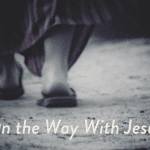 September 11, 2017 A Prayer for Sunday
Recent Comments
0 | Leave a Comment
"Any updates with the blog ?"
Stanley Sabbath as Radical Witness
"I really, really, really liked this article. Thank you. ♥"
maguilar9855 When God Gets Political: Enough
"To the author/researcher: I am wondering if you uncovered a time when, as Dr. King ..."
Judith March Hardie MLK at The Riverside Church in ..."
"Church is boring."
Ivan T. Errible Sabbath as Relationship
Browse Our Archives