On Adeptship: What It Means To Master a Tradition or Discipline

The discussion has been brought up on The Great Work emailing list: “what level of adeptship do we feel ourselves to be”? I wound up writing an email long enough that I figured it belonged as a blog post.

Before you can delve into determining level of adeptship, you first must answer the question of what an adept is.

We become adept at something or an adept through years of study, practice, and experience. We are not likely to get there overnight, and the idea that this can be brought to us in an instant through an initiation is actually absurd. It’s akin to saying that merely giving me a college diploma gives me all of the knowledge I need when in fact it’s just an acknowledgement of the work I’ve already done. All an initiation can do for you is just that, simply acknowledge what you have already done, and bring you to the next level that you may realize just how much of a neophyte you still are on the path. Life doesn’t end after graduation.

The idea of mastering something, whether it be a craft, tradition, or any one skill, comes through focus and perseverance. It does not imply perfection, nor does it mean you have nothing left to learn. I’ve spent a decade or more in any of the above that I listed, and never once have I felt that there was a stopping point; perhaps a desire to focus on another tradition or move on, but in any of them I have the capacity to teach and transfer information.

The process fascinates me. I recall what it was like for me to transition into traditional witchcraft after having spent over a decade in ceremonial magic. After my time in the Golden Dawn I went onto other things, and it was an odd transition to go from being a knowledgebase and teacher in a tradition to being a complete and total newbie. And to be honest…I loved it. I don’t think it’s unusual once you’ve gained a particular skill that what you’ve learned from it is something which guides you into another direction. I still engage in Golden Dawn related discussions and talk with people in the tradition all the time, and much of my knowledge and experiences I’ve gained from it continue to benefit me in day to day life.

When I first wrote this blog post, I was eyeballs deep in the Abramelin rite. Various traditions stress the importance of doing this once you’ve reached the level of adeptness, and yet it’s something you can do even as a neophyte. I do think however like all forms of personal development that doing any one thing is easier once you’ve already done a good deal of personal work. After having completed it, one of the things I had to learn was that “knowledge and conversation” was an ongoing thing, not a one-off that happened once and stopped. There was an initiation, but that “conversation” continued. The knowledge continues.

A huge part of mastery is self-mastery, and even in business people stress the idea of doing personal development and growth. The most invaluable thing about the Golden Dawn, IMHO, is its elemental alchemy which provides a basis for doing just that. People who race through the grades like people collecting Girl/Boy Scout badges miss the boat entirely, and are depriving themselves of the most powerful aspect that particular tradition has to offer. I cannot stress its importance enough. It is far, far more important than all of the memorization and ritual that the grades have to offer, and will make you into a much more magically efficacious magician. 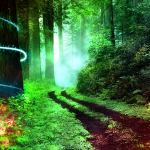 January 21, 2018
On Being Ready: Self-Worth and When To Leave Your Comfort Zone
Next Post 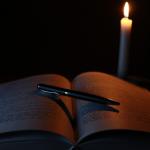 January 21, 2018 Hermetic Seals, Oaths, Vows Of Silence: Sacred Secrecy Or Dishonesty
Recent Comments
0 | Leave a Comment
"How do you dream of the gods? I've always wanted to, but they never come ..."
Sam Apollo Is Not A God Of ..."
"Yikes at the TERFy language. You can go away now."
Scarlet Magdalene Why I Absolutely Loathe And Despise ..."
"Wow, thank you. I cannot believe how much I needed that. Just every note hit ..."
Shirley Blake Beltaine: Is It Virtually Impossible To ..."
"Thank you."
Falkenna Survive Now, Thrive Later: Meditations With ..."
Browse Our Archives
Follow Us!

Another Look At "To Be Silent"
“To Be Silent” is perhaps the most misunderstood tenet of the Witch’s...
view all Pagan blogs
What Are Your Thoughts?leave a comment
Copyright 2008-2020, Patheos. All rights reserved.