When a “Psychic Attack” Isn’t: Battling New Levels of Awareness as a Witch or Magician

When a “Psychic Attack” Isn’t: Battling New Levels of Awareness as a Witch or Magician February 7, 2018 River Enodian

What is a “psychic attack”? When is something suspected to be a psychic attack, and what are the other potential possibilities?

I will break this down by the types:

While the first example could be any number of things, I will instead focus on that second one.

It’s extremely common as a new magician or witch to become overwhelmed by the new sensations and energies as you continue to grow in awareness. Like someone getting into shape who is trying out a new workout, you are bound to experience muscle soreness.

It’s a similar deal with either the newly psychically sensitive or those who are undergoing a drastic shift in their level of awareness. Everything is loud, everything hurts, your subconscious is on overdrive and it’s manifesting in all sorts of unexpected ways. Naturally one’s first instinct is “Oh no, have I pissed off a spirit or deity? Am I under some form of psychic attack?”

First of all, if I’ve described a situation that resonates with you, breathe. It’s normal. You’re not alone. I first went through this in my early teens and had no idea what the hell was going on, and the fact that you are bound to get noticed by other spirits/entities while you’re waking up probably doesn’t help either. Nine times out of ten nothing is actually attacking you, you’ve done nothing wrong, you’re just rapidly gaining awareness and using “muscles” that haven’t done this level of effort before. It may feel overwhelming, you may be concerned that you’re losing your mind.

My recommendations to you if you are facing this is as follows:

Remember, this doesn’t just happen with people who are new to magic, too. This can happen to anyone if you find yourself suddenly gaining new levels of psychic or energetic awareness.

In my next blog post, I will cover how to determine if you are indeed under some form of hex or psychic attack. 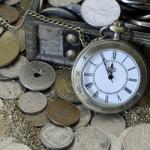 February 5, 2018
How To Magic The Money: Tips And Tricks Learned The Hard Way
Next Post 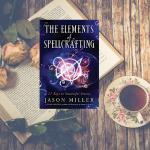 February 9, 2018 Review: The Elements of Spellcrafting by Jason Miller
Recent Comments
0 | Leave a Comment
Browse Our Archives
get the latest from
Tea Addicted Witch
Sign up for our newsletter
POPULAR AT PATHEOS Pagan
1