Unbalanced Mercy And Unbalanced Severity: Boundaries Are Healthy And Ethical

“Remember that unbalanced force is evil; that unbalanced severity is but cruelty and oppression; but that also unbalanced mercy is but weakness which would allow and abet Evil. Act passionately; think rationally; be Thyself.” – Aleister Crowley

“Child of Earth, remember that- unbalanced force is evil, unbalanced mercy is but weakness, unbalanced severity is but oppression.” – Neophyte Initiation of the Hermetic Order of the Golden Dawn

At my first public pagan event after college, I had no idea what to expect. To be honest, I was sheltered and lucky having been in ADF, an academically oriented Indo-European pagan organization focused on Druidry. ADF made up my college experience, and it was a good one. So you can imagine my surprise when I attended a Lughnassadh ritual where some guy came up, interrupted the ritual, and decided to go on a rant about how terrible Lugh was and why we shouldn’t honor him. Never mind the fact that he didn’t know the differences between Lugh and Llew, and got most of his facts about both gods wrong: he was disrupting a sacred rite for everyone. Naturally I spoke up and corrected him, which shot down the core of his argument and why he had any reason to interfere with the ritual to begin with.

People afterwards told me that this guy was a “trickster” and that’s “just what he did”, and they tolerated that sort of behavior from him. They just shrugged their shoulders and moved on, and didn’t understand why I had a problem with that.

This is a minor example in comparison with many: child abuse, sexual assault, admitted neo-Nazis and racism, sexual harassment, and homophobia, just to name a few examples. But it’s an excellent example of how often problematic people are merely tolerated in the pagan, witch, and occult communities, and how boundaries need to be set.

A fantastic term for sexual predators who have been overlooked and allowed to remain in various communities has been the “missing stair“:

“People had gotten so used to working around this guy, to accommodating his ‘special requirements,’ that they didn’t feel like there was an urgent problem in their community. They did eventually expel him, but it was after months of it being widely shared knowledge that he was a rapist. […] I think there were some people in the community who were intentionally protecting him, but there were more who were de facto protecting him by treating him like a missing stair. Like something you’re so used to working around, you never stop to ask ‘what if we actually fixed this?’ Eventually you take it for granted that working around this guy is just a fact of life, and if he hurts someone, that’s the fault of whoever didn’t apply the workarounds correctly.”

Certainly someone getting up in the middle of a ritual to interrupt it for everyone in order to rant and basically slander a god pales in comparison to ignoring known predators, rapists, and alt-right/neo-Nazis in the community. But it’s a fantastic example of how too often people err on the side of mercy and caution at the expense to the safety of those around them.

We have to be better about policing our circles, setting boundaries, and establishing proper codes of conduct. “A proper person properly prepared” shouldn’t just be mere words, and you can’t belong to organizations which study Crowley’s words and ignore some of the most important things he has stated on the topic. Or better yet, words that are straight up out of the Neophyte initiation of the Hermetic Order of the Golden Dawn. If you are a part of an organization which proposes to help people to advance themselves spiritually, tolerating intolerance and not setting codes of proper behavior are not spiritual values.

Unbalanced mercy does and has allowed for evil, and has abetted it too. All of us collectively regardless of what tradition or religion we come from must do better. 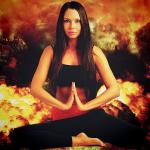 February 27, 2018
"Think Globally, Act Locally": Maintaining The Balance of Self With Community
Next Post 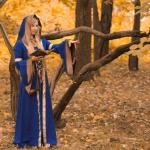