Priests, Priesthoods, and Patron Deities in the Modern Age

First of all, a quick note: when I say “priest” I am referring to all genders, not just male. It’s just easier than typing out “priest/ess”, and I’m not a fan of gendered words to begin with. Unfortunately other terms which are more gender neutral have problem of being loaded with connotations of mainstream religions such as Christianity, and a great example of that is the term “clergy”. It’d be wonderful to have better terms, but unfortunately those only exist relative to individual pagan and polytheistic traditions versus being as inclusive to all of them as possible on the whole. So for the ease of discussion, I’ll stick to the terms “priest” and “priesthood” as it applies to all genders and most pagan and polytheistic religions.

Terminology is one of our obstacles in this analysis, as what “priesthood” means to one person doesn’t mean the same thing to the other, and different pagan and polytheistic religions have different roles and definitions for what a priesthood means to them. Unlike in Christianity, pagan priesthoods don’t define rules or dictate worship; instead, they provide a service or services to their spiritual and immediate community in order to serve their particular god or gods.

This is especially the case in Hellenismos/Hellenism, best known as Greek polytheism. In ancient times we had numerous examples of priests, some of which translate very nicely into our modern day needs. You had a priest for that particular festival or ritual in which the person who was the priest simply led the ritual, and that was that. There were also cycles of rituals in which a person would serve as as priest for a particular length of time and then was replaced by another, and so forth. Then there were roles in which a person remained a priest for that particular deity for the remainder of their lives, in either a formal or informal capacity. There were priests who maintained a physical temple or a shrine, priests who served as oracles or seers, priests who led mystery rites such as Eleusis, etc. But more often than not these were shifting roles, especially the formal city-state sanctioned ones.

Filling these roles wasn’t necessarily a civil or formal sanctioned thing, either. Heads of households frequently led rituals for their families and acted as a priest in maintaining household shrines, making offerings, and so on. Marriages and other rites of passage weren’t typically conducted by formal, city-state sanctioned priests but by their families. To dive into this and related topics further I definitely recommend books such as Walter Burkert’s Greek Religion and anything from my recommended reading list.

In short, back in the day the term “priesthood” and more accurately the role itself was a lot more flexible than it is today, much in part due to how Christianity and similar religions have shaped our culture and our idea of what religion is, should be, and how it is structured. Culture shock is not uncommon to people coming in and expecting structure, laid out rules, and hierarchy and finding instead that modern revivalist and reconstructionist pagan religions don’t have those things, and that in fact these concepts are alien to the faiths in question.

Having examined a bunch of different possibilities for what priesthood entailed in ancient times using but one example of a polytheistic faith, what does that mean for us?

For starters, much of the role is an implied service to the community, whether that community is your surrounding area, your extended spiritual family and/or spiritual community, or just your family. The point of that service, however, is that you are performing it on behalf of a god or gods. Those who say it’s about serving the community and those who say it’s about serving the gods are both right. Ultimately the problems stem from defining what precisely “community” means.

The problem with many pagan groups is that many of us have no community in the sense of spiritual like minds who practice our particular faith, and what community we often have is solely online. Some of us are involved in small, local groups, but the reality is that many of us are solitaries. In that instance, does having anything to do with “priests” or “priesthood” make much sense?

I think that it does, but only in regards to certain pursuits. The notion of “patron deities”, for instance, is something which is widely in debate in regards to definition. Leaving aside the notion of having tutelary gods which fit your profession and/or hobbies, there is the notion of “I have a particular connection to this god which implies responsibility above and beyond my normal worship” which suggests to me that what some refer to as their “patron deity” is really a deity they feel called upon to serve as a priest.

And I believe what is preventing some from making that mental leap from “this god is my patron deity” to “I am this deity’s priest” is that they’re still stuck in the notion of what a “priest” is as being what it is in Christianity–which could not be more different than the role(s) they perform in pagan and polytheistic faiths. People are too concerned with the notion of titles and perception of those titles, which gets in the way. Ultimately if you fulfill the roles of that identity, you are that very thing. It is not something formally bestowed upon you by other people, nor does it need to be. You just need to do it. In short, the gods decide, not the people.

In the end, I think that the question of “Do we really need priests?” can be best answered with a far better question: “Do we have people who feel called to be a priest of a particular deity?” In the end, the need belongs with the gods and those who are particularly called to them, and they will find a way to fill that niche within their lives, their home, and whatever they feel to be their community. And I think it’s a very personal question that can only be answered by the people in question, not by those around them.

The issues that remain involve ensuring that such people are not seen as being able to dictate faith or lay down laws, or use their position as a means of having undue power or influence over people, especially those new to the tradition. These are Christian notions of priesthood, not ours. Instead what needs to happen is that it is ultimately up to them to find a way to best serve their god or gods, and that is between them and their gods. Everything else is a matter of setting up appropriate boundaries and expectations of behavior which should be universal to any pagan or polytheistic community in regards to moral and ethical standards. 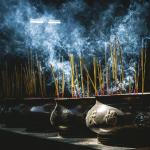 March 8, 2018
The Importance of Spiritual and Magical Hygiene in Practice
Next Post 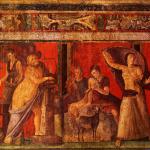 March 14, 2018 What Is Initiation? Everything You Ever Wanted To Know But Was Afraid To Ask
Recent Comments
0 | Leave a Comment
""eyes gleam"I'd take your post seriously if you didn't write out your reactions like a ..."
River Enodian Witchcraft Is Political, Which Is Why ..."
"eyes gleam. Christians dont belong in Witchcraft then. Its called the Witchtrials and disrespecting other ..."
Brianna LaPoint Witchcraft Is Political, Which Is Why ..."
"Prayer to the TrancestorsHail Phanes, Firstborn Androgyne: extend your golden wings over your trans children. ..."
B.A. Davis-Howe Honoring Trans Day of Remembrance As ..."
"This is my Prayer for Transgender Day of RemembrancePhanes-Protogonos, two-formed, show us the way.Hermes Khthonios, ..."
B.A. Davis-Howe Honoring Trans Day of Remembrance As ..."
Browse Our Archives
get the latest from
Tea Addicted Witch
Sign up for our newsletter
POPULAR AT PATHEOS Pagan
1