On Bullying In the Occult And Pagan Communities

It should go without saying that bullies are everywhere. You’ll find them in the workplace and pretty much anywhere online. Bullying has always been a thing.

So why should it be any different in the the pagan/polytheist, witch, or occult communities? And if it is different, how is it different exactly?

The forms of bullying can be more complex

In any spiritual community, there will be people whose voices will be heard more frequently than others. They might have a blog (like me), teach classes, be book authors, lead groups and/or rituals, etc. In these instances, it’s very easy for someone in such positions of power to abuse it. Or worse yet, desire power enough to abuse people for it. Obviously when religion is involved, the bullying can be even messier than under normal circumstances, especially when the power dynamic is unequal.

In the workplace, there are bosses who bully their employees. I’ve been a victim of such bullying in the past. Again, this is an unfortunately common and toxic dynamic involving people engaging in abuses of power. When religion gets involved, this is how cults, cult leadership, and cults of personality can form. And like in a professional environment, it can also get very personal.

Our communities don’t have outlets for handling bullying, and it’s a real problem

Some groups will have codes of conduct. In them there is often a step by step process for handling personal issues within a group. Of course that’s if you’re in a formal group to begin with. Online, the notion of groups and belonging gets murky, complex, and has no real definition beyond things such as “Facebook groups”.

A lot of people come to these social media outlets already feeling isolated due to a lack of local community, and of course none of this helps. And of course they are looking to take advantage of that situation and of you.

When I google bullying in spiritual groups online, all of the essays and blog posts address it from a Christian standpoint. There are countless articles but solely from a Christian perspective. Googling bullying in pagan groups, I see only a few blog posts. There is one in particular that delves into the types of bullying that can exist, including intimidation, coercion, verbal and physical abuse, and isolation. Our groups have varying power structures and also potentially involve other spiritual dimensions, such as the use of magic in order to maintain power and bully others.

When magic is also involved, it’s not pretty

In spiritual groups people can be threatened with the notion of being cut off from contact with their community, their means of learning and growth, and the outlet for their particular spiritual path. But when magic and witchcraft get involved, there’s a whole other power dynamic present that makes things even more uncomfortable. I’ve personally known of a number of witches and magicians who have abused magic in order to control other people and then send hexes or curses their way when they have difficulties controlling them.

I’d like to say that these sorts of practices are uncommon but unfortunately they are not. Some even brag about hexing or cursing people online and use it as further means of intimidation.

I can’t say that there aren’t people out there with the very real ability to do magical harm, and I highly recommend learning how to protect yourself against such things.

New Age bullying continues to be a very real thing

This is a very specific form of bullying typically seen in a lot of spiritual as well as occult communities. Unlike traditional forms of bullying that surround themselves with negativity, New Age bullying relies on sugar coating their bullying with superficial sweetness and light. Toxic positivity and victim blaming is a real concern.

Bad thing happen to good people all of the time. It has nothing to do with some twisted Western misconception of “karma”, what they “attracted”, their mindset, or anything like that. COVID-19 isn’t a spiritual disease; it’s what happens when human beings let their selfishness overrule their judgment. Societies that encourage toxic individualism in lieu of taking care of their own will collapse.

It’s a similar deal with our own communities. We must support each other, or our communities will collapse.

How do you handle bullying in the pagan/polytheist and occult communities, then?

There have been many articles on how to deal with bullies in a practical sense, whether they are online or in your workplace.

But first, what do bullies look for in their victims?

Typically bullies bully because they think they can get away with it. The idea is that they want to feel strong and to make you feel weak. It’s a power dynamic, typically done by people who feel that their own sense of identity and power is threatened. Bosses will do this in order to maintain power over people they feel they can’t control otherwise, and it tends to be a similar deal in pagan, polytheist, and occult environments as well.

Those who see themselves in a position of power that they have to fight for, will fight for it. And they see you as a threat to their position of power. You have power over them in some way, and they are trying to compensate for it.

Of course, knowing this is a small consolation to people who have had to deal with bullying. Obviously.

Some groups will enable bullies naturally and be a haven for cultists and as a cult. What to look for in a group also includes what to avoid in a group and how to tell if a group is unhealthy. One that supports and enables such people is one to be avoided because it’s often how cults start. Also, groups that are cults will use bullies and bullying to keep people in line. 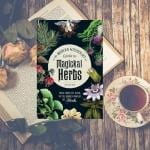 July 12, 2020 What Is Shadow Work And Why Is It Crucial To Spiritual Practice?
Recent Comments
0 | Leave a Comment
Browse Our Archives
Related posts from Tea Addicted Witch