When Should We Speak Ill Of The Dead?

When should we speak ill of the dead? Specifically when problematic and abusive people die, when should we say negative things about them?

My answer: always and often the truth should be spoken of, for death does not grant sainthood.

Be warned, dear readers. I’ve got some difficult topics to discuss. But I promise to do so as fairly and compassionately as possible.

First of all, addressing the elephant in the room

I’m a first degree initiate in the Blue Star tradition and a member of Sapphire Coven and Grove. We recently had someone who had a major impact on our tradition die from cancer after being incarcerated for child pornography. His death made Wild Hunt recently.

I will honestly not be mourning the death of an abuser and a pedophile. I will speak ill of the dead here, and gladly. But I will be sad on behalf of those who were groomed, abused, and/or affected by him for better and for worse. There are some understandably complicated feelings to process, especially for those who are still coming to terms with the reality of who he was versus what they originally thought.

While my own coven has released a statement (along with others) I also wanted to take the time to address the issues raised by his passing.

Please bear in mind that I am not speaking on behalf of Blue Star (or strictly just about Blue Star as what I’m about to address is universal) but am merely presenting my own thoughts on a very sensitive subject.

Taking the good with the bad

Part of the challenge in dealing with problematic people is figuring out how to appreciate things which were positive that came about as a result of them while coming to terms with the harm that they also caused.

This is not an easy task, but it is a necessary one. Blue Star as a tradition is wonderful, and Klein played a huge role in its growth. We must continue to teach the history but be brutally honest on our past. It’s a small consolation to know that we’re not the only tradition or group out there with problematic and even abusive people who had a significant impact on it. This is sadly very common. Predators are everywhere and rape culture is a thing.

Unfortunately in addition to the rape culture issue, secrecy in initiatory traditions can be misused and abused, and predators can potentially thrive in situations where closed relationships between teachers and students exist. This is why it’s crucial to have as much openness and transparency within a group as possible in addition to standards of conduct in order to prevent such abuse.

I wrote before on how to handle problematic things and people, especially those who have inspired and/or impacted us greatly. This is definitely one of those situations.

Your feelings are valid, but you still need to own your actions regarding them

Right now there are people who are retraumatized by the news of Klein’s recent death. Old wounds have resurfaced. Not just for his victims, but those who mourn the person whom they thought he was. In many respects those people are victims too of a different sort. It’s hard to try and reconcile the reality of someone who had such a positive impact in your life and yet could’ve also been this horrible person at the same time. I don’t envy anyone having to try and sort through all of this. It’s human, it’s messy, it’s complicated, and it’s massively screwed up. There are a lot of feelings to work through. I can’t say that I don’t share some of them because I do.

These feelings are valid and no one should feel bad or guilty about them. This is complicated. Human emotions are complicated. This is a good time to do some necessary shadow work in order to sort them out and heal. All of this is intense shadow work, and I’m so sorry for everyone having to deal with all of these issues when we already have so much else going on in the world that is also traumatizing.

This is all part of the work. You have to act on your feelings, yes, but to do so responsibly and without unnecessarily lashing out or causing harm. Or worse yet, doing nothing and letting everything fester.

You all have my support and love during this difficult and challenging time. If anyone needs to vent to me privately you have my ear and my discretion. I promise that I will sit and listen to you without judgment in perfect love and perfect trust.

Denial is not a river in Egypt

However, we can’t sweep this under the rug or pretend that it doesn’t exist and never happened. This is an excellent time when one must speak ill of the dead, because it is true. We can’t pretend that Klein was not 100% guilty of what he was convicted of, nor can we lie to ourselves about the harm that was caused by him.

What we can do is move forward and establish our own boundaries on what is and is not acceptable, and foster a community where abuse is not tolerated. And that it does not matter who and what a person is, it will never excuse such behavior and actions.

There are a few people right now who are cycling between the denial and anger stages of grief, but aren’t moving forward. They may also be saying some very questionable things. I am sad for their pain, but they do not speak for the rest of us. At some point people need to figure out all of these uncomfortable and conflicting feelings in regards to a very uncomfortable and conflicting situation. But part of that is accepting what actually happened versus denying it or wishing it away.

We need to accept reality and move forward.

Handling the passing on of history and historical events

It’s important to teach where we came from, even if we decide later to change something based on new information. It’s also essential to be honest.

Honesty is a bright and shiny light that abusers cannot hide in. It also helps to demonstrate growth in the tellings of it: “This is what we used to be, and this is what are now.” If we cannot learn and grow from our past, we cannot hope to teach those in our tradition–or in any other–how to do so either.

Owning your past is crucial in moving forward. Not just in cases of bad behavior and individuals, but also in thoughts and ideas. Some excellent examples include moving on from outdated notions of gender polarity and how it’s expressed. These things can be both heteronormative and in denial of the complexity of gender and sexuality. Blue Star like many initiatory Wiccan traditions originally came from such things, but many of us are moving away from it while still teaching heterosexual gender polarity and even providing space for it for those who still want it. Other traditions are too.

And if you let a part of your tradition die because it was bad, talk about it too. Let’s be free to speak ill of the dead, not just in terms of people but past practices and ideas. It’s better than saying nothing at all, because then we will learn nothing and likely repeat past history.

This likely isn’t the first time someone disappointed you, nor will it be your last

Unfortunately we live in a culture where abusers are everywhere, and our own tradition is certainly no exception to that. What is important now is to learn from the past, integrate what we can in the present, and figure out how to handle the future.

If we’re to ever come out the other side, it will be by figuring out how to handle boundaries, standards of conduct, how to handle situations where abuse is possible, and also teach where we previously failed to do that. We’ve all put our faith and trust in people who didn’t deserve it, and that’s because we’re human. All of us have failed at some point in determining who we can trust.

We will likely fail again.

The questions we must ask ourselves now are the following:

July 12, 2020
What Is Shadow Work And Why Is It Crucial To Spiritual Practice?
Next Post 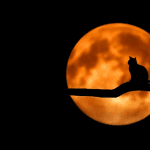 July 20, 2020 On Hexing The Moon, TikTok, And The Need For Discernment In Our Craft
Recent Comments
0 | Leave a Comment
"Hmmm... Magic workings for this time of year? Thanksgiving rites, thanking the Earth and the ..."
Kyllein MacKellerann Magic During Samhain: What Types Of ..."
"With respect, age has nothing to do with energy. There are 20 year olds who ..."
Shantel Collins On Segregation In Pagan & Occult ..."
"I've long said that the best thing about Paganism is that it's individual, smiths work ..."
Virginia Fair Richards-Taylor Why I Absolutely Loathe And Despise ..."
"As a female Wiccan of +50 years I was surprised that there was a comment ..."
Fae Sidhe On Segregation In Pagan & Occult ..."
Browse Our Archives
Related posts from Tea Addicted Witch