On Hexing The Moon, TikTok, And The Need For Discernment In Our Craft

Before I dive in, two things I want to make absolutely clear so people know where I’m at beforehand:

First of all, what is TikTok?

For those of you just tuning in, TikTok is a video-based social media platform for numerous topics and interests. Think of it like Instagram meets Tumblr but with videos that you can create yourself, add images, sounds, and effects to, etc. It’s blessed us with the meme in 3D form, for which I may be forever grateful. There are just some things that even an animated gif can’t express.

Groups and communities are organized based off of algorithms and hashtags. The ones I hang in tend to be mostly witcktok, pagantok, cottagecore/witch aesthetic, LGBTQIA+, and anything involving cute cat and kitten videos. I’m literally living in a dystopian nightmare and need my daily dose of serotonin any way I can get it. The average age group on there leans towards the younger generations, mostly Gen Z but also Millennials like myself. You’ll run into Gen Xers and Boomers on there too but they are for the most part outnumbered.

It also makes the orange menace in the White House very angry, therefore I love it to bits.

The hexing backstory for the confused and/or unaware

The witch community on TikTok (usually abbreviated as witchtok) found out that someone on a TikTok live claimed their coven planned on “hexing the fae”. The reasoning was because they were “evil”. This later escalated to comments later that they were going to also hex the moon and the sun. Later came the underworld, the deities connected to all of these things, and threats that they were going to “kill all of the fae”.

This led to a great deal of freakout, people worrying that deities were harmed, hurt, or offended, particularly Apollo and Artemis. This is likely due to the assumed connection between them and the sun and moon. Therefore by hexing the moon and/or the sun you were somehow targeting them.

Since then a 30 year old married man on Twitter who claims to be a demigod is now also claiming that he’s a part of this “moon hexing”. I’m sure this sentence makes as much sense as everything else I just said. However I’m pointing it out as pinning this strictly on “12 year olds on TikTok” is extremely inaccurate. Grown adults are partaking of this.

At this point people are just capitalizing on whatever is going on for the sake of attention. It doesn’t help that rumors are spreading about people dying as a result of the hexing, etc.

You cannot hex a deity, daimon, or celestial body. There is literally not a single witch who is powerful enough to do any sort of damage to any of these things. If any god at all is “offended” it’s likely to be at the hubris that you either think you can, or claim that you can.

The gods are likely not caring at all about this. I personally think that they have larger concerns. Even if they were angry (which is totally possible due to the hubris of it all) I don’t think they’re going to start striking people down and punishing them based on the actions of a few immature attention seekers. Trust me, human beings commit far more offensive and atrocious acts on a regular basis than supposedly hexing a moon. Several of those are going on right now as I type.

Is there anything about any of this to worry about? Honestly, no. If I were to pick out a thing to maybe be concerned with, it’d possibly be with the fact that they’re running around threatening fae. This sounds like a genuinely dangerous and ridiculous thing to do. Don’t get me wrong, I’m sure some of the fae are amused. But even if so, their amusement would not necessarily mean that any sort of action they may choose to take wouldn’t be a negative one.

The only genuine problem I have with all of this on the big picture level is the very obvious emotional manipulation of people who are new to the craft, Hellenic polytheism/paganism, and topaganism in general. If there’s anything at all to address in that it’s the misconceptions that are helping to make them vulnerable to this manipulation.

And the problem isn’t just about understanding, it’s about discernment.

And it’s not just witchcraft either, it’s the pagan/polytheistic communities in general:

What to do about all of this hexing talk if you are part of witcktok?

First of all: fellow witchtokers, I love you. I wish this community existed when I was in my early teens. It would’ve saved me from a lot of hardship and given me a much needed peer-based social outlet. In my early to mid teens most of the outlets online consisted of much older adults. They didn’t know what to do with or say to a teenager wanting to learn more about the craft or paganism. And some of them were predators who provided VERY problematic guidance at best but that’s a whole other blog post waiting to happen.

My advice to you all: please note that the timing of all of this is deeply suspect. A lot of us have been putting out spellwork to help with Black Lives Matter and the protests, COVID-19, and in handling the current GOP administration in the USA. This includes involvement in more practical affairs. Some of those affairs made the news, as some of you may know. And they made certain individuals VERY afraid of this platform to the point where the current administration is considering banning it. In short, all of this moon hexing stuff is a total distraction from more pressing concerns.

And if there’s anyone out there actually hexing the fae…gods help them. But sad to say there’s nothing you personally can do to help. You’re best staying as far away from that mess as possible. 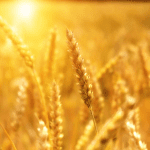 July 27, 2020 Beyond Bread Baking: How To Cope With Lammas During COVID
Recent Comments
0 | Leave a Comment
Browse Our Archives
Related posts from Tea Addicted Witch