Divination In Magical And Spiritual Practice

Divination is the art of seeking knowledge of the future or insight into a particular set of circumstances that would be otherwise unknown to the querent. There are people who would say that divination is a form of magic. I would both agree and disagree. Magic is an active discipline, and divination goes more into the realm of prayer, psychic abilities, and receptivity. It is true that how much this bleeds into one territory or another however depends on the type of divination and the tradition in which it’s being practiced. Given how widespread divinatory practices are within mystical traditions, I’ve found that divination is best described as a theurgical practice or pertaining directly to theurgy. However, I do not feel that belief in any particular divinity is required in order to either perform or learn how to perform divinations.

In ancient times divination was a key practice to a lot of different religions including Greek. Much of its practice today includes techniques based on ancient ideas such as runes, geomancy, the Limyran Greek Alphabet oracle, etc. We also have more modern forms of divination including tarot and other divinatory card decks. I typically recommend using a system that works best with you and learning different ones for the sake of comparison. I’ve been using tarot since I was a child, but some people prefer runes and similar systems instead.

These practices are all useful not just as a potential magical discipline but also as a means of communicating and receiving messages from the gods. There are a number of occasions where one would want to consult a particular divinatory system:

Sometimes divinations are needed by people who either lack of the skill or knowledge to perform it. In this instance people can seek out those who specialize in divination, and based on the nature of the inquiry will contact one diviner over another. Some diviners are actively involved in the person’s faith, especially those who are priests or seers within that tradition. Others may be less inclined to go with a particular spiritual tradition and may just want to seek someone out who is psychic and perhaps spiritual, but not necessarily inclined to focus on any particular religious path.

While many people who perform divinations for others are often doing them on behalf of a particular deity or daimon, not everyone is spiritual who does divination–nor do you have to be! I myself perform divinations both on behalf of and in honor of my main patron deity, who is Apollo. Apollo is associated with oracles, seers, divination, and visions–among many other things–and is overall a pretty appropriate deity for someone like me.

Many esoteric schools and orders teach various divination methods, the Hermetic Order of the Golden Dawn being one such example. Being able to accurately divine the outcome of a spell or a magical working before performing it can lead to great insights and avoid great headaches. I highly recommend that any serious occultist learns at least one art of divination that resonates with them in order to get a better handle on their practice and also to receive useful input when they need it.

To learn more about divination in regards to Greek religion, I highly recommend you check out my recommended reading list on my site. There are a number of useful books on the subject including those written by modern day practitioners. 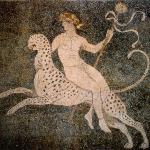 March 30, 2018
More Than A Party God: Dionysos, God Of Magic And The Mysteries
Next Post 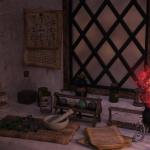