More Than A Party God: Dionysos, God Of Magic And The Mysteries

More Than A Party God: Dionysos, God Of Magic And The Mysteries March 30, 2018 River Enodian

Every time I hear of people blithely describing Dionysos as what amounts to little more than a “party god”, my immediate internal reaction (and sometimes out loud I must admit) is “I don’t think Pentheus would agree. After all, he misjudged the god as being little more than that at best and he lost his head over it.”

It amazes me how little even Hellenists have read or bothered to learn about this particular god beyond son of Zeus and Semele, a mortal woman, wine and grapevines are sacred to him, etc. It’s not like not much is known; if you’ve bothered to crack open any of the ancient writings and plays including Euripedes’ The Bacchae–as referenced in the above paragraph–I honestly can’t imagine how people would be confused by the god.

I blame much of it on modern day thinking. There’s a lack of that closeness to life and death that existed in ancient times, which for then was a much shorter, harsher life than many of us have now. A good portion of us don’t understand the desperate need to celebrate joy in the mere existence of being as something which is innately divine, let alone could comprehend why that would be in a god of life,  death, and rebirth’s repetoire.

Dionysos is a god of life, death, and rebirth. He has been referenced to as twice and sometimes thrice born due to initially being in his mother Semele’s womb, who died when she requested to see the true form of Zeus and it burned her alive. Zeus managed to rescue Dionysos in the ashes and stitched him into his thigh where he was born from there. In another tale, he was also the son of Persephone who was dismembered by the Titans, THEN given to Semele in the form of a potion to drink who then died, etc. As a result, Dionysos’ beginnings before he was even born were fairly complicated.

The god himself is also fairly complicated. He’s associated with dance, the theatre, altered states of consciousness, intoxication, nature, fertility, initiation into the mysteries, mysticism, and magic. Those last two I suspect are what either throws some people off or is off of some people’s radar entirely. He is a god of many epithets: Bacchus, ivy-bearing, two-natured, horned, Liberator, Savior, and joy-giving.

He is also known as “Thaumatourgos”, where we get the word “thaumaturgy” from. The word means “wonder-working” and is frequently used today to reference a particular branch of magic. He can readily be understood today in the modern world as a witches’ god. Some may even believe he is the witches’ god but that as always is open to belief and interpretation.

Another epithet of his is “Teletarchos” or initiator, Lord of initiation, and especially as founder of the Mysteries. His mysteries were fairly well known in ancient Greece; Plutarch, a priest at Delphi was an initiate and referenced them in his writings. Plato also once said “Many who bear the thyrsos (sacred staff of Dionysos) but few are the mystai (initiates)”, a sentiment which can readily be understood today. It’s one thing to wave around sacred or occult implements and books, but it’s quite another to actually have been initiated into any mystery tradition.

Dionysos is all of these things. He is the joy of living, and the deathly earnestness of those who would seek the secrets of the universe in order to wield sacred knowledge and partake of the Craft. He is the beauty and wonder of the world, and its experience of that. All acts of awe and wonder are his rituals, and even in the intoxication that he gives in the form of his gifts, either in wine or in ecstatic trance, one must be careful not to abuse them.

A few fantastic resources on the god:

http://temenostheon.com/recommended-reading-list/ – Scroll down to a link of books on Dionysos 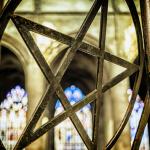 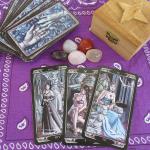 April 3, 2018 Divination In Magical And Spiritual Practice
Recent Comments
1 Comment | Leave a Comment
Browse Our Archives
get the latest updates from
Tea Addicted Witch
and the Patheos
Pagan
Channel
POPULAR AT PATHEOS Pagan
1

The 20 Best Books On The...
For Puck’s Sake
Related posts from Tea Addicted Witch

The Corner Crone: Tarot by the Moon -...
"Tarot by the Moon" is designed to help bridge a stronger connection...
view all Pagan blogs
What Are Your Thoughts?leave a comment

One response to “More Than A Party God: Dionysos, God Of Magic And The Mysteries”