A Tale of Two Pharaohs: On Horse Racing and Transformed Hearts

In a historic performance at the Belmont Stakes last Saturday, the race horse American Pharoah won the Triple Crown. It was the first Triple Crown victory in 37 years, the longest drought in horse racing history.

I’m not a fan of horse racing. In fact, I didn’t even know the Belmont Stakes took place on Saturday. But I saw headlines of the victory in my Facebook newsfeed and was drawn to the name, American Pharoah.

I was drawn to American Pharoah because the name reminded me of the Egyptian Pharaoh of the Exodus story.* (I know. I’m a nerd.) Their names are spelled differently (again, nerd), but after doing a little research on American Pharoah, I discovered that they provide radical alternative examples of being in the world that go much deeper than the spelling of their names. (Yup. I’m still a nerd.)

You probably know the biblical story of the Egyptian Pharaoh. He lived in fear of losing political power to the Israelites. Pharaoh said to the Egyptians, “Look, the Israelite people are more numerous and more powerful than we. Come, let us deal shrewdly with them, or they will increase and, in the event of war, join our enemies and fight against us and escape from the land.” Exodus continues, “Therefore they set taskmasters over them to oppress them with forced labor…The Egyptians became ruthless in imposing tasks on the Israelites, and made their lives bitter with hard service in mortar and brick and in every kind of field labor.”

The Egyptian Pharaoh’ heart was hardened because he lived in fear of the Israelites, who had no plans for political rebellion. And yet, the Exodus story is about politics. Pharaoh’s heart was hardened against the Israelites, and that hardness of heart led to his political downfall. The political message of Exodus is clear – God hears the cry of every oppressed minority and works for their freedom. Of course, the Exodus story is about the ancient Egyptian Empire, but it’s also about every nation. The message is clear: any nation that lives in fear of a minority group and oppresses them will not stand. That nation will need to repent and change its ways, or it will fall like the Egyptian Empire of the Exodus.

But what does this have to do a horse named American Pharoah? After winning the Triple Crown, American Pharoah’s jockey, Victor Espinoza, showed that he doesn’t live in fear of losing his power. And, as opposed to the Egyptian Pharaoh, he showed he has a soft heart for those who are suffering.

Espinoza reportedly earned $80,000 for his victory at the Belmont Stakes and he’s giving it all away. “I won the Triple Crown right now,” he stated, “but I don’t make any money because I’m donating all the money to the City of Hope.” The City of Hope is a cancer research and treatment center. Espinoza also donates his time at the City of Hope, visiting with children struck by cancer. He says, “The kids [are] 6 years old, 10 years old, it’s just heartbreaking.” Why does he do it? “I just saw one kid with the disease and that’s how I changed my life. I changed the way I think. Pretty much I changed everything…the first change I made was in my heart.”

There you see the radical difference between the Egyptian Pharaoh and the American Pharoah. When the Egyptian Pharaoh saw suffering in the world, his heart was hardened as he added to the suffering of the Israelites. In the end, his fear of losing political power caused him to lose everything. But when Espinoza saw suffering, his heart was broken only to become much bigger. He doesn’t live in fear of losing anything. Rather, he lives in a spirit of love and compassion for those who suffer. Because of that generous love, he gives his money and time away. And in giving those things away, he gains a bigger, joyful, and compassionate heart.

The Egyptian Pharaoh and the American Pharoah provide us with two distinct alternatives for living in the world. This tale of two pharaohs leaves us with two glaring questions: Will we, as a nation and as individuals, live like the Egyptian Pharaoh by adding more suffering and oppression in the world as we harden our hearts by living in fear of others? Or will we live like the American Pharoah by softening our hearts as we attempt to alleviate suffering in the world by embracing others through love and compassion?

*Some readers may think contrasting the Egyptian Pharaoh of the Exodus with the jockey of a modern racehorse is silly. That’s okay. May their hearts be softened. 😉

June 16, 2015 Rachel Dolezal, Matt Lauer, and the African American Experience
Recent Comments
0 | Leave a Comment
"I'll politely disagree with you. It is not a fad but it is a label ..."
Patty Milazzo Toxic Christianity: 3 Things We Can ..."
"The head of state when and where Jesus lived was the Roman Emperor, and governance ..."
Michel Reflections on Indigenous Wisdom For Healing ..."
"The 2 most important book i have read on these issues is Andy Crouch's "Playing ..."
Patty Milazzo Toxic Christianity: 3 Things We Can ..."
"The toxins identified in this blog are self-righteousness in action. I welcome the call for ..."
Rod Bristol Toxic Christianity: 3 Things We Can ..."
Browse Our Archives
get the latest from
Teaching Nonviolent Atonement
Sign up for our newsletter
POPULAR AT PATHEOS Progressive Christian
1 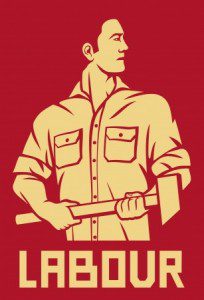 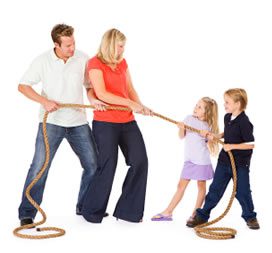