Deliver Us from Evil: Orlando and American Self-Reflection 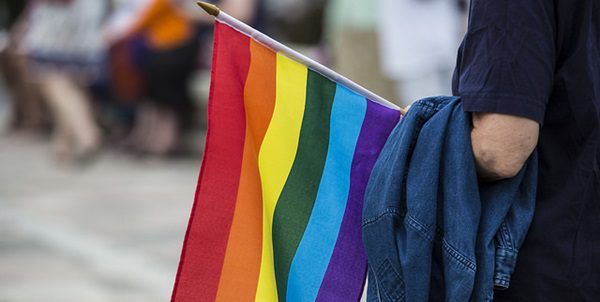 I went to church on Sunday, hoping to be consoled after the deadliest mass shooting in American history. But church did not console me. It challenged me.

She was a first time visitor to our church and she wore a rainbow tie – which isn’t entirely unusual for a member of the United Church of Christ. Our denomination took a stand long ago that we would be open and affirming – standing in solidarity with our LGBTQIA sisters and brothers. I thank God for that stance, especially in the wake the shooting at the gay nightclub in Orlando.

And so I went to church expecting to be consoled. Wanting a sense of comfort and community in the face of terrorism.

During the prayers of the people, our visitor raised her hand. She affirmed the previous prayer that was for those who were killed, their families and friends, for the LGBTQIA community, and then this woman, this visitor to our church, who proudly wore her rainbow tie, prayed the unthinkable. “And let’s pray for the shooter. He was tormented, full of hate, and he needs forgiveness.”

Part of me wanted to scream, right there in the middle of the worship service, “How dare you speak of forgiveness!” I mean, tormented? Full of hate? Needs forgiveness? Sure, all of that is true. But damn it. I’m angry. I’m angry that there’s another mass shooting. Angry that despite the fact “that 92 percent of Americans – including 87 percent of Republicans – favor background checks for all gun buyers” Congress lacks the political guts to do anything about our gun epidemic. Angry that Americans are blaming Islam, ISIS, the NRA, mental illness, even the LGBTQIA community victimized by this act of terror. Angry that it’s freakin’ 2016 and my LGBTQIA friends still have to live in fear of violence.

But I didn’t need to be consoled. I needed to be challenged. Because we have options in how to respond to terrorist attacks. We can do more of the same – we can channel our anger and hatred onto others, which seems to be our default response. Or, we can forgive.

How is forgiveness possible? A visitor happened to show up to my church. She so clearly stood with the LGBTQIA community. But she showed that standing with does not mean that we have to stand against.

That is the challenge of the Gospel.

But yesterday I heard a different response than the challenge of the Gospel. Donald Trump didn’t encourage Christian forgiveness; rather, he said that shooter was “sick with hate.”

Hate is contagious. It spreads. We respond to hatred with hatred, which leads to physical, emotional, and spiritual violence.

Hate is contagious that is, until someone has the courage to stop it. And that’s exactly what the visitor at my church did.

Hatred infects us all. The more we deny the hatred within ourselves, the more we project it onto others. When we accuse others of being full of hate, the implicit message is that we are not; that we are innocent of hatred. And that’s the problem. The ancient Christian spiritual practice of confession is to acknowledge the darkness, hatred, and violence within ourselves, so that we don’t project them onto others.

It’s in the self-reflective act of confession where we are able to receive God’s forgiveness and offer it to others – including Donald Trump and (as hard as this is to write) including Omar Mateen, the shooter. In forgiving them, we find ourselves forgiven, too. Jesus said that we should pray to be delivered from the evil within ourselves and the world. Forgiveness is an essential aspect of that deliverance.

When will Christians discover the truth that our fight isn’t with flesh and blood, but with the ideology of hatred? When will we follow Jesus in loving our enemies and praying for those who persecute us? When will we live by the spirit of forgiveness that the visitor at my church prayed for?

Part of me recoils at the thought of forgiveness, but another part of me knows its truth. As René Girard stated in his book The Scapegoat, “The time has come for us to forgive one another. If we wait any longer there will not be time enough.”

If you don't know who the...
slacktivist
Related posts from Teaching Nonviolent Atonement