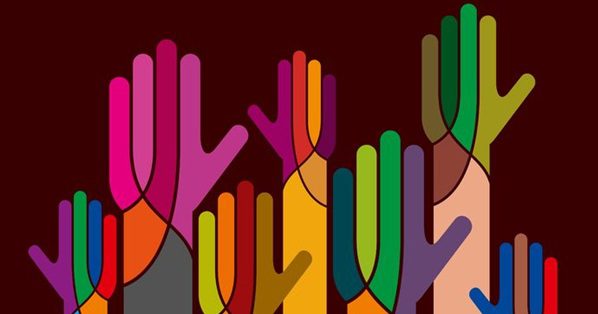 In this sermon, Tom discusses Paul’s conversion from a religion of law that divides people into “us and the” into a faith that only sees “us.” Paul died to this form of religion. Tom asserts that “Rome and its law is dead, religion that excludes is dead, ethnic identity as over- against is dead. But Paul is alive and full of Christ who lives in him.”

I want to apologize to our liturgist today for forcing him to read a passage I suspect he did not understand.  In fact, no one has understood it for sure and it’s a source of continuing debate.  For many years interpreters thought Luther had it right when he said our faith in Jesus made us right with God unlike the Jews who thought keeping all the religious rules did it.  Luther’s insight quickly got twisted into our faith as the actor rather than the faith of Jesus being what does it.  We humans don’t like being radically dependent on God’s mercy alone and find ways to escape that dependence. This distorted view also lent itself to seeing the gospel as a battle between Judaism and Christianity since our faith was the primary player rather than the faith of Jesus, who was a Jew. This is certainly how I had always thought of it.  With this view I didn’t know how to relate to Jewish people other than to secretly think they should become Christian.

Two weeks ago, as we entered Paul’s letter to the people of Galatia, I began looking at Paul’s letter through the eyes of J. Louis Martyn who framed the issues differently.  He saw it as a struggle between gospel and religion where gospel reveals all as children of God while religion divides and asks us to form an identity over-against someone we exclude.  To the extent that Christianity divides the world it ceases to be the good news of God’s love for all.

Last week a new voice was added to the mix.  One of Martyn’s students was Brigitte Kahl, who grew up in East Germany, and intuited that if Paul was addressing all religions, as her teacher said, then he would be addressing the Cult of Caesar, the most powerful religion in the world at the time.

The Romans divided the world between the “civilized” us and our subjects who were required to worship Caesar and the nations beyond our borders who had not yet experienced Roman “peace.”  The Cult of Caesar willed that the whole world be united under the power of Rome.  When word of victory over “uncivilized” tribes came it was announced as “the good news” and praise was given Caesar. Religion, propaganda, and art all pointed toward Rome who, having brought peace through the sword, expected the conquered world to serve and finance Rome.

Kahl believes we have not taken the crushing power of Rome seriously enough in our interpretation of the Galatian letter.  She also believes that Paul would have wanted to protect his Galatian people from direct exposure to Roman wrath and so would have written his letter in code so that people would understand he meant all religions, including the Cult of Caesar, without tipping Rome off to what he was doing.  Knowing this, she said, should help us understand some of the passages that have been so difficult.

It strikes me that a woman who grew up in a police state and personally knows the impact that has on all communication is perfectly positioned to ferret out the hidden meaning behind Paul’s words.  Her work is important because we too live in times of empire; perhaps dueling empires, if we think about China, India and radical Islamic movements around the world.  How do we develop a way of living that maintains freedom when empires of all sorts want to pull us into their battles?

So with this new information let’s jump into today’s Galatians passage.  When Paul in writing his letter mysteriously said we are born Jews even though he is writing to Galatians who were Gentiles and then adds “we’re not Gentile sinners”, was he saying in code that as people also defeated by Rome, we know how the world works?  For the Jews, Rome was the epitome of Gentile sinners, idolatrous bullies who divided the nations any way they could so as to gain an advantage.  Was Paul counting on the Galatian people to understand the double meaning of his words?

The Jews who believed in the One God who brought justice and mercy saw through the hypocrisy of Rome.  They saw the propaganda carved into stone that featured the victorious Roman soldier standing over the defeated and dying enemy, who often enough was one of them, for what it was.  The Jews saw what Rome couldn’t see because Rome looked down from above while the defeated people looked up from below.  The defeated people saw what was really happening.

People on the bottom know that the people standing over them aren’t made righteous by works of the Law.  The law usually justifies those with power and often shows little mercy to those without it. The defeated know this.  A contemporary example of this is the new Jim Crow laws built into our justice system that create a new second class in America known as “felons”.  While this may be the most egregious example in our culture we could add other groups who have been systematically edged out, such as American Indians, Latinos, women; to name a few.

We have always assumed “works of the Law” referred to Jewish religious practice alone but Rome was the real law-giver in the world and those who worked for Rome were doing the works of the Law. But you wouldn’t want to say that out loud. Who killed Jesus?  The Romans did, in cooperation with local Jewish authorities.  Both Roman and Jewish law attempted to bring what they saw as righteousness through violence, exclusion and death.  Their goal was to purge the world of evil as they saw it when evil was in themselves and in their method of bringing “peace”.  Jews along with all other defeated peoples know this, Paul argues.

And the faithfulness of Jesus Christ that Paul says is the alternative to law, what is that?  Notice I didn’t say faith in Jesus but rather the faith of Jesus.  The faith of Jesus is his allowing Roman and Jewish Law to judge, condemn and execute him as a criminal, though he is the Son of God, in obedience to his father and as an expression of their love for us.  Jesus did this to show us how the law works to condemn, knowing this was the only way to expose what we humans could not see.  Talk about faithfulness; Jesus goes to his death, forgiving us on the way, out of faithfulness to God and love for us all.  In this way his faithfulness seen on the cross makes us right with God.

Paul saw this on the Road to Damascus when he had an apocalyptic in-breaking of truth that turned his violent and law-working world upside down.

Paul says those of us who believe in Christ Jesus were made right with God when we allowed Jesus to show us that we humans were the problem and yet forgiven.  The faithfulness of Jesus in going to the cross revealed how we used the law to divide and destroy each other even though God does not wish it.

Before Paul’s apocalyptic visit from Jesus he lived by the works of the Law.  He administered the law and his identity was tied up in it.  He was a Jew who divided the world between true Jews and false ones and his job was to protect the purity of that division.  Had he been a Roman official his identity would be tied up with Rome and he would have assigned himself the task of bringing “civilization” to “uncivilized” tribes Rome was in the process of taming.  The law, whether Roman or Jewish, divides and produces those who are “in” and those who are “out”. But Paul says he has died to the law. He no longer is available for it to do its work of dividing and condemning because he is dead.  The dead Paul has had his life given back to him by Christ who now is the locus of power within him.  Now Paul sees that identity based on exclusion separates us from each other and is the opposite of God’s will no matter what Rome says.

How does Paul account for this change?  When Jesus died on the cross at the hands of the Law, Paul died with him.  Paul’s death with Jesus cut him loose from slavery to the Law.  His identity no longer resided in being Jewish or Roman, male or female, slave or free.  None of this mattered.  The crucifixion of Christ had revealed the whole division-thing as false.

So who is he now?  He is Christ’s.  He has been made alive in Christ. His identity is as a Jesus follower and that’s his primary identity. Rome and its law is dead, religion that excludes is dead, ethnic identity as over- against is dead. But Paul is alive and full of Christ who lives in him.  Christ is the organizing center of Paul’s new world and this transforms Paul, making him a new human, able to live in a new way.

Why do I preach this now?  Our country is rife with division.  We are tearing ourselves apart.  To be a Jesus follower is to be dead to all that tears and made alive to reconciliation, forgiveness and peace.  I pray we will more and more be Jesus followers.  Amen.

P.S As it turned out I preached this on the morning we learned of the massacre in the gay nightclub in Orlando in which fifty people died. The shooter claimed he was Muslim.

June 14, 2016
Deliver Us from Evil: Orlando and American Self-Reflection
Next Post