Let Me Introduce You To “Radical Islam”

Let Me Introduce You To “Radical Islam” June 16, 2016 Adam Ericksen 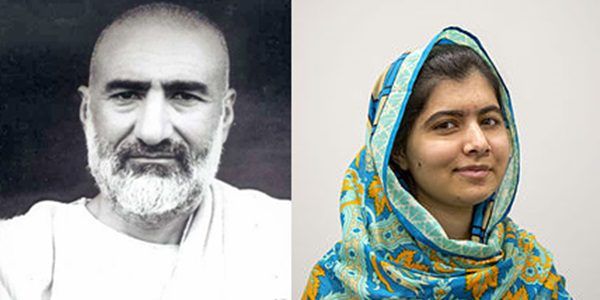 Let me introduce you to “Radical Islam.”

Abdul Ghaffar Khan lived in India under the British Empire. He stood up for independence by creating a 100,000 person nonviolent army. They resisted occupation with nonviolent methods. Why? Because Abdul Ghaffar Khan knew deep down in his Muslim bones that his enemies deserved to be loved, not killed. That’s Radical. That’s Islam.

Malala Yousafzai. Good lord, people. She is radical Islam. She was shot in the face and how did she respond? “I do not even hate the Talib who shot me. Even if there is a gun in my hand and he stands in front of me, I would not shoot him. This is the compassion that I’ve learned from Muhammad the Prophet of Mercy, Jesus Christ, and Lord Buddha.” That’s radical. That’s Islam.

We need to redefine “Radical Islam.” It is mercy and love and compassion for all people, even for those we call our enemies.

Anything else isn’t radical. And it sure as hell isn’t Islam.